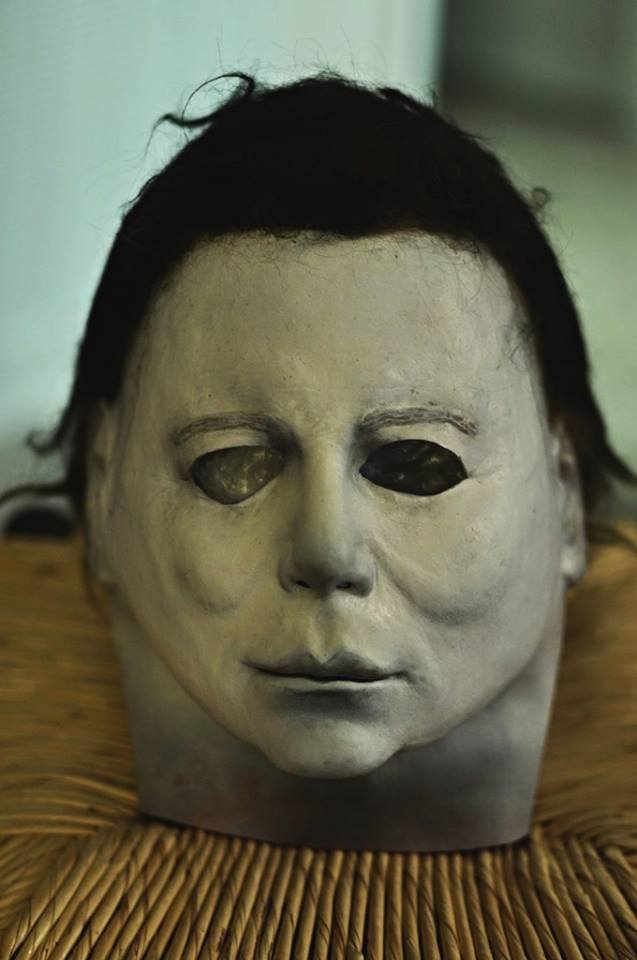 In  part one of our 4th Annual Top Ten Michael Myers Mask Replicas EVER, we counted down the Michael Myers masks ranking from numbers ten to six. In this second and final part we will reveal numbers five through one.

Part two of the countdown starts with this years NUMBER FIVE (number two last year), the legendary KHDW (Ken Hertlein/Dick Warlock) mask. This mask is the ONLY mask that was made with the artist having the privilege of viewing the actual hero mask used in Halloween and Halloween II first hand! After Dick Warlock portrayed Michael Myers in 1981’s Halloween II, he kept the mask he wore in the movie along with the knife, boots and coveralls. Sometime in the year 2000 he commissioned the very talented artist Ken Hertlein to come to his home and examine the hero in order to try and recreate this iconic mask. Measurements of Mr. Warlock’s head were taken as well as various measurements of the hero Michael Myers mask. The texture of the hair, eye cuts, spatial relations of the features, mask size and all other little nuances of the hero mask were all taken into account. The result is arguably the best Michael Myers replica mask the hobby has seen to date.  This is my copy that was recently transformed into my dream H2 mask by my good friend James Carter: 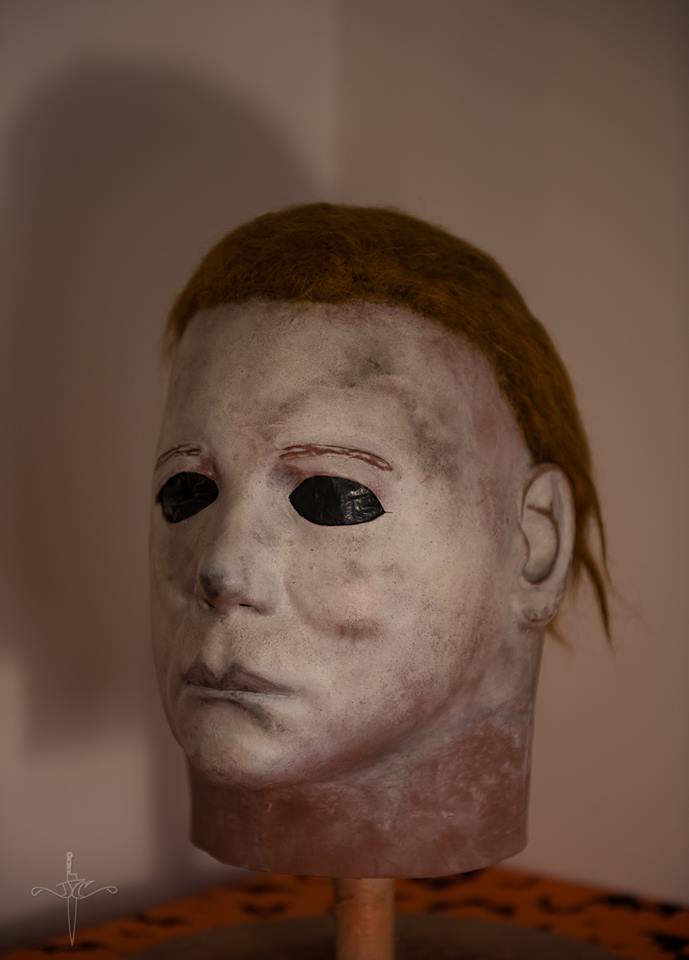 Coming in at NUMBER FOUR (rising three from number seven last year) is Nightowl’s NIGHTMARE MAN 78 “4-Stamp” (a.k.a. “4-stamper” or “NM78 4-Stamp”). Although there were other versions of this Michael Myers mask, the one that is considered by most to be THE version to have is this very limited, original “4-stamp” version. The “4-stamp” part of the name is due to the mask having four distinct stamps on the back of its neck. The first one states the name of the company (Nightowl Productions), the second states the owner/artist of Nightowl (Justin Mabry), the third states the name of the Michael-Myers.net member who had the 75 Kirk from which the mask was pressed from (Billy Kirkus), and the fourth stamp states the name of the mask itself (Nightmare Man 78). Only nine or ten of these Michael Myers masks were made. Shown below is member Deathwalk79’s excellent copy: 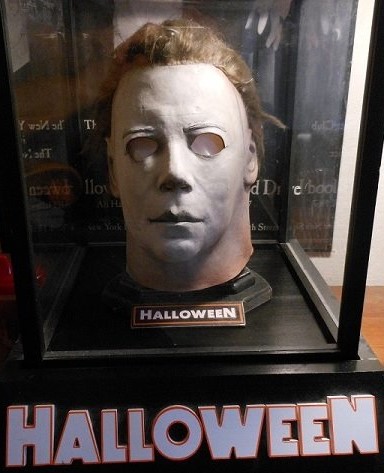 At NUMBER THREE is last year’s winner, Nightowl production’s SHAT mask. There are two available versions of this mask, the CREEP version comes as an already masterfully converted Michael Myers mask, straight from Justin Mabry himself. With its ghastly white paint up and solid quality, this is the best option for many people who want a very nicely done Michael Myers replica mask ready to wear right out of the box.   For those fans who would rather have the mask in a Captain Kirk form (or for those who like to send a Kirk mask to be customized into a Michael Myers by the artist of their choice) the SHAT (short for Shatner) mask is offered. Both of these masks are of excellent quality and have great detail whether you are looking for a Kirk or a Michael Myers replica mask.  Below is member “Hebudd’s” SHAT: 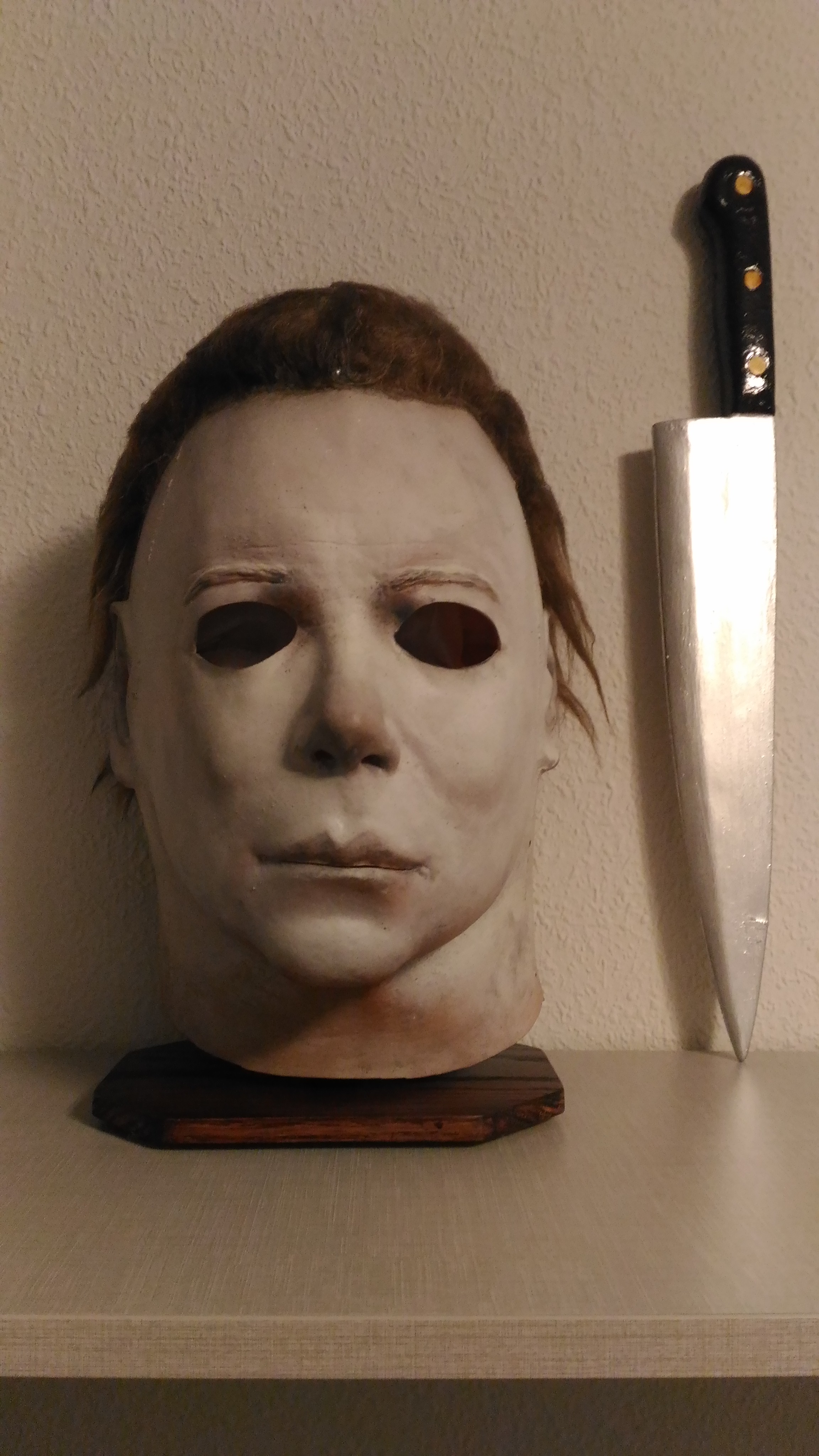 This year’s NUMBER TWO spot (last year at number five) goes to N.A.G.’s “2K” mask. This limited mask is simply known as the 2k as this was the actual cost for the mask upon its release. The 2k offers great detail and hair similar to that of a real 75 Kirk.  Below is member “CollectiblesUL” copy finished by Freddy Loper:

Time for the top spot! It appears that neither the Nightowl SHAT nor the NAG 75K wishes to be forgotten anytime soon! After the SHAT won the top spot in our first countdown, NAG’s 75K returned the favor the following year only to have the SHAT recapture the crown for the second time last year. NAG has now matched that feat.

This year’s NUMBER ONE (last year’s number three) spot belongs to N.A.G.’s “75K” (or 75 Kirk) mask making the 75K the second mask in our countdown’s history to claim the title twice! In 1998 Don Post Studios laser scanned a production pull 1975 Kirk mask in order to make a new Kirk offering. The resulting mask was the 98 Shatner. Two versions of this William Shatner mask were released, one a more expensive and detailed mask, and the other a more mass produced mask. There was also a 98 Shatner proto mask that was discovered which was an exceptional copy, retaining all of the details of this sculpt very nicely. It was from this Don Post 98 Shatner proto mask that the N.A.G. 75k was derived.  Seen below is a gorgeous 75k converted “H2 style” by James Carter and owned by member “its time Michael”: 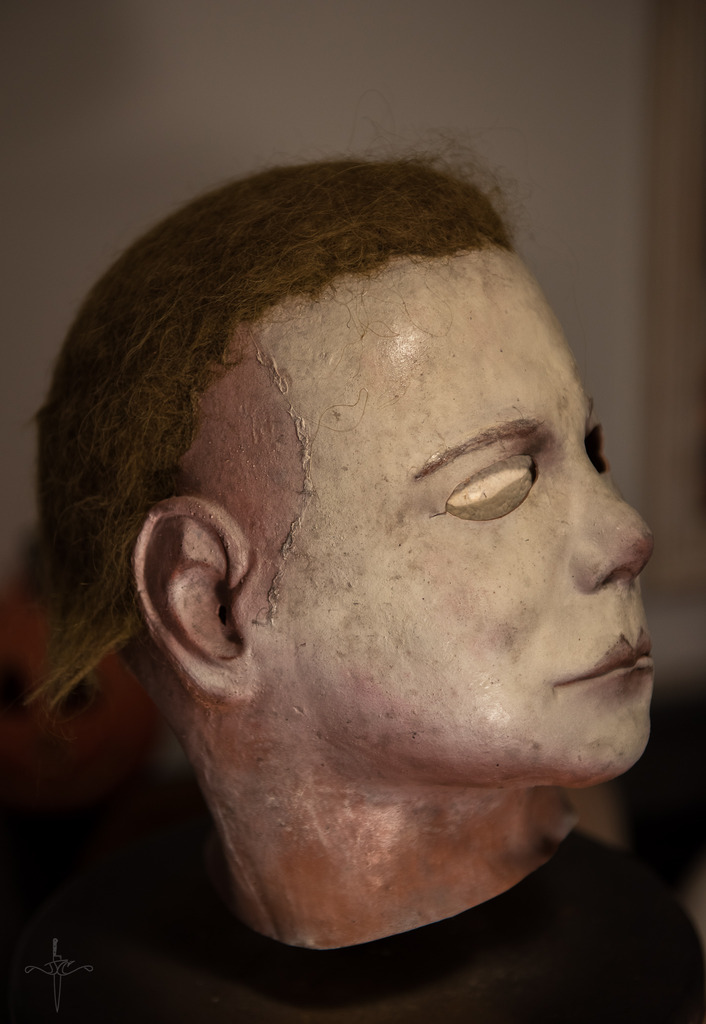 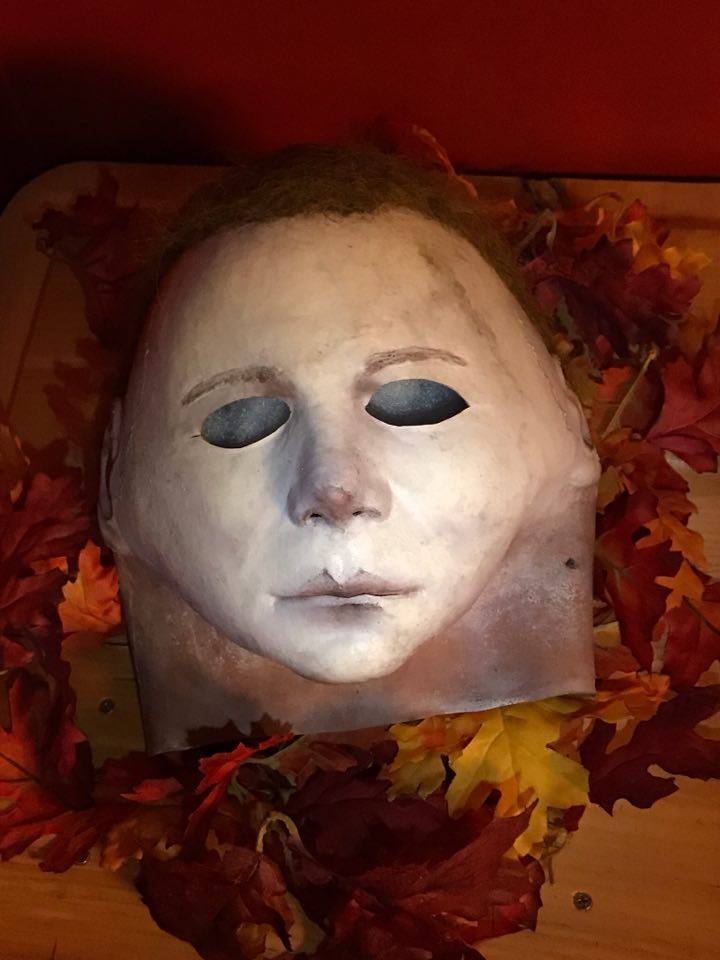 Congratulations to Nikolas Art Gallery for reclaiming the top spot.  After four annual polls, N.A.G. and Nightowl have dominated the top spot, each claiming the top position twice. Will next year see a new mask become the poll’s winner or will either the SHAT or 75K break this two-peat tiebreaker?  Visit us here at Michael-Myers.net this time next year to find out!

This concludes our 4th Annual Top Ten Michael Myers mask replicas of all time countdown, I hope everyone enjoyed it and all of you have a great Halloween 2016!