Featured Masks of the Month: July 2016 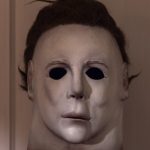 With so many great masks this month, it was tough to choose just a handful for this post. Below you will find the masks I liked best and a short description of why I picked them. Night Owl Second Stab finished by James Carter Owner: Benny (Michaelantern) JC’s latest mask is one of the best H1s, a Second Stab that … Continue reading →

Mike Flanagan Not Directing Next HALLOWEEN

July 4, 2016 · All About Michael Myers, Analyzing the HalloweeN Films · 0 Comments 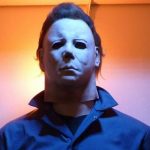 With the announcement of John Carpenter’s return to HALLOWEEN, there is a renewed interest in the franchise and the upcoming next film which will hopefully be released sometime in October 2017. As the months go by more and more information should be coming giving a clearer picture of what the eleventh film entry will offer. One piece of the puzzle we now know … Continue reading → 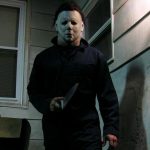 On May 23rd, the news was broken that Halloween will once again return. Making it, the third possible time it will after Rob Zombie’s Halloween 2 release back in 2009. The events are a little different this time around: John Carpenter was present for the announcement with Malek Akkad (Trancas Films) and Jason Blum (Blumhouse Productions). In this episode of Accurately … Continue reading →

Never Say Never: John Carpenter to Return for the Next Halloween Film! 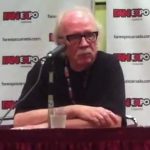 If this were the first of April I would have simply disregarded the GREAT news I read earlier this morning but being that it is not, my hopes for the next Halloween film are higher than they have been in years! Several credible websites are reporting that none other than John Carpenter (director of the original Halloween) will return as … Continue reading → 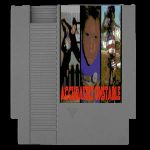 In this episode of Accurately Unstable: Derek (Creator and Owner of Michael-Myers.net) joins the show. First time he gets the chance to let everyone know how Myers.net all came together. It was really funny to hear which Halloween film he first watched as a kid and loved. He was able to explain a couple of the major factors that have happened … Continue reading →