In Haddonfield, evil walks in the form of Michael Myers (and the Cult of Thorn). A masked serial killer in your town is pretty bad, but there are other places that have endured their share of evil. HalloweeN III: Season of the Witch unfolded in Santa Mira, CA. In 1956, Santa Mira was invaded by the body snatchers. After the town got rid of the extraterrestrial pod people, it was taken over by evil executive Conal Cochran, played by actor Dan O’Herlihy. Cochran established his mask making company, Silver Shamrock Novelties, in Santa Mira. 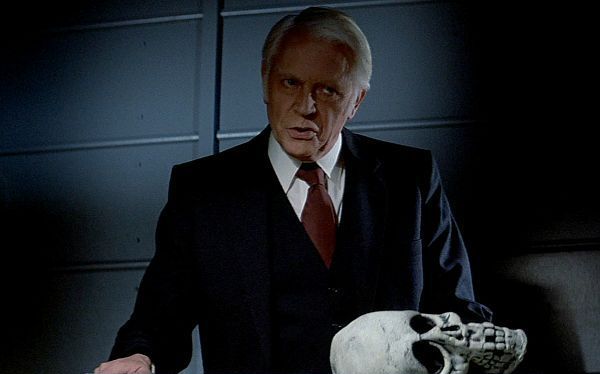 Cochran ruled the small city with an iron fist. The town’s economy depended on him and on the success of his Halloween masks. Soon, Cochran made his own kind of “pod people,” in the form of androids that obeyed his commands (some of them resembled Dick Warlock). Cochran planned to restore Halloween‘s true roots in order to change the world. To this end, Cochran used latex masks, futuristic computer chips, an annoying T.V. commercial, snakes and bugs, and good old fashioned ancient technology from Stonehenge.

Depending on which time zone one is talking about, Dan Challis may have been successful in thwarting Cochran’s malevolent plans. It was rather clear, though, that the evil mask maker had perished along with some of his androids. It was a big surprise, then, when Conal Cochran reappeared in 1990 in the Pacific Northwest – in a small town named Twin Peaks, to be exact. 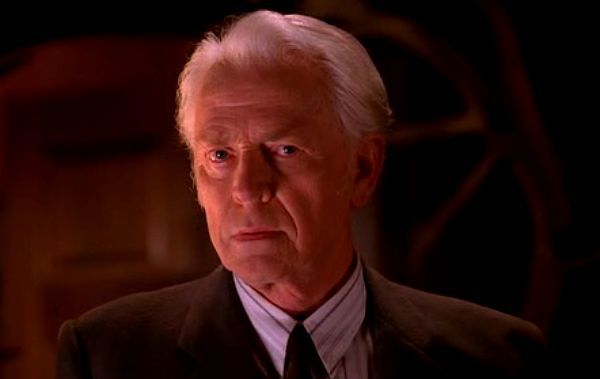 The town of Twin Peaks was coping with the murder of Laura Palmer. The case was investigated by FBI Special Agent Dale Cooper. Twin Peaks, like Santa Mira and Haddonfield, was no stranger to evil. Some of the residents of Twin Peaks claimed that an evil presence lurked in the surrounding woods.

Twin Peaks was a popular television show that aired in the early 1990s. Conal Cochran showed up during the latter half of the show’s second (and final) season. Actor Dan O’Herlihy channeled his Cochran character from HalloweeN III: Season of the Witch when he was brought to the show. O’Herlihy played Andrew Packard, a scheming businessman. His character was part of one of several unsatisfying subplots that were shoved onto Twin Peaks with the hopes of reversing its ratings decline. 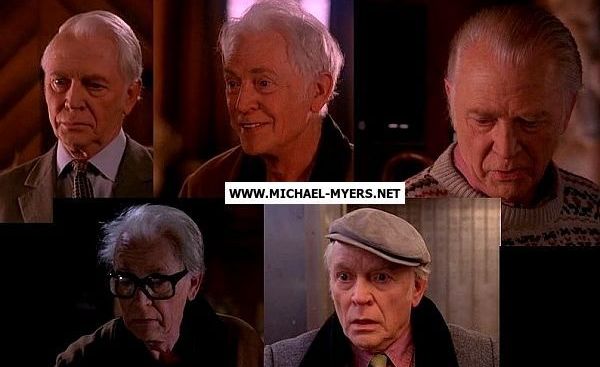 Unfortunately, the writers of Twin Peaks didn’t have anything too exciting for Dan O’Herlihy’s character to do (but his hair style did change from time to time). The T.V. network Showtime has picked up Twin Peaks for a third season – 25 years after the end of Twin Peaks’ second season. The new batch of Twin Peaks episodes are expected to air in 2016.

Back to “Andrew Packard” and “Conal Cochran.” Both were wealthy, ruthless entrepreneurs. Moreover, Packard met an explosive end. But even then, Conal Cochran‘s enemies could not count him out just yet. Cochran resurfaced in the year 2030 as the chairman of Omni Consumer Products in the city of Detroit, Michigan. After one has made evil Halloween masks, there is no going home again. 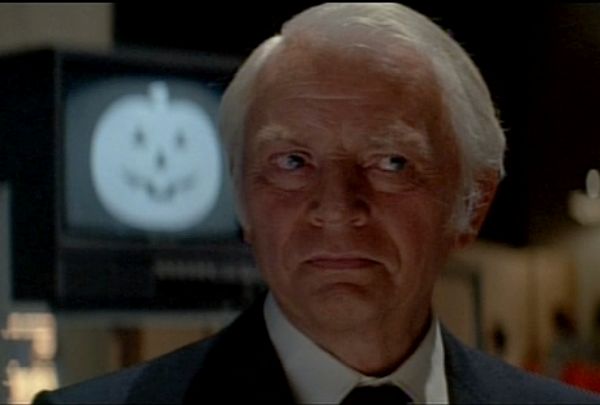 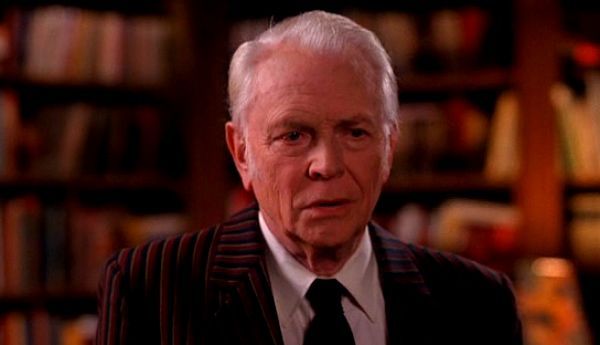