Many things excite me about this hobby. I’m especially fond of mask makers who push the boundaries with innovative sculpts and concepts. Featured here is DWN Productions, a mask and film company that isn’t afraid to try out new things. DWN were the first to introduce the melted Halloween III trio (Skull, Pumpkin, Witch) and now they offer the Shamrocked.

The Shamrocked is the Halloween III Pumpkin mask in an advanced stage of decomposition. It’s a mask that captures one of the best moments in Halloween III: Season of the Witch when the chip in the kid’s Pumpkin mask becomes activated. 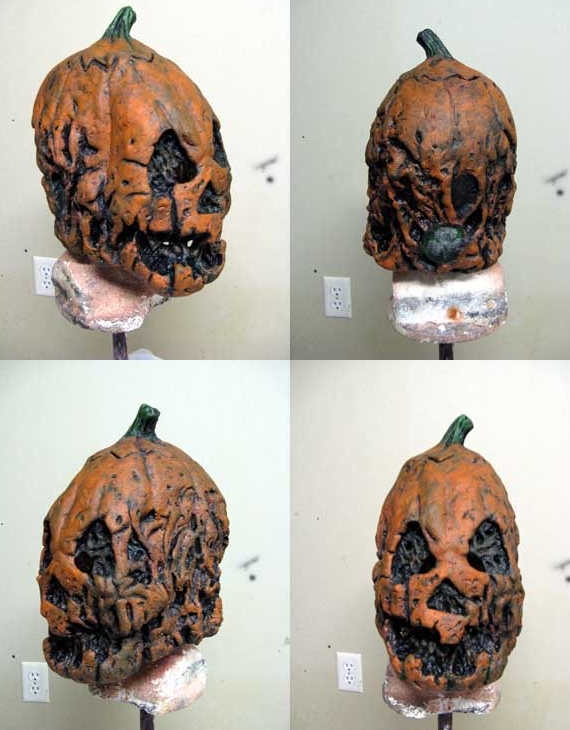 Recently, DWN Productions ventured into movie making. They released Race War: The Remake this year. Be sure to check it out: either get the DVD, which includes superb bonus features, or download the film for free via torrent files.

Available also from DWN Productions is Toasty. It’s a unique take on the Michael Myers mask after it was subjected to the blazing inferno at the end of Halloween II. Two different paintjobs are available for this mask. What I like about Toasty is that it does look like the mask was exposed to intense heat. In other words, Toasty isn’t merely a Myers mask with some extra weathering. In Halloween II, Michael Myers and his mask were completely on fire. Michael’s mask would’ve melted and been damaged. 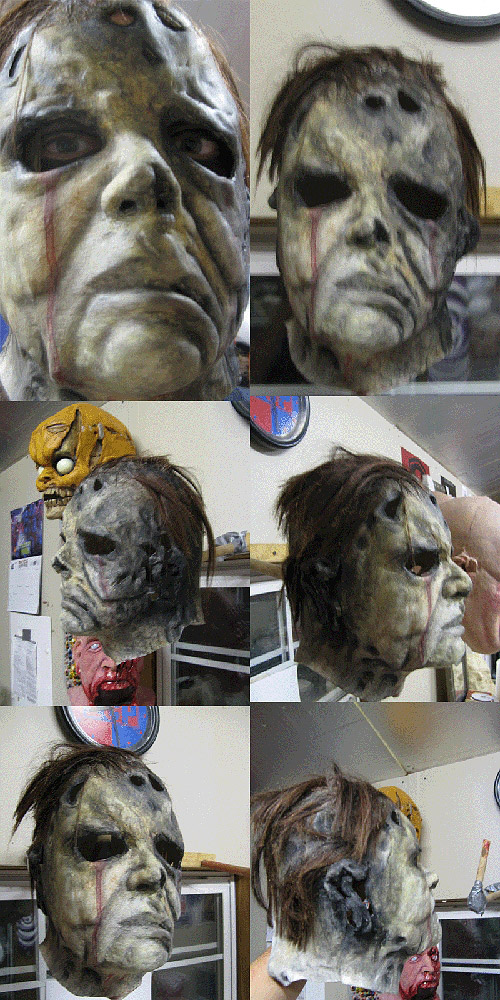 DWN Productions doesn’t limit itself to HalloweeN masks. They do custom work and paint, and they have an extensive variety of other characters. Such is the case with Hell Face. It’s a concept of how Jason Voorhees may have looked under his unremoved hockey mask in Jason Goes To Hell. It’s bathed in blood and gruesome. Jason really does look like hell. 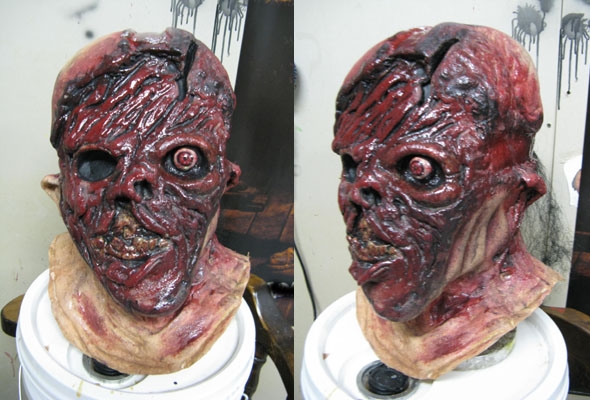