Michael Myers and HalloweeN III Masks in other Films

There have been several instances where a Mask from one of the HalloweeN movies has appeared in another film. I thought it would be interesting to document such cases – two at a time. The year of 1998 saw a resurgence in the slasher genre. This movement began with 1996’s Scream, which used parody to expand and revitalize the genre.

By 1998, Michael Myers was back on the big screen with Halloween: H20, but so was another slasher. Chucky was back with Bride of Chucky. This particular film made extensive use of parody and self-referential humor. It was a wise move on the filmmakers’ part to go in that direction at that time. The idea of a murderous little doll may have been too ridiculous when the millennium was breathing down our necks. By steering the Child’s Play franchise into the realm of comedy, the series made itself relevant again. 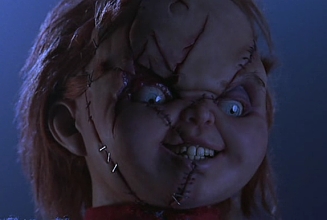 Bride of Chucky is not a bad film; it’s to the point and very entertaining. Not to mention Katherine Heigl stars in it and she looks very shapely and attractive. At the beginning of the film, Chucky’s chopped up remains are housed in a police evidence depository. Other evidence in that warehouse includes: A chainsaw, a hockey mask, a Freddy glove and… a Michael Myers mask. 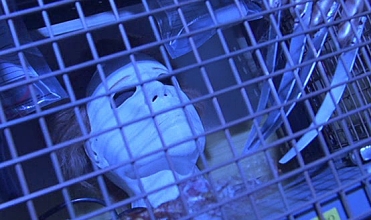 A Pinhead reference is also thrown in later on in the movie at the expense of John Ritter. Flash-forward to current times. 2011’s Hobo With a Shotgun is an effective throwback to violent exploitation films. The Hobo, played by Rutger Hauer, is not only a homeless man, but also an idealist. 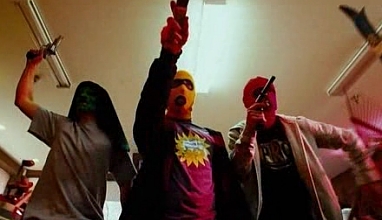 Much like Christopher Nolan’s Batman, The Hobo believes that corrupt society is not beyond redemption. The world is still worth saving. The Hobo becomes a vigilante when 3 thugs break into a pawn shop and threaten to kill everyone. One of the thugs wears a Halloween III: Season of the Witch style Hagatha mask. 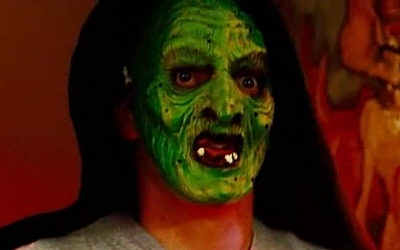 Bride of Chucky and Hobo With a Shotgun are extremely entertaining flicks. Too often, we get caught up in huge questions such as, “What is wrong with Horror these days?” We also tend to retrace the past seeking who to blame for the genre’s current state. Sometimes a movie is just a movie; and entertainment is just entertainment.