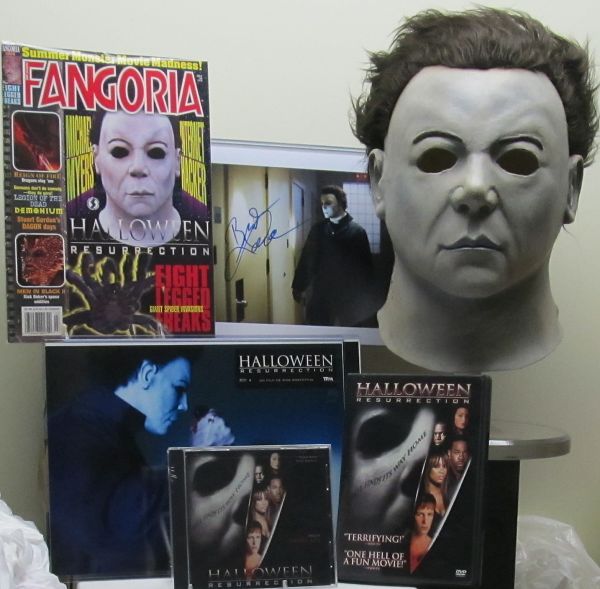 The Michael Myers mask is the Brad Loree Signature Series by SSN (find a review of the mask here). To the left of the mask is a photo autographed by Brad Loree, who played Michael Myers in Resurrection. Farther to the left is Fangoria Magazine, Issue #214. The feature article is, of course, on Halloween: Resurrection. The magazine report hints that Busta Rhymes may have been difficult to work with on set. It also conveys that Brad Loree was a cool guy, signing autographs for onlookers during filming. 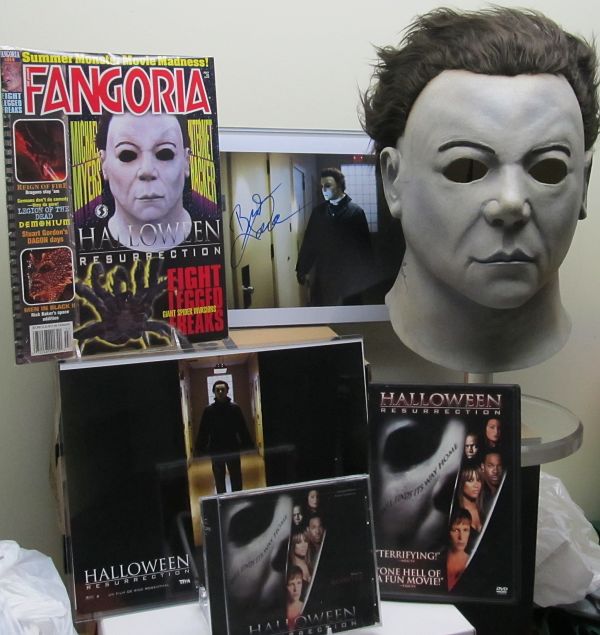 The bottom row of items are, from left to right: Resurrection lobby card, Halloween: Resurrection Soundtrack CD, and the DVD for the film. The lobby card is taken from a larger set. The image is crisp and clean. The music on the CD is by Danny Lux. Resurrection‘s score is rather echoey, so I don’t find myself listening to it very much. I missed Halloween: Resurrection in theaters, so the DVD holds some sort of small significance to me. I remember watching it for the first time on DVD and also enjoying the many special features (and noticing scenes in the “Head Cam Featurette” that were not in the movie’s theatrical cut).