During November 16 to 18, 2012, film star Jamie Lee Curtis was the main guest at HorrorHound Weekend in Indianpolis. To us, Jamie Lee is best known as Laurie Strode, the sister of Michael Myers. Her character has appeared in 4 of the HalloweeN films including: HalloweeN (1978), HalloweeN II (1981), Halloween: H20, and Halloween: Resurrection. Jamie Lee has rarely, if ever, attended a horror convention, so this event was guaranteed to be special. Jamie Lee signed autographs and posed for photos to raise funds for Children’s Hospital Los Angeles.

During her Q&A session at HorrorHound, Jamie Lee stated that she doesn’t see herself being in another HalloweeN movie, “unless [producer] Malek Akkad comes up with a frickin’ big ass payday for Jamie [Lee Curtis] where I might ultimately turn it over to a charity.”

According to the newspaper Indianapolis Star, Jamie Lee Curtis herself is a collector. She has a collection of items from every Halloween film she’s starred in. Here we see her at the convention showing off an original clapboard used in HalloweeN 1978 (photo courtesy of Indianpolis Star) 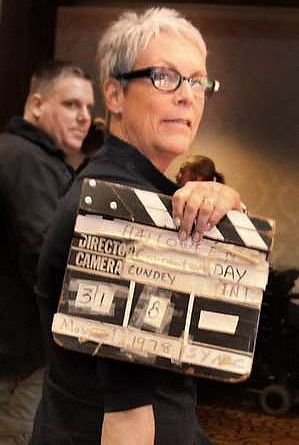 The many rules and restrictions for this event did not deter fans from wanting to meet Jamie Lee Curtis. The following video from wesvance shows a quick glance around Jamie Lee’s packed signing room:

This particular HorrorHound Weekend was primarily devoted to fans of the HalloweeN movies. Nick Castle, Tommy Lee Wallace, Dick Warlock, Chris Durand and Brad Loree, all of whom wore the iconic Michael Myers mask on the big screen, were also guests. Other actors who appeared in the films HalloweeN, HalloweeN II and Halloween III: Season of the Witch were at the event as well (strangely, director/writer John Carpenter was not scheduled to appear at this convention).

More photos of the event courtesy of Indianapolis Star: 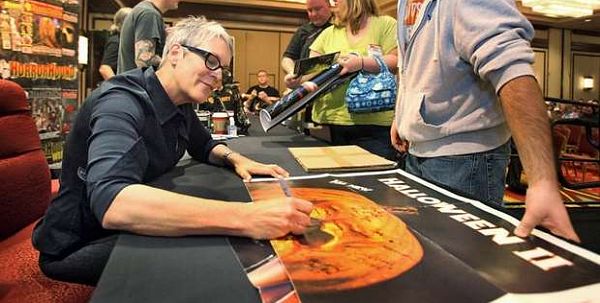 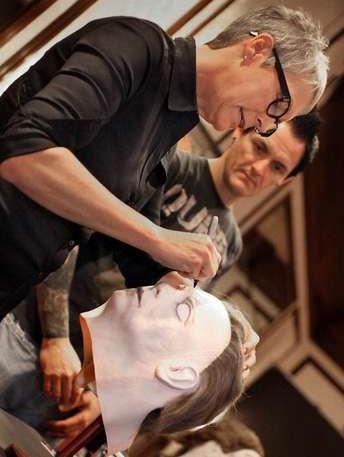 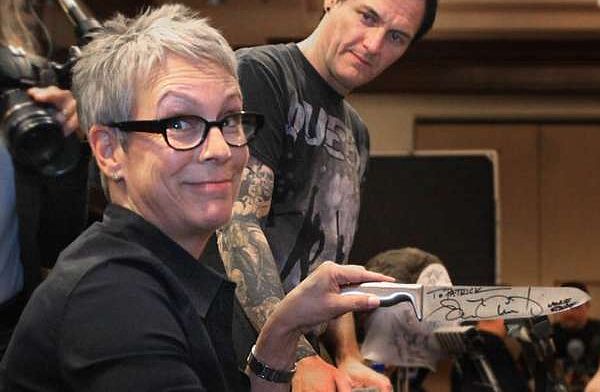 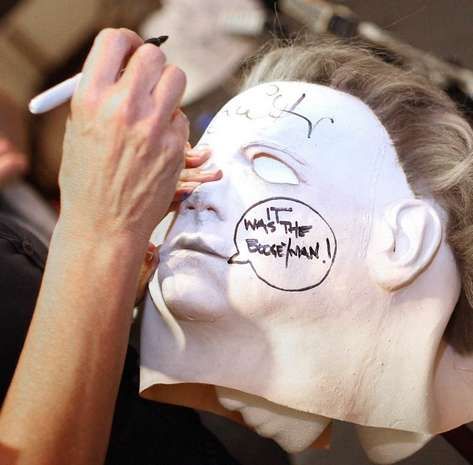