For many moviegoers, Halloween director Rob Zombie has a distinct style that is all his own. Examples of some of the elements that appear often in his films include plenty of profane language and abundant references to redneck culture. Rob also tends to give a leading role to his wife Sheri Moon Zombie in his movies. Whether you like his movies or not, Rob Zombie definitely likes to do things his way – even if that means keeping some things the same from film to film.

As Rob’s latest movie The Lords of Salem hits theaters, it’s time to take a look at some of the promotional artwork that features Sheri Moon Zombie as character “Heidi Hawthorne.” 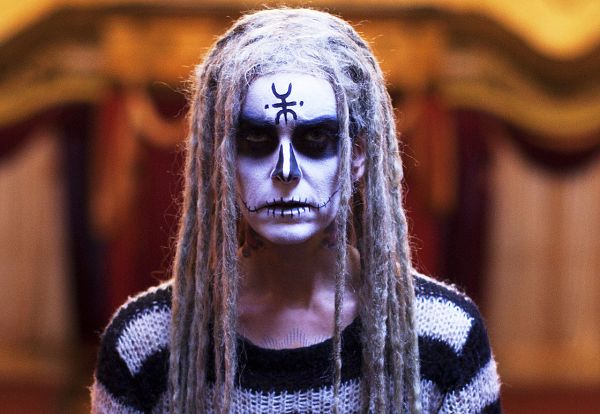 Upon seeing the above photo, longtime reader Mrs. Foreman informed anyone who would listen to her that Sheri Moon Zombie kind of, sort of resembled Scout Taylor-Compton’s Laurie Strode in Rob Zombie’s Halloween II (pictured below during a dream sequence). 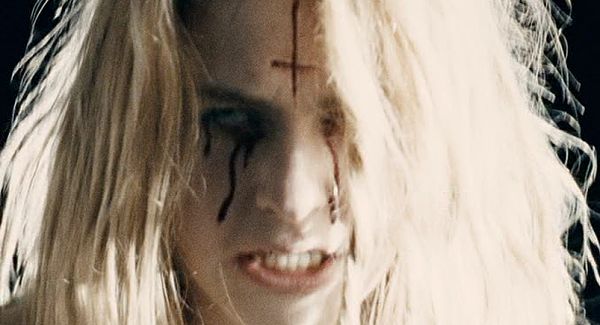 There’s somewhat of a similarity there, so Mrs. Foreman took things further and looked at Sheri Moon Zombie’s shadowy skeleton eyes in the first pic and then thought of the scene right at the end of Zombie’s Halloween II where Laurie is sitting in an insane asylum. As seen below, Scout’s eye socket areas also look hollow and darkened but she doesn’t have any marking on her forehead and her teeth aren’t exposed or painted on (she also looks like Kurt Cobain), 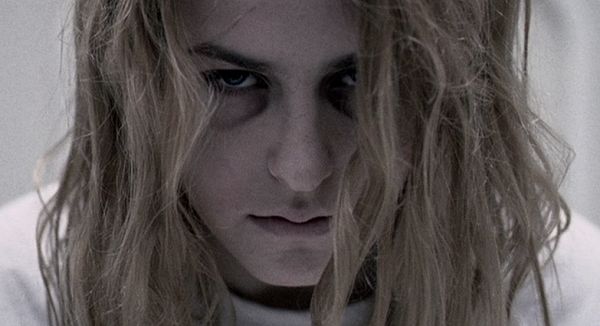 Whether or not Sheri Moon Zombie actually appears wearing skeleton paint in The Lords of Salem remains to be seen, but here is another photo of Sheri as ” Heidi Hawthorne” without the makeup, 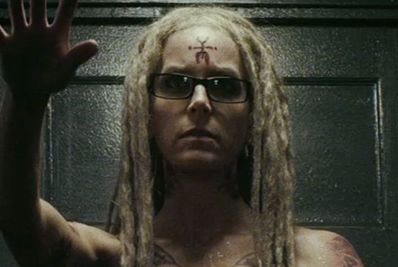 In this case, Sheri resembles a cross between Scout Taylor-Compton (Laurie Strode) and actress Brea Grant, who played one of Laurie’s friends (not the hot brunette one) in Halloween II, 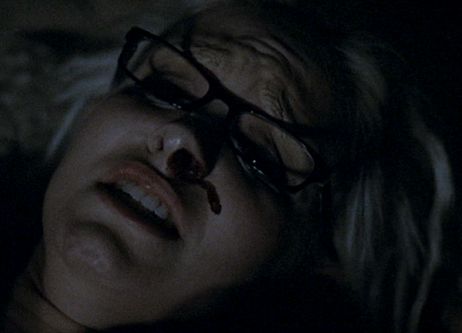