Malcolm McDowell has done a ton of acting work, but I know him chiefly as Dr. Samuel Loomis, the adversary of Halloween‘s Michael Myers. Of all the HalloweeN celebrities I’ve been eager to meet, McDowell has been among the most brusque. John Carpenter is laconic, but Malcolm McDowell, if he engages you in a conversation, manages to pack in something memorable during a hurried moment.

I met McDowell at Fan Expo Canada a few years back. At his table, McDowell was astonished for some reason, with his eyes popped out, when he saw that I had brought my own photos for him to sign. He asked, “What is that?!” Of course, the photos were from Rob  Zombie’s Halloween I and II. 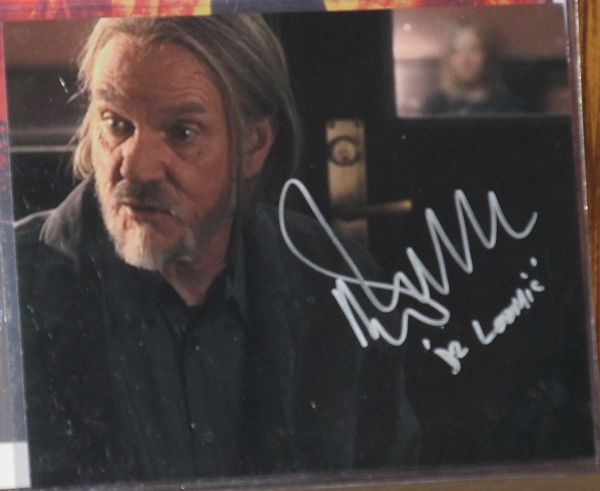 McDowell handled the iconic role of Dr. Sam Loomis in Rob Zombie’s Halloween films. He picked up my photos and stared at them. I chose the first photo, from Zombie’s Halloween, because it showed Dr. Loomis in the time before Michael Myers became his life’s work. Also, in the background of the photo, you can see the young Michael Myers. For me, this was a significant scene in the movie. This was one of the very first times that both Loomis and Michael appeared together in the same frame. When McDowell saw it, he commented on his hair looking “lovely.” 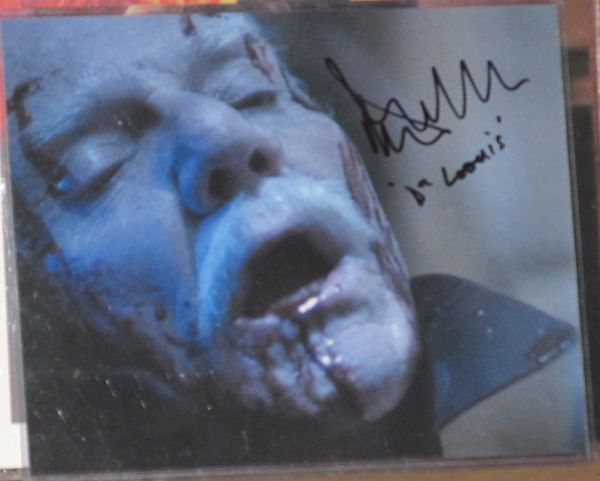 Next, McDowell signed the photo from Rob Zombie’s Halloween II. I liked the way that Dr. Loomis looked all bloody when Michael Myers started slashing him in the shed near the film’s conclusion. Upon seeing the photo, McDowell remarked that, “I appear to be in some distress [here].” McDowell signed both items, but then it occurred to him to simply put his character’s name beneath his signatures. Then, just like that, I was off to the side putting away the photographs in my bag. My entire meeting with Halloween‘s Dr. Loomis lasted less than a minute and a half.