On occasion, I am deluged with messages and emails from the readers of the Michael-Myers.net blog. Most of the readers who have reached out to me aren’t necessarily members of the forum. They have come across the articles via Facebook and Twitter. Many opt to contact me directly (for whatever reason) instead of leaving a comment in public.

I am indebted to all of the readers. As a small way of saying “Thank you for reading” I am going to share a small portion of the messages I’ve received along with my replies to them. I’ve obtained the permission of everyone involved to do this (I respect confidentiality and the fact that a Private Message is supposed to be private). Here we go:

Thaddeus Burns: Which is your favorite replica Michael Myers mask?
knowbody: For the HalloweeN 1978 look, I’m fond of a good copy of the NAG Cover Mask. I also appreciate the Nightowl Maniac. As far as sequel masks go, the Ssn Six from HalloweeN The Curse of Michael Myers looks pretty nice to me.

ILikeGuysWhoWearMakeUp: Outside of the Halloweens, what are some of your genre favoroites?
knowbody: Here are some titles that come to mind: Dr. Jekyll & Mr. Hyde (1931); The Exorcist; The Shining; The Silence of the Lambs; No Country for Old Men; Henry Portrait of a Serial Killer; Texas Chainsaw Massacre (1974); DeathDream/The Night Andy Came Home; Psycho (1960).

Miss Understood: Where’s your pic? I’d like to see what you look like lol (without a mask lol)
Here’s a recent photo during a lecture: 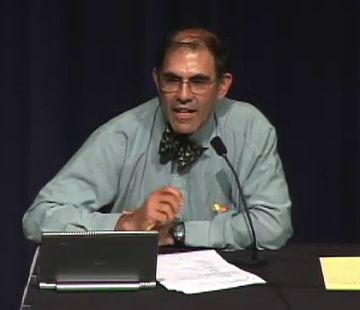 Irwin_Fletcher: How do I become a writer for the Michael-Myers.net blog?
You may contact the site’s owner, Derek. You may also get in touch with me at [email protected] There are really no prerequisites. So long as you enjoy writing and are a fan of Michael Myers, HalloweeN and/or masks we’d like to have you on board. Having a sense of humor is also good.

If you suffer from a mental disorder, then please disregard what I’ve just written. You have a condition that makes you voluntarily read something that you don’t want to read. Then it causes you to blame someone else for your own behavior. It also compels you to believe that a complete stranger can control and manipulate your time. This is a rare condition indeed. I’ll propose that it be included in the DSM-5 or DSM-6.

Empty_Obese_Ghost: Will u listen to me? I juss needed someone to talk to no one ever listens to me go ahead and reply man I really need it

Seth Brundle: Hi again… I have a problem…Oh god… I just sent you an email.
Hey Seth, I’ll get back to you ASAP.

Eddie B. Oblvous: Isn’t it true that all these questions nd comments are made up by you and your just replying to them pretending like they came from other people?
I’m not having this conversation.

The horror/sci-fi convention thing in Canada is not like it is in the U.S. I also heard that in Australia, Gillian Anderson was charging $150 for her autograph. It’s ridiculous given that the U.S., Canadian and Australian dollars are all at parity. Hopefully, the announced $80 fee for Jamie Lee Curtis at Horrorhound doesn’t set a new trend for autograph fees in the U.S.

Dyllan Da Facebook Macho Man: Which is da best looking woman celeb dat ya ever met in person, and gimme her number?!
I’d have to say Hayden Panettiere (starred in Scream 4, Heroes). Photos of her don’t do her beauty justice. She’s a thousand times more breathtaking in person (she almost seems to glow). As for the last part of your question: No. (It’s bad enough that you’ve asked for my number several times in previous messages). 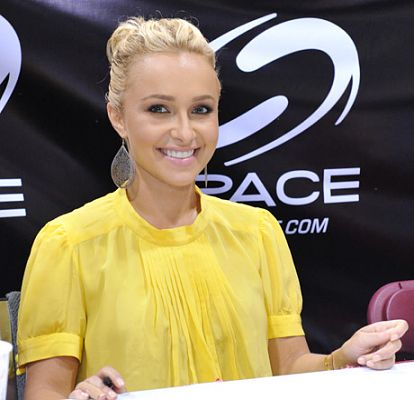