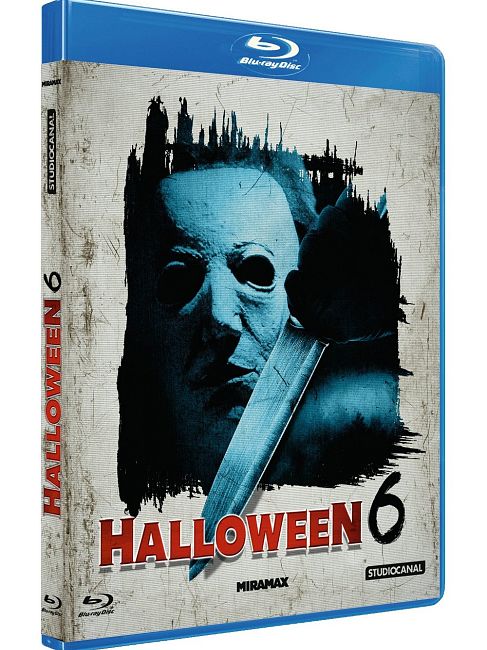 There’s just something off about that Michael Myers mask that doesn’t seem right. It looks like a fan wearing one of the lesser H6 mask replicas with swollen eyes. In fact, if I didn’t see this Blu-ray being offered by reputable online retailers, I would’ve thought that this was the cover for a fan made film. The special features for this Curse of Michael Myers Blu-ray are, get ready, a French language track and French subtitles.

The next Blu-ray comes to us from the German-speaking land of Austria. It’s the metalpak for The Curse of Michael Myers (not to be confused with the MediaBook). This metalpak is essentially a steelbook edition of H6, the Blu-ray is Region B. The presentation and graphics on the inside are all right, but, again, there’s something wrong with the image of Michael Myers on the cover. 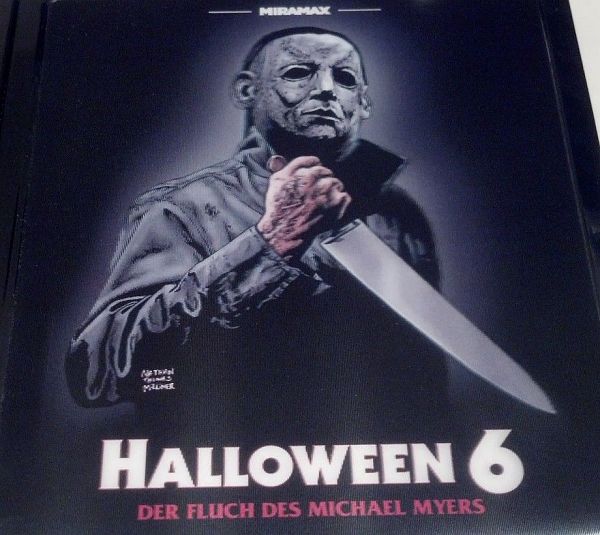 It looks like a fan dressed up as Michael Myers and striking a pose for the camera. And what the hell happened to the hair on the mask? The mask looks like it had all of its hair burnt off or combed back using an entire can of hairspray. Out of all the images of Myers that they could’ve selected to draw, why did they choose to draw an image of someone wearing a Raining Men, one of the lousiest H6 replicas around?

None of these H6 masks compare to the Official Halloween 6 Michael Myers mask made by Trick or Treat Studios. Here are more pics of the Blu-ray H6 Austrian Metalpak. 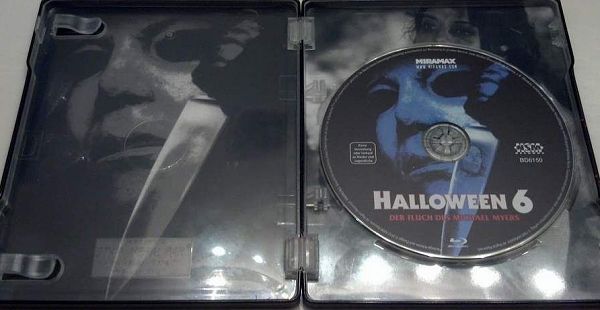 Since the Halloween The Complete Collection has come out already, all of these expensive import editions of the Halloween films are now pointless because they only have the Theatrical Cut on them (not the Producer’s Cut. Don’t be fooled by that one pic of Kara at the Thorn altar on the back of the Austrian Metalpak; the movie on there is the Theatrical Version). You’d really have to love Halloween 6, drawings/photos of crappy H6 Michael Myers Mask replicas and European subtitles to want to buy these import Blu-rays anymore. 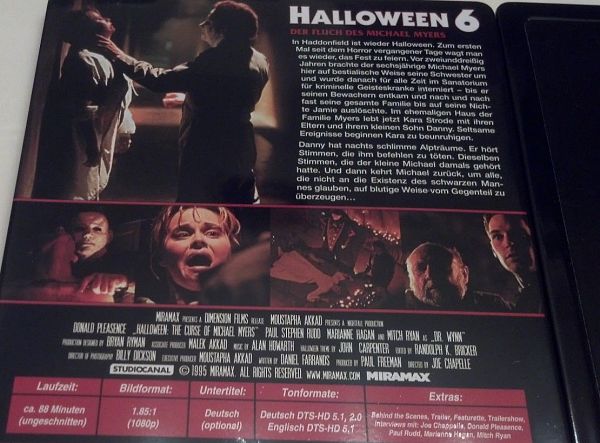