What will Halloween and Michael Myers fans think of this? Entertainment Weekly has revealed a photo of the mask that is to be used in the television adaptation of Scream. The classic mask that the GhostFace killer wore for 4 Scream films will not be used. Rather, a mask that Scream executive producer Jill Blotevogel has compared to the Michael Myers mask will be incorporated into the new TV series. Explains Blotevogel, “It evokes some of the Jason hockey mask and the white Michael Myers mask, but it’s still first and foremost evocative of the Scream mask. It’s sort of a reinvention while also paying homage.” 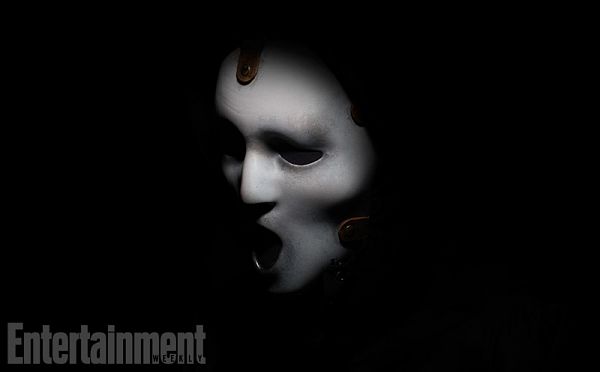 Check out the full article by Entertainment Weekly at http://www.ew.com/article/2015/06/04/scream-first-look-new-mask.