The most feared slasher with a mask took a break from stalking Haddonfield and traveled North to attend Fan Expo 2012 in the city of Toronto. Various Michael Myers incarnations were in town and were reunited with their creator John Carpenter. The best part about meeting these Michael Myers and HalloweeN fans was that they identified themselves as members of Michael-Myers.net.

I saw Myers more than once and lived to see another day. Not only that, but Michael was accompanied by Dr. Hannibal Lecter on one occasion. Also, a strange dude dressed as Bane from The Dark Knight Rises approached me. He told me that he was the “anonymous collector.” I couldn’t understand much of what he was saying because of his mask. He went off on something about his “big arms.” It doesn’t really matter. He didn’t let me take his photo. 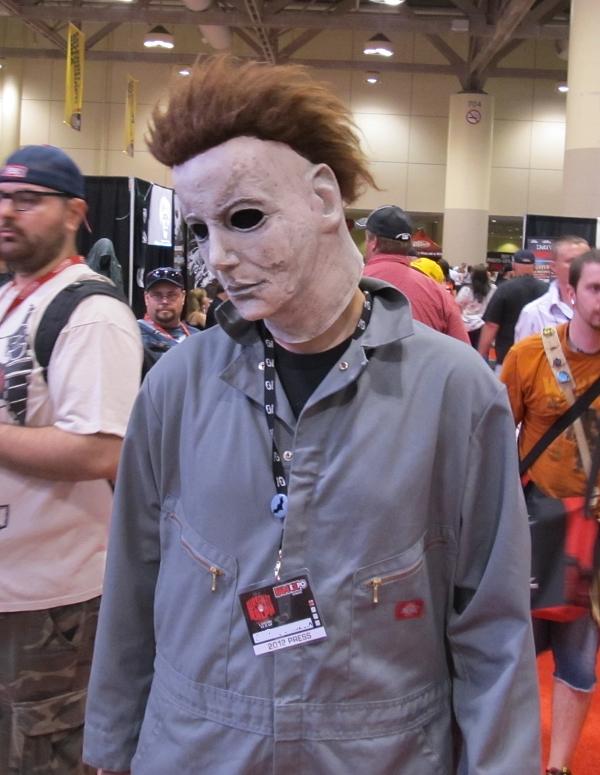 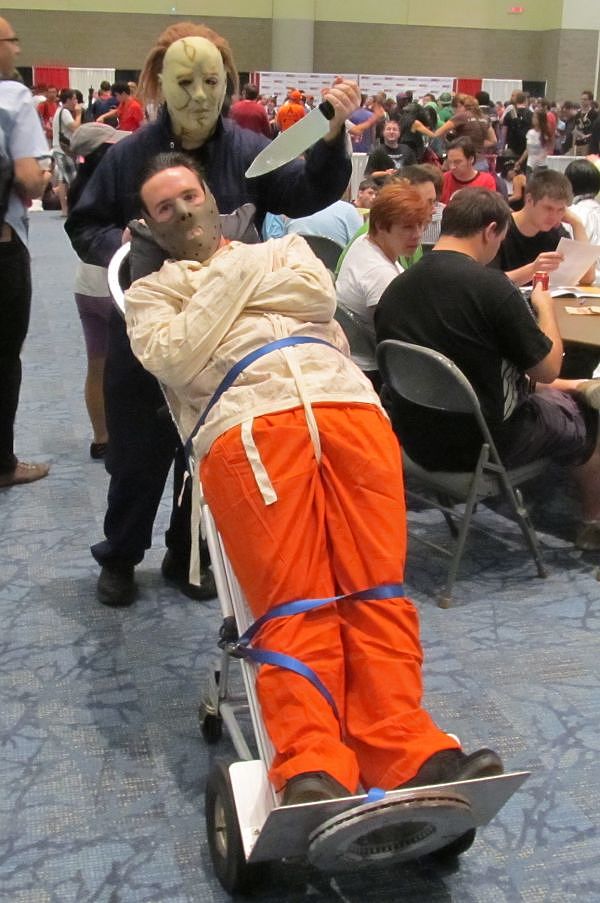 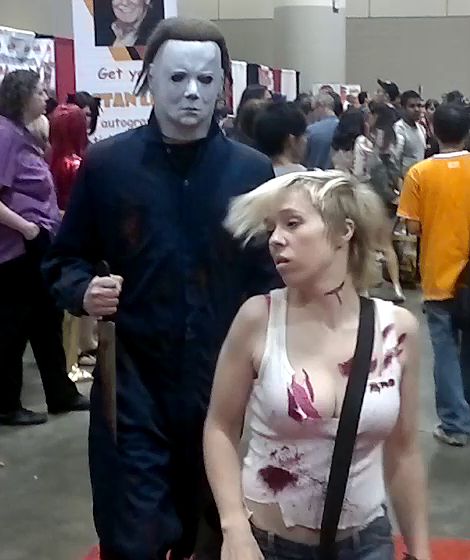 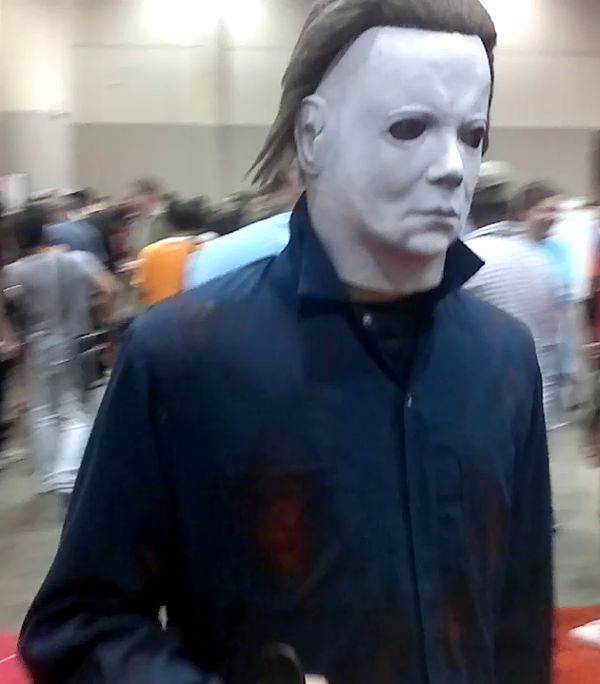 I trust that these Michael Myers lookalikes made it home safely (i.e. no mistaken identities, no exploding cars and no shootouts).