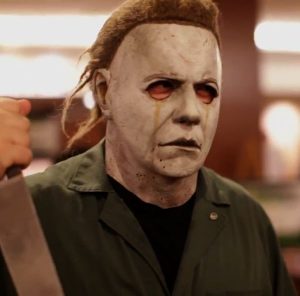 There is a strong buzz being generated that Malek Akkad (producer of the Halloween franchise) may be planning on a Halloween limited series television event!

A television reboot of Halloween would be a “limited series event,” with the option being restricted to a 3-to-5 season commitment akin to Guillermo del Toro’s TV adaptation of “The Strain,” according to Bloody Disgusting.

Does this mean we shouldn’t expect a refresher of the Halloween film franchise? According to their source, things haven’t gone as planned, and that’s why a television series is the new focal point for the producers/rights holders.

With European Film Market wrapping last week, FANGORIA received word from a filmmaker who wished to remain anonymous, that the newly available franchise may have skipped EFM in order to pursue a small screen alternative. While these reports are unconfirmed and should be taken with a grain of salt, our source says that the producers of the HALLOWEEN franchise have recently begun discussions with potential network representatives to bring Michael Myers to television. However, one shouldn’t expect HALLOWEEN to be the next WALKING DEAD: our source has said the television reboot would be a “limited series event”, with the option being restricted to a 3-to-5 season commitment akin to Guillermo del Toro’s TV adaptation of THE STRAIN.

I, for one, would welcome a television series event.  Using this format I think there could exist the potential of much more attention to storyline which is KEY to the success of any good story.  The characters could be developed in a way that the audience would be more invested, rather than Michael just killing off meaningless “numbers”.

There would also be the chance to add backstory (hopefully correctly, not with a “talking Michael”) such as scenes involving the “early years” of Dr Loomis’ time with Michael Myers.  I think the idea of “seeing” some of the things Michael did during the time between 1963 and 1975 through Dr Loomis’ memoirs (or the like) could make for great television.

I and many of you were very disappointed to recently hear that Halloween Returns was shelved and it was unclear when Michael Myers would be returning to the big screen.  If this news of Malek Akkad looking to bring Halloween to television proves true, the tradeoff may end up being the best thing that has happened to the franchise in some time!