Michael Myers, with his mask, coveralls and knife, decided to show up at the recent Texas Frightmare Weekend 2014 horror convention – in addition to other celebrities like Bill Moseley (who played Z-Man in Rob Zombie’s Halloween and also had a role in Texas Chainsaw 3D), Tom Morga (who played Michael Myers for a little bit in Halloween 4 The Return of Michael Myers), George Romero and Tom Savini. The pics show something you don’t see too often which is Michael Myers with his hand in his pocket. 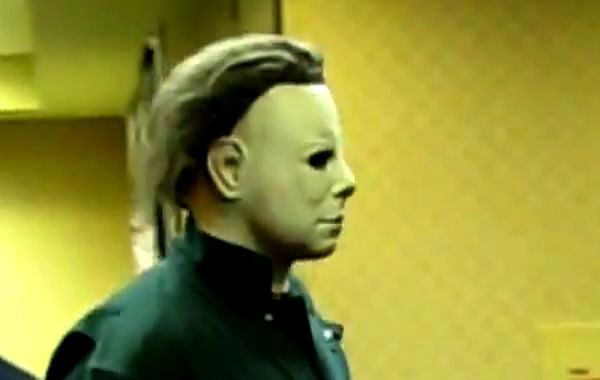 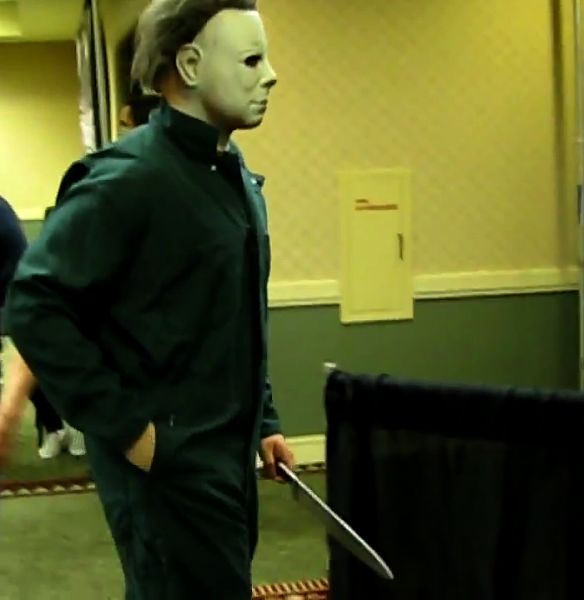 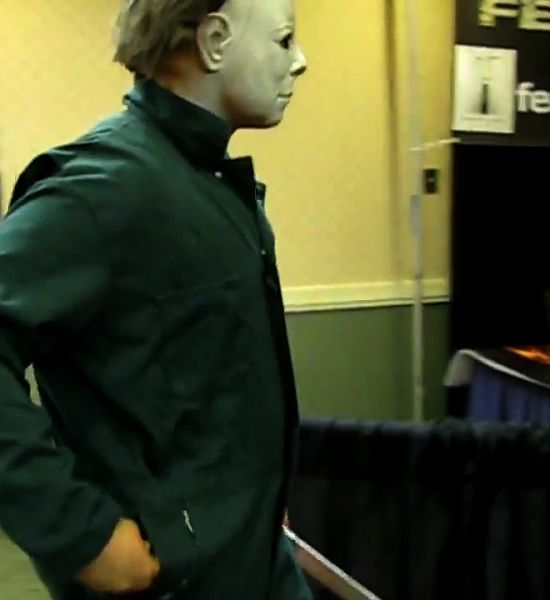 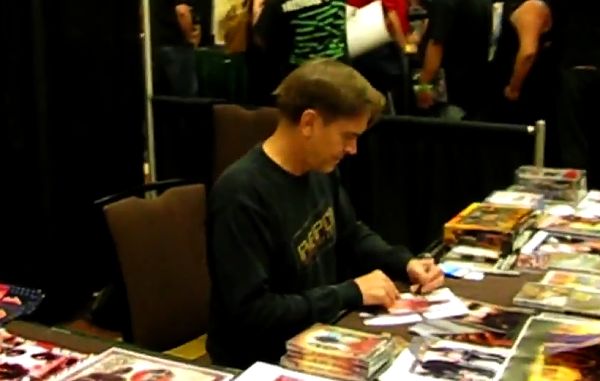 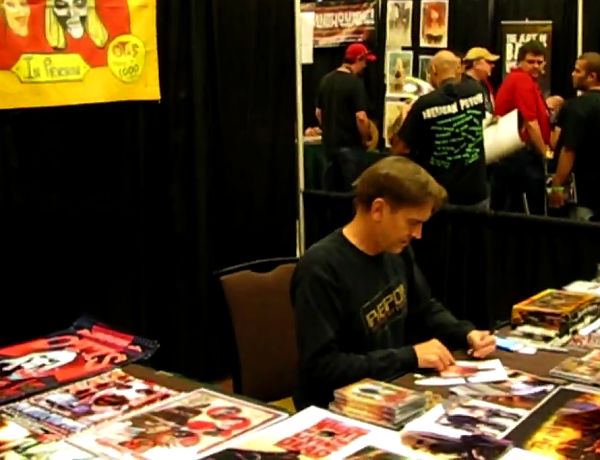 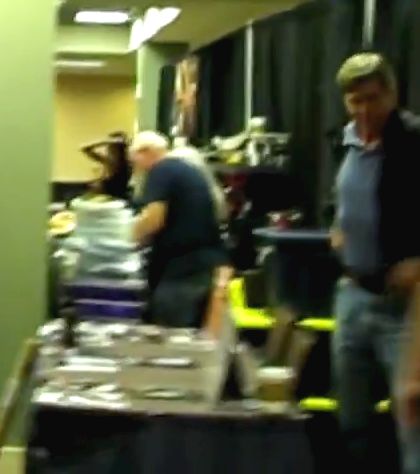