This 2010 endeavor stars William Forsythe, who does an outstanding job playing psychopath John Wayne Gacy. Forsythe also starred in Rob Zombie’s Halloween (2007) as Ronnie, the boyfriend of Michael Myers’ mom Deborah. Dear Mr. Gacy is based on the real life experience of 18-year-old Jason Moss. In 1993, Jason contacted Gacy (and other serial killers) as part of research for a paper in his criminology class at university. Jason sought to investigate Gacy and obtain valuable psychological information concerning the criminal mind.

In this film, Gacy is incarcerated and sitting on death row for the rape and murder of 33 people. Jason’s strategy is to write a letter to Gacy by assuming the role of a potential victim (a young, vulnerable, attractive male). This means Moss will be playing a dangerous psychological game with a madman. By fate or by chance, Gacy picks out Jason’s letter and replies. Jason and Gacy’s relationship grows to include lengthy phone calls and a face-to-face meeting. 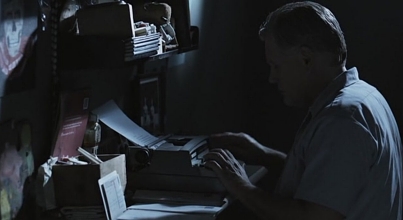 Jason’s involvement with Gacy causes him to descend into mental darkness. Jason becomes withdrawn, irritable, angry, impulsive, paranoid and unstable. Jason is consumed by Gacy’s twisted view of the world. As his life begins to fall apart, Jason realizes he has to stop communicating with Gacy, but he can’t. In this story, John Wayne Gacy has influence in prison and “friends in high places.” Gacy threatens Jason by saying, “Don’t go taking your friendship away from me and I won’t have to take something away from you. Always remember who I am.”

While we know that Gacy was ultimately executed, he is always an unpredictable danger in Dear Mr. Gacy. Because he has connections outside of prison, Gacy is capable of causing great harm. Gacy covers the travel expenses for Jason to come visit him. In a few days, Gacy will be given the lethal injection. The two men meet in person. But, will Jason become another of Gacy’s victims? 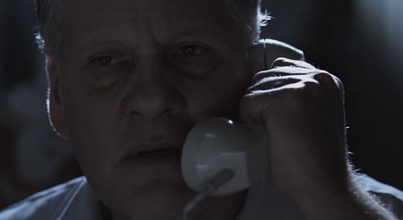 We are shown a few flashbacks to when Gacy was a free man. One flashback is particularly brutal. It is a scene where rape is implied. William Forsythe looks like the devil in that sequence. That scene is also where Gacy utters his famous line about his handcuffs: “The trick is to have the key.” Forsythe brings Gacy to life complete with a lispy voice, subtle effeminate mannerisms, eyes that stare right through you and a face that can be unassuming or monstrous.

Dear Mr. Gacy has a rather slow beginning. It is a crime drama, not an all out horror film. The performance by actor Jesse Moss (who played Jason Moss – no relation) improves as things move on. The other actors, specifically Jason’s parents and his heavily clothed girlfriend Alyssa, are horrendous. Thankfully, the narrative is engaging enough to keep you hooked. Dear Mr. Gacy has a good script, decent acting by Jesse Moss and an outstanding effort by William Forsythe.

The trailer for this movie can be seen below: