Here’s a curious video that came my way; it’s from Horror Hound Weekend that took place in Cincinnati over the past few days. Youtuber jtapsvideos recorded this video as he walked around stalking Michael Myers. Looks like Michael Myers, wearing his mask and costume from Halloween Resurrection, wanted to get something to eat or go to the washroom but realized he was being tailed. Also at the event was Michael Myers from Halloween II (see pics below). The Horror Hound convention had a big turnout on the strength of celebrities like Bruce Campbell (as part of an Evil Dead reunion), Michael Rooker, Scott Wilson, Clint Howard and Sean Patrick Flanery. 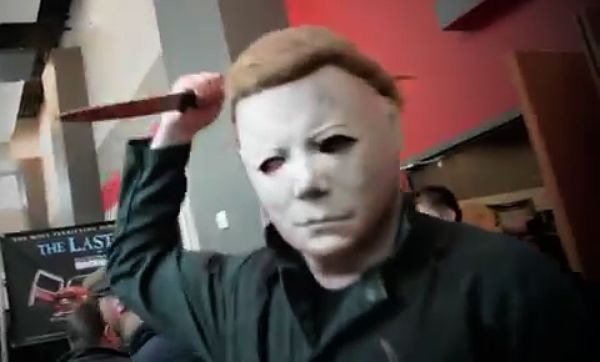 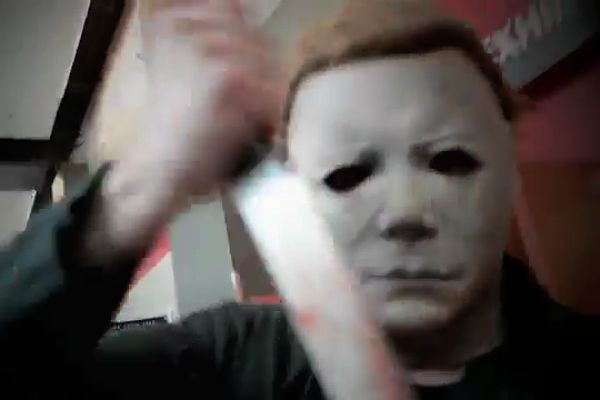