Apollo 18 : Houston, we have a Problem

The found-footage genre took us deep into the woods with The Blair Witch Project (1999). It exposed the ghost of John Wayne Gacy in 8213: Gacy House (2010). It documented a demonic entity in the Paranormal Activity series. In Diary of the Dead (2008), found-footage highlighted the deceased returning to life. With Apollo 18, the genre heads into the darkness … Continue reading → 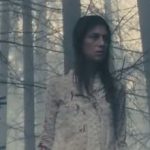 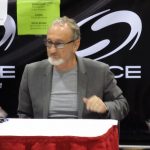