Due to arrive in theaters in February 2012 is Chronicle. As mentioned here a few months ago, Chronicle is mostly a found-footage film. The story concerns a group of high school students who obtain supernatural powers. Judging by this new clip that has been released, one of the high school teens is set to cause some major trouble. You can … Continue reading → 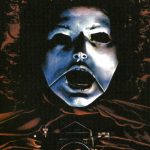 The trailer for the forthcoming movie Chronicle has been released. It looks to be a found-footage film that deals with a group of teens who come to possess supernatural abilities and powers. From what can be discerned from the trailer, Chronicle seems to combine humor, thrills, mystery and strange scenes and happenings. If Chronicle is a found-footage venture, then it will be … Continue reading →