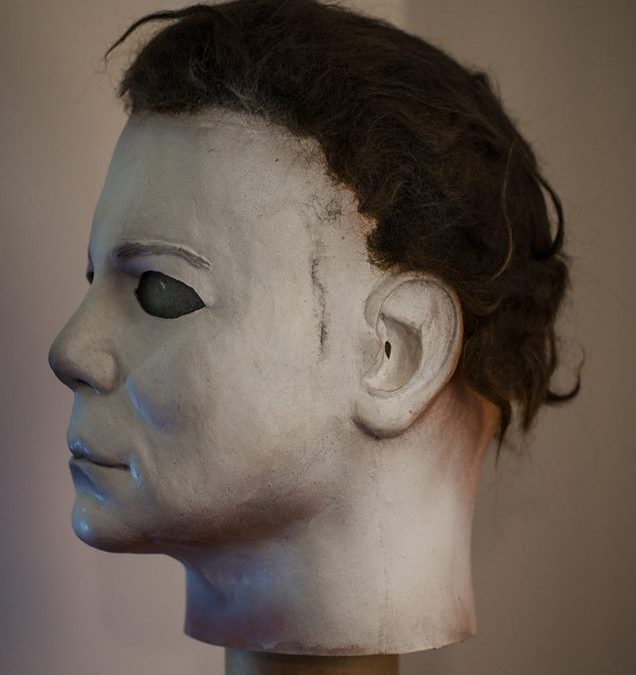 Halloween is once again upon us and so is our annual top ten Myers mask replicas countdown.  The votes from our members have been counted and the results are in, the masks that landed at spots ten through six are listed below .  The results for spots five to this year’s number one will be listed in part 2 of this countdown.

At NUMBER TEN we have a new entry to the countdown, Death Row Masks’ “H1SM” (Halloween 1 Stretch Mask). This mask is one of the replicas that can claim direct lineage to a real Don Post Studios’ 1975 Captain Kirk mask. Due to this lineage it captures nicely some of the features of the Michael Myers hero mask seen in John Carpenter’s classic HALLOWEEN . Below is a recent H1SM finished up and looking ready for mayhem: 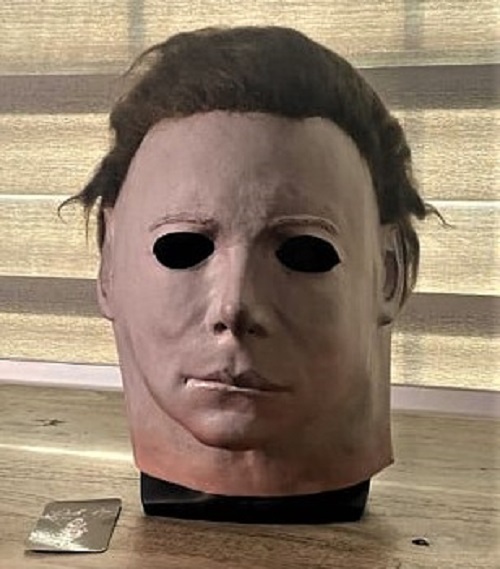 At NUMBER NINE this year is the N.A.G. (Nikolas Art Gallery) “2K” mask. This limited mask is simply known as the 2k as this was the actual cost for the mask upon its release. Ten sets of the 2K (ten Kirks and ten Myers) were originally released followed by five sets of a retooled 2k. The 2k offers great detail in the sculpt and hair similar to that of a real 75 Kirk, making it one of the favorite Myers mask replicas for serious collectors. Seen below is member Roderick Tan’s copy finished by James Carter: 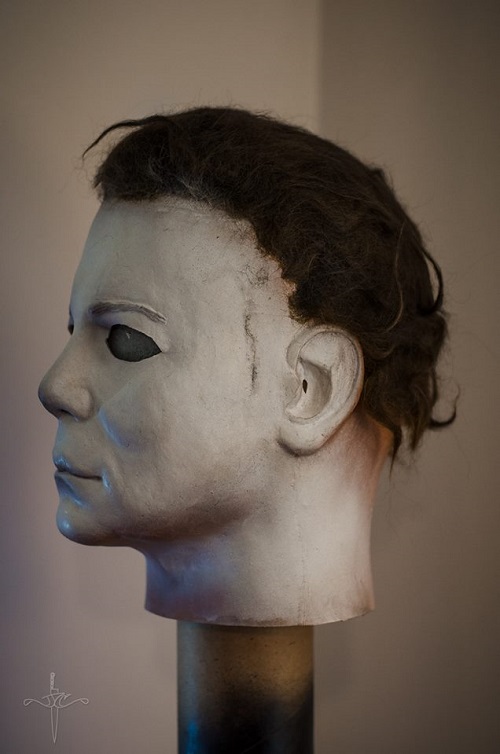 This year’s NUMBER EIGHT is an old favorite of ours, Nightowl/Justin Mabry’s legendary mask replica THE PSYCHO.  This is one of the best selling and most beloved Myers replica masks the hobby has seen to date. The Psycho mask was a retool of Justin Mabry’s previous “Nightmare Man ’78”. In essence, it became an angrier and more intense variation of its predecessor.  Below is my own copy of the Psycho mask variant ’81 version: 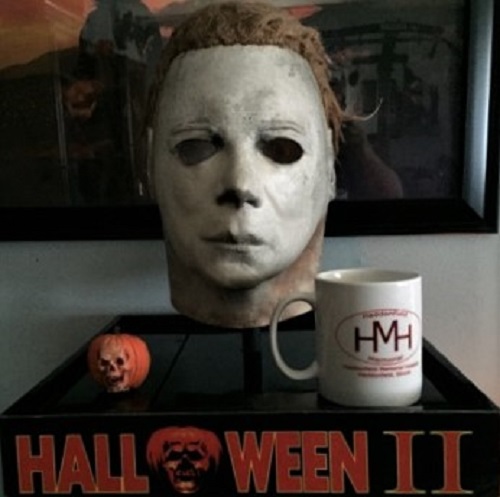 Moving up to NUMBER SEVEN (from number eight last year) on this year’s countdown is the  “KHU” (Ken Hertlein Ultimate) mask. Ken Hertlein is responsible for (arguably) the most sought after Michael Myers replica mask in the hobby, the beloved KH/DW. He is also known for his successor to the KHDW, the KHSLE. In July 2017 it was announced that Ken thought he could improve on his first two H2 efforts and bring us the “ultimate” H2 mask. Besides being a great Halloween II replica mask the Ken Hertlein Ultimate also has two really cool unique features. One feature is a watermark of sorts, a skull face was added into the paint of the mask itself that is only visible with the aid of a black light. The second feature is these masks come with a single hair from the actual hero mask used in the original Halloween and Halloween II. Some have this hair laminated into the COA and some have the hair sealed in the neck or hairline. I’ve heard some have one laminated on the COA in addition to having one sealed inside the mask.  Below is Caleb Croft’s standout copy: 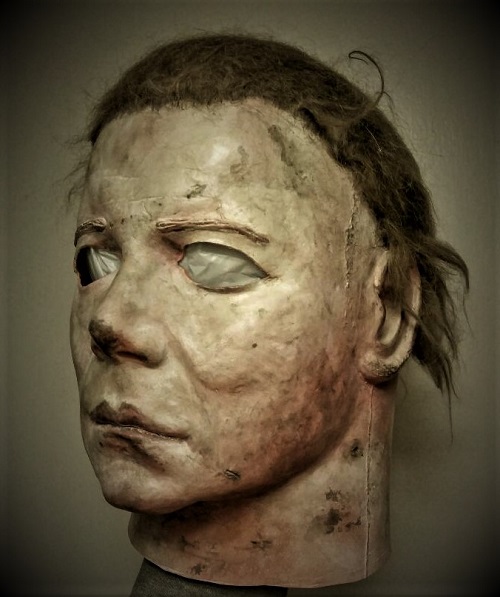 This year’s NUMBER SIX is the legendary KHDW (Ken Hertlein/Dick Warlock) mask. After Dick Warlock portrayed Michael Myers in 1981’s Halloween II, he kept the mask he wore in the movie along with the knife, boots and coveralls. Sometime in the year 2000 he commissioned the very talented artist Ken Hertlein to try and recreate this iconic mask. The look of the mask’s paint, texture of the hair, eye cuts, spatial relations of the features, mask size and all other little nuances of the hero mask were all taken into account. The result is one of the best replicas the hobby has seen to date. Below is weana0815 doing a full costume KHDW pic showing off this masks’ greatness nicely: 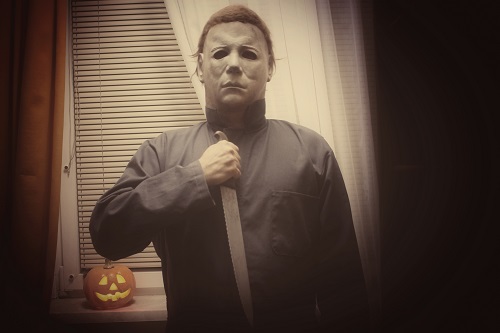 That’s if for the first part of our countdown, part 2 which will reveal the top five spots will be revealed soon!