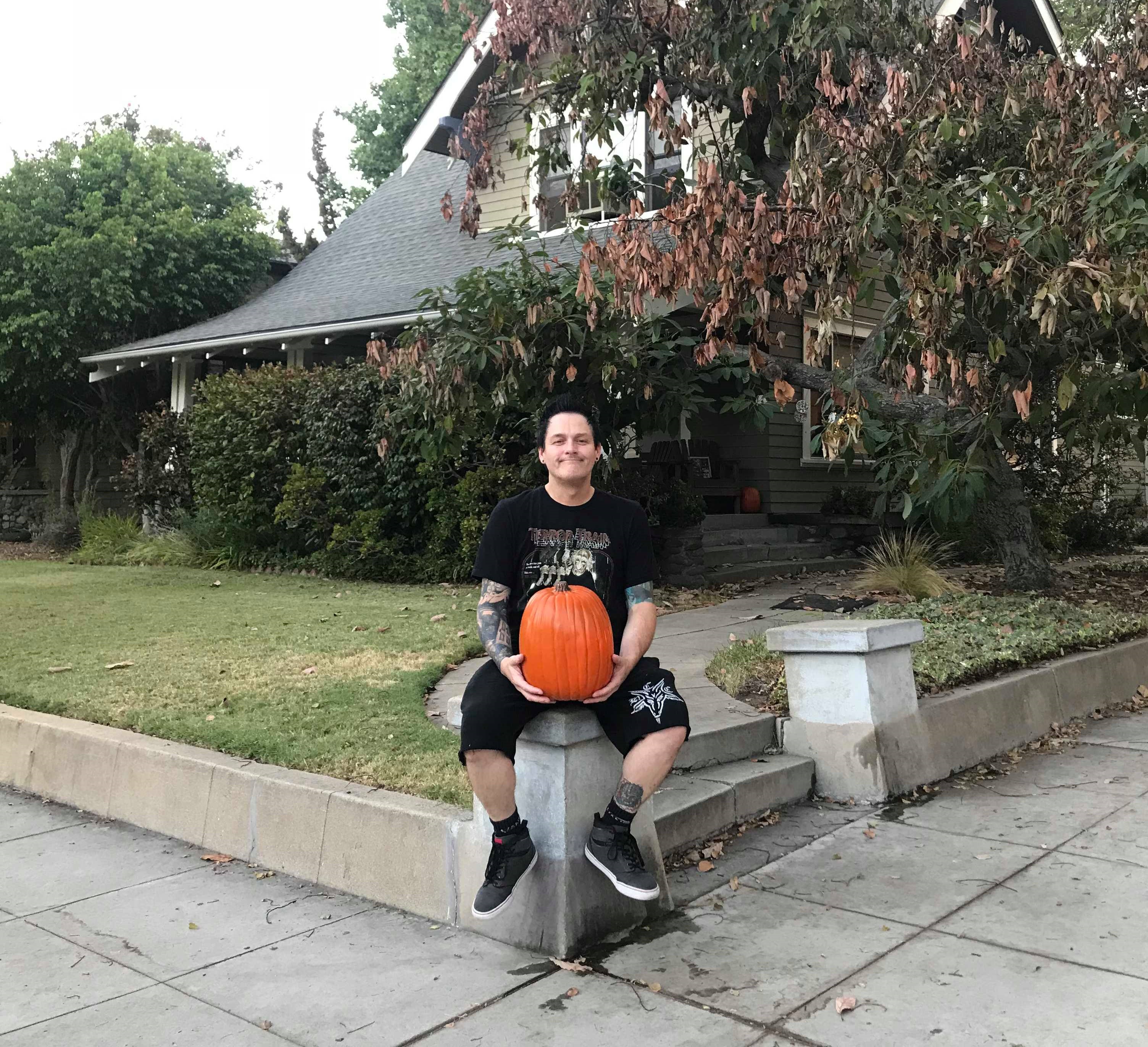 Oh my!  Oh boy!  It’s time once again for the Artist Spotlight series!  We truly hope you’re loving these chats and getting to know our beloved artists better.  You can catch up on past installments HERE

This edition’s guest needs no introduction for most of us here at Michael-Myers.net.  Yes, folks, Sean Clark can be credited as being among the first pioneers of the Myers replica hobby as we know it today.  He’s also the man responsible for bringing countless horror icons to meet us fans face-to-face at conventions around the country. 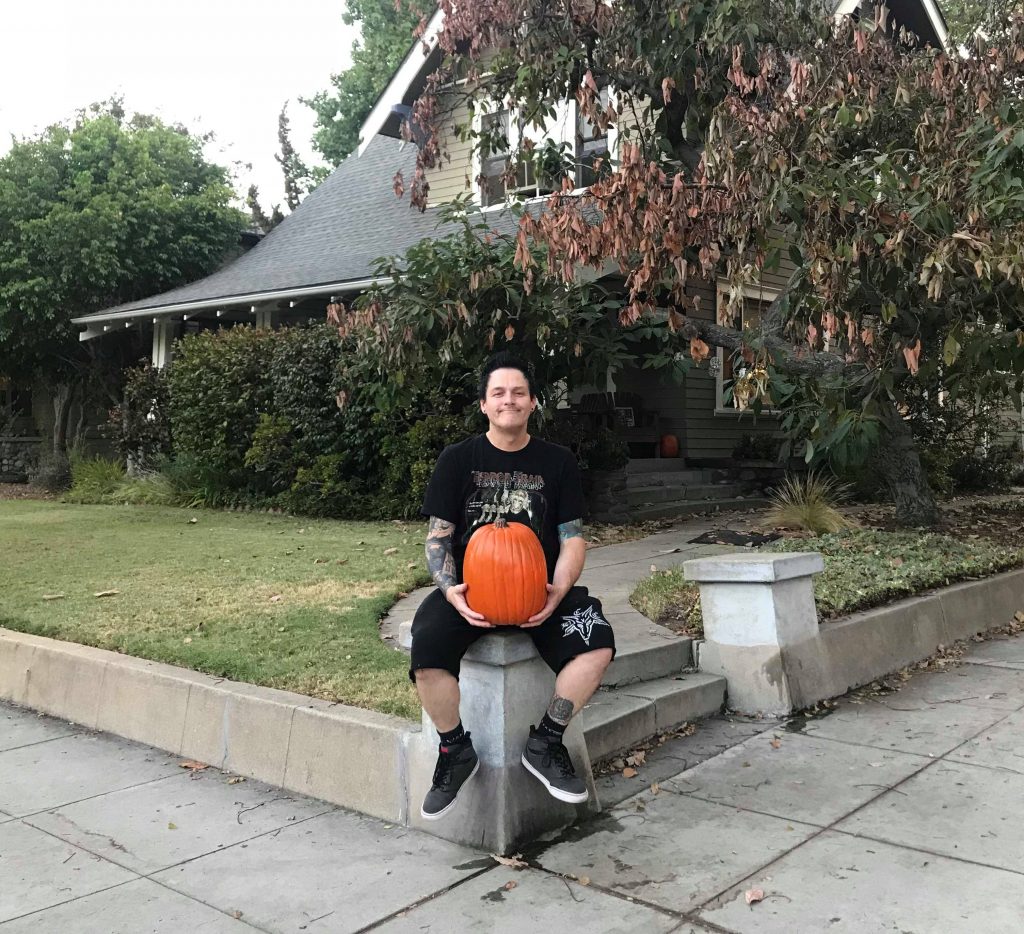 Zac Crook:  How far back do your horror roots go? Were you into scary movies as a kid, or was it something you stumbled upon later in life?

Sean Clark:  My parents were both very young – 18 & 17 – when they had me, so they were into horror films.  We were pretty broke so they couldn’t afford to pay a babysitter to watch me when they went to films so they just took me along and I [saw] everything in the theater when I was little: The Exorcist, Texas Chainsaw Massacre, Jaws, Halloween – all of the classics.  So I just always kind of thought that was normal.  I was a horror fan from as far back as I can remember.

ZC:  I imagine you were a major Trick-or-Treater also. Do you remember your first mask?

SC:  That I bought? I believe it was an old Don Post Studios Wolfman – the one with the sculpted hair. I just recently bought one. [I’m] not sure what ever happened to the one I had as a kid.

ZC:  What was your first venture into mask making like?

SC:  My first venture into mask making was a recast of a Shatner mask that later became known as the “Small Clark 75”.  I learned as I went. 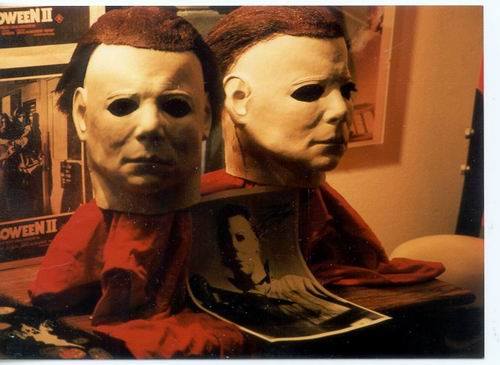 ZC:  The “Small Clark” was basically the catalyst for Myers replica collecting, wasn’t it? Did you really sell them out of the back of Fangoria at first?

SC:  Yes, it was a little tiny classified ad in Fangoria issue #154 from July 1996. That mask definitely kicked off the independent Myers craze and my former company Silver Shampain Novelties was heavy in that scene in the beginning, but to be 100% accurate and give credit where credit is due, Sam McCain did do a replica Myers mask before I did but it was in the 80’s and barely [anyone] knew about it. I started just before the internet boom began, and that made it much easier to reach the fan-base.

ZC:  How long had you been doing that kind of work at the time?

SC:  I sculpted a Pinhead mask – molded and cast it up for fun.  [I] learned from the Death Studios “How To Make Masks” VHS.  Otherwise – zero experience. 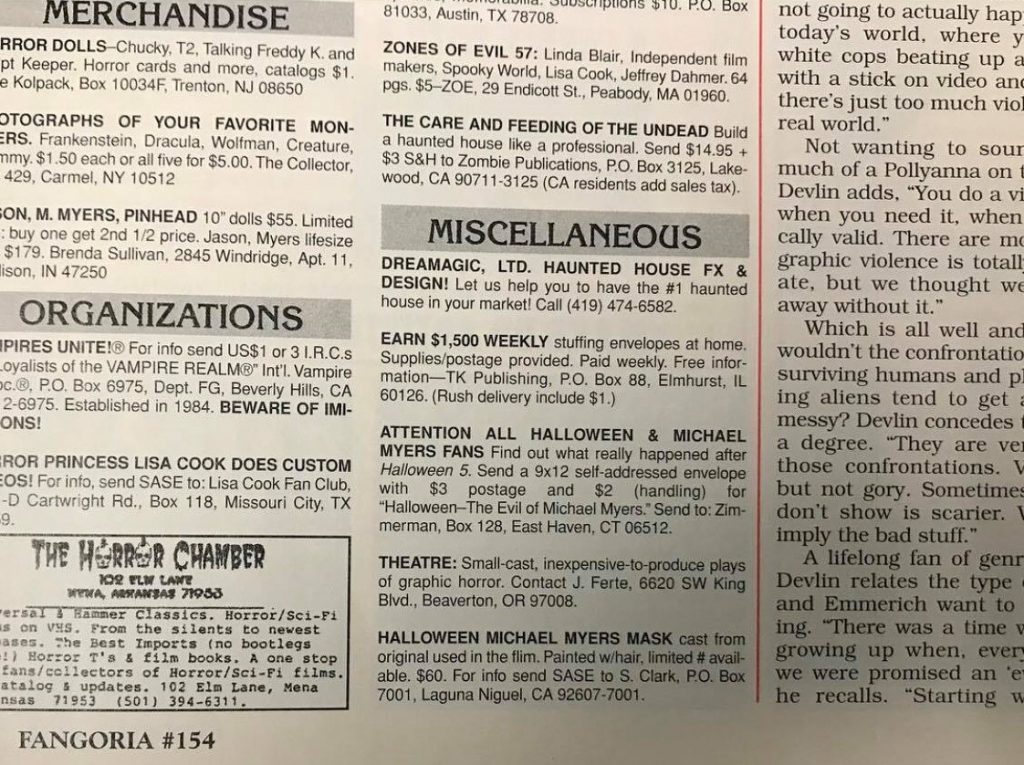 ZC:  Was the “Small Clark” project what kicked off the formation of SSN? What can you tell me about the company’s beginning?

SC:  I guess once it started moving forward our first official mask was the SANDMAN, which we offered in four variations: Part 1 & 2, Kirk and a Ben Tramer.

ZC: Was the Sandman basically an enlarged version of the first mask you guys put out?

SC:  I believe the Sandman was an enlarged “Small 75”.

I was just doing it for fun and sharing the love. I had connections to screen used masks or molds, and I knew how bad the fans wanted every version (like I did) so instead of hoarding them all for myself we made replicas of each version.

ZC:  How in the world did you end up making the connections with the screen used goods?

SC:  Just meeting people and making friends in the business – the same exact way I got into the celebrity management business. All about connections and networking. Sounds easy enough but you need to know how to carry yourself with these people and not be too much of a fan boy. That scares them right off.

ZC:  On that note, I’m going to digress a bit to thank you for representing all of these actors and horror icons and for helping make them so accessible to us fans at conventions and such through Convention All Stars.

SC:  I started doing it because I’m a fan.  I started looking for the people I wanted to meet, and if a few others did too, then ‘cool’.  Then – somehow – I started making money at it, which was shocking.

I want to thank Sean for taking the time out of his ultra-busy schedule to chat with me.