Tim Strode had genius level IQ (compared to the rest of the Strode family, that is). He was the son of John Strode and Kim Darby. Tim had a penchant for copying other people’s work at Junior College (he was denied entry to Haddonfield University because Professor Mixter said that Tim wasn’t Penske material). Though he wasn’t charged with plagiarism, Tim never graduated because he died too soon. Even if he hadn’t been slaughtered, Tim still wouldn’t have graduated. Ever.

Tim may not have been the sharpest tool in the shed, but he loved his sister Kara and nephew Danny. He stood up for them when his dad abused them on a daily basis during breakfast. Because he had just arrived in Haddonfield, Tim never knew that he and his family lived in the Michael Myers House during Halloween 6. Within a week of moving into the house, Tim scored a knock-off version of Denise Richards named Beth as his girlfriend. 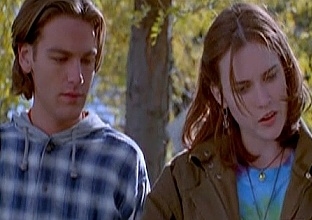 For Halloween night in 1995, Tim dressed up as Frankenstein’s Monster and was ridiculed by Howard Stern. Tim’s nickname, “Fresh,” stems from the fact that he’s one of those bizarre people that needs to shower at least 3 times a day. Either he gets very dirty all the time or he likes smelling like cheap soap. Back in his high school days, Tim had also earned the nicknames “Quick-Nut” and “Mr. Too Soon.” And, on Halloween night, he didn’t disappoint.

He engaged in sexual intercourse with Beth in his sister’s room. The sex lasted mere seconds, but Tim and Beth were very satisfied. How do I know this? Kara was assigned by Tommy Doyle to keep an eye on the Myers house from across the street. The Myers house was completely dark. When Tim and Beth started knocking boots, they lit a bunch of candles. In the time that Kara took to realize that there were lights on across the street, Tim had already lost his load, cuddled with Beth and taken a shower. 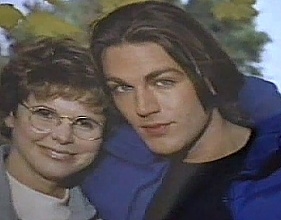 Of note was the fact that Tim laughed like Butt-head (like when he saw Danny’s disturbing drawing). Tim also wore eyeliner and didn’t know where the towels were in his own house. What kind of moron takes a shower without first grabbing a towel or at least knowing where the towels are in the bathroom? Luckily, masked lunatic Michael Myers was there to help Tim out. Myers handed Tim a towel so that he could be “Fresh” when Myers put the sumb*tch out of his misery.

At least Tim Strode was killed in his favorite place (the bathroom).

Being like Tim (in other words being a jerk, rude, clueless, bad at sex, illiterate, ignorant, stupid, bad at sex, poor hygiene, uneducated, stupid, dirty, etc.) is all it takes to capture the heart of a chick like Beth’s in Haddonfield. The lesson is that any guy could have it all in Haddonfield. The only downside is that a murderous, out-of-control follower of Thorn roams the streets. That’s it.

Tim Strode catchphrase: “I got to take a shower – you know, to stay fresh.” 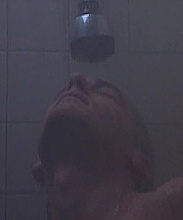