For this edition of Halloween Autographs, our very own maverick96 has contributed some gems. He has supplied us with two great autographs by Lance Guest – the actor who played Jimmy the paramedic in 1981’s Halloween II.

I like that Lance played Jimmy as a helpful, innocent and sympathetic character. He was kind of like the male counterpart to Laurie Strode. Jimmy was someone you could root for and care about – even though he wasn’t perfect. In Halloween II, it was Jimmy who informed Laurie that her attacker was Michael Myers. 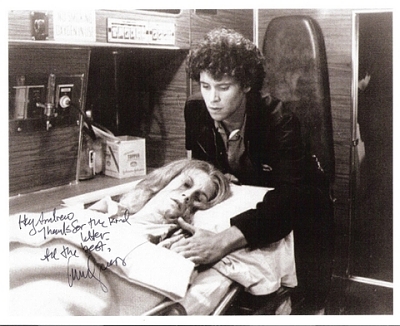 When I first watched Halloween II, I remember hoping that Jimmy wouldn’t suffer the same fate as everyone else in the hospital. As if to show that nice guys don’t always lose, Jimmy survived the massacre at Haddonfield Memorial. He and Laurie were taken away in the same ambulance at the end of the movie.

Maverick96 was cool enough to provide another Lance Guest autograph. This time, Lance is depicted in 1984’s The Last Starfighter, directed by Nick Castle and co-starring Conal Cochran. 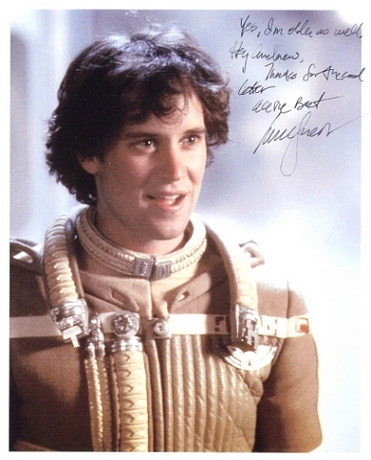 Lance’s performance in The Last Starfighter was noteworthy. He went on to star in Jaws: The Revenge, but has worked mostly in television series (including an episode of The X-Files) and theatrical productions. Since Jimmy survived the carnage of H2, I’d love to see Lance Guest come back to the HalloweeN franchise in some capacity. Big thank you to maverick96 (aka Andrew) for these awesome autographs.