A Halloween Reboot SO Crazy It Could Actually Work 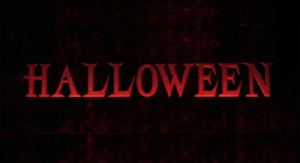 HALLOWEEN: Where Does The Franchise Go From Here?

There has been a lot of talk of Halloween 3, or to be more accurate Halloween 3D. The biggest question has been, if it is going to be a follow up to Rob Zombies vision. They had a perfectly good script from what we were told, and after some financial issues placed it on hold. There isn’t a reason the script couldn’t have worked a year later, yet the studio hasn’t greenlit anything. It has also been said, they fear its been too long for a follow up. 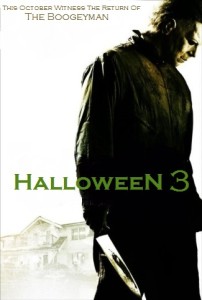 I know for many fans, they don’t want to see a follow up to H2 after Rob turned Michael Myers into Jason with all his mommy issues. From a personal perspective, I think the characters have all been taken in a rather annoying direction. Throughout most of the film, I actually wanted Laurie to die. She got on my nerves. Michael had turned into a massive hobo, with visions of his younger self and dead mother. Laurie is mentally connected to her older brother, and crazier than he is. By the end of the movie, you’re left with a damaged and mentally unstable Laurie. A possibly dead Michael, and a dead Loomis. Where exactly can you take it from here?

So the talk of a reboot started circling. A story board version of the opening to a new Halloween popped up, it came with many pictures that were promising. Platinum Dunes was in talk to continue the franchise…however both plans fell through. Many people also felt, it was too soon to release another “remake”. While some really felt it was the only way to go, as Rob had destroyed the franchise for them. Yet here we are, 4 years later…and still no Halloween film.

Many of you have read where I would take the series. I feel that in order to capture what fans of the franchise and horror alike, you had to take the characters back to normal. Deal with the problems Rob created and move forward. After all, time will heal almost anything.

Being a fan, I also want to give my view on a proper remake of the series. I had started writing it actually, but I placed it on the back burner for a little later. I feel the best way to go about remaking Halloween AGAIN, would be to just keep the basics. Michael Myers. We don’t need a Laurie or a Loomis. We don’t need him stalking his family. We sat through this same story line for 2 visions of the franchise, for almost 40 years we have watched this storyline. So I feel it is time for something new. Take it back to the original, and focus solely on the 1978 classic. Who was Laurie to Michael? No one. Why was he killing her friends, and stalking her? No clue. It wasn’t until later in a sequel that we got the family story line. So I feel they need to just keep the basics, and remake Halloween for what it was. 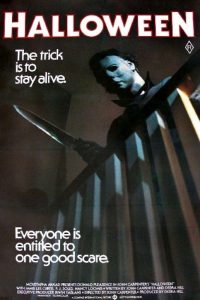 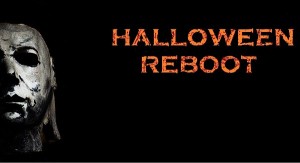 I was watching Halloween the other day, and the scene where Brackett is talking to Loomis in his office caught my attention. Dr. Loomis had written a book in the first film, “The Devil’s Eyes”. In the 2009 follow up, another book was written; “The Devil Walks Among Us”. So here is my thought on this. 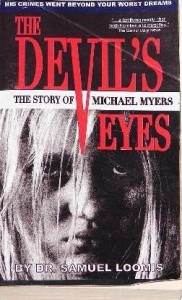 The events that happened in the 2007 and 2009 films, were just that. Films. Dr. Samuel Loomis had written 3 books on Michael Myers. While the first two were based in non-fiction, most of the events were exaggerated. Michael’s childhood life was one of hardship. Debra Myers was a single parent, with no significant other. Ronnie White was a fictional character, that was meant to bring more conflict into his early years. While Debra did work at The Rabbit in Red Lounge, she was only a bartender. Judith and her boyfriend were both found murdered on Halloween night, by the hands of Michael. When returning home, she found her son and youngest daughter sitting outside. After the events Michael was taken to Smiths Grove, and convicted of murder. Shortly after, Michael stopped talking. For almost six months Debra visited Michael, bringing Angel along. After a short, uneventful visit, Michael attacked a nurse; tearing her eye out with his fork. Scared, she lived. After witnessing these events, and realizing he was no longer her innocent boy; Debra Myers committed suicide.

Angel was adopted by the Strode’s, who renamed her Laurie. Michael, who was always large for his age, grew to be an intimidating six foot five. Not as large as portrayed in the novel/movie. On the night he escaped Smiths Grove, there was a power failure. While multiple bodies were found, it isn’t clear that Michael was the cause. After the uprising of the patients, many members of the staff were wounded and or killed. It wasn’t clear he was missing until the following day.

Halloween came around, and a body was found in the men’s room of a mechanic shop. It was obvious he was stripped of his clothing. It is still unclear where he found the mask he wore, and the idea of it being placed under the floor boards was no more than speculation. There was no evidence to back up this theory, however the mask was very dirty and torn in certain places.

The Strode’s were found murdered in their living room, while Laurie was babysitting that night. Her close friend Annabelle Brackett was found stabbed in the basement of the Myers house, thankfully she survived. Her boyfriend Robert was discovered pinned to the wall by a large knife, with a jack-o-lantern covering his disfigured face. The two kids Laurie was babysitting, Timothy and Lydia Doyle were found murdered and placed back in their beds.

Once local sheriff, Leigh Brackett answered the 9-1-1 call with Loomis who had been searching all day for Michael. At the Myers house, Loomis was knocked unconscious as Michael tossed him down the stairs. His body did however have a stab wound located on his right side. Still Loomis lived. Brackett wasn’t as lucky, and lost a leg due to a vicious stab wound. He was choked unconscious, at which point Laurie got the gun. The following events were speculated, as Laurie was found on the front lawn. The balcony had been damaged, and the gun was shot multiple times. A large amount of Michael’s blood was found next to Laurie’s body, however his whereabouts remain unknown.

The 2009 sequel to the successful film, was based off a follow up interview with Laurie Strode. Who had went to a small amount of therapy to cope with the death of her parents. The revelation that she was in fact her stalkers sister, was one of the small details that were true. The entire incident, was inspired by a murder that happened in the neighboring state of Iowa. A man had murdered his fiancé, along with many of their mutual friends.

Laurie Strode, Annabelle Brackett and her father have since moved to Pennsylvania; Where their lives have been uneventful for over six years. Dr. Loomis, has since made multiple apologies to the families involved. Still he searches for Michael, who hasn’t been found in years.

In my opinion, this would give Robs movies relevance while rebooting the franchise. We don’t need to know where Michael has been, or what he has been doing. Obviously he has been laying low, while searching for his sister. It is mirroring the actual H2 story line…but taking away everything that was wrong with it. NO HOBO MYERS, NO CRAZY LAURIE. It allows this storyline to continue, while bringing something new to it.

To me, this means we get new actors. A new Michael who should be the perfect mixture of Carpenter and Zombie. He doesn’t have to fit a mold that has been made, yet he has familiar qualities. Our lead isn’t a basket case, and we get to see Laurie portrayed by a different actress. She is a little older, has a boyfriend. It could show the characters that we already know, in a different situation. Plus, we don’t have to sit through another Halloween 1. The events happened, everyone knows about them. Lets get to the point. Ya know?

I know its different for a Halloween film, however I think it could work.

Who would you want to play Laurie?

For me, I want a talented actress. Ever since I saw this picture, I really thought she would be great. Hayden Panettiere is a great young actress, and I think could carry a horror film very well. After all, she was the best thing inScream 4 in my opinion. 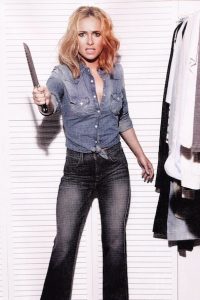 Who would you like to see as Annie, Loomis and Brackett?

For me, I would love Danielle to play Annie again. I think she is just awesome. However, that cant happen. So for me I like Leighton Meester. I think she is another talented actress. 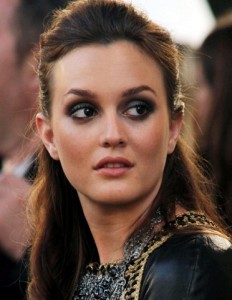 Loomis…I really cant pinpoint anyone at the moment for Loomis. Its hard to see anyone besides Donald or Malcolm. Who knows, maybe Gary Oldman? 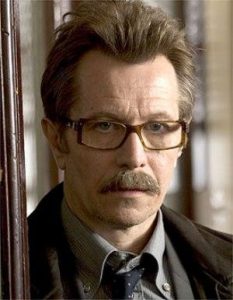 Brackett…Brad was amazing as Brackett, and is another actor is wish could return…but again he cant. I cant think of anyone in my head as of now…

Who would you want introduced into the franchise? New characters? Old Characters? Anyone from the original series that you think NEEDS to be redone?

I think that we would need a strong supporting cast. Who would you like to see in a Halloween film? I for one would love to see 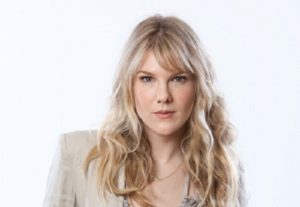 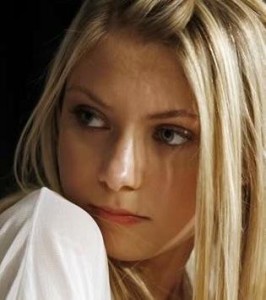 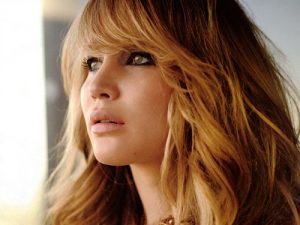 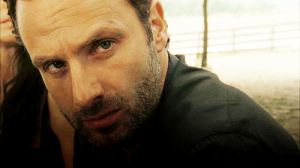 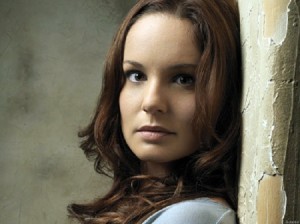 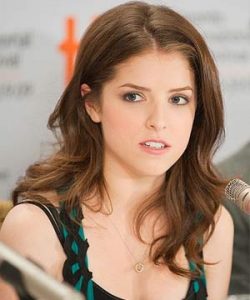 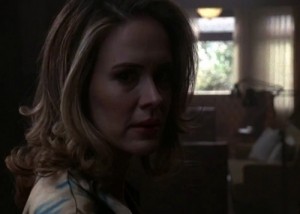 What would you do with the franchise? Do you want a entirely new reboot? If you want a reboot, do you think they should do the family story line again? Do you want sequel to H2? Do you like this idea? I cant wait to hear from you guys, see what you all think!