Horror Is Not Dead, Just Changing. But this Change Sucks

Looking at the box office take for Paranormal Activity and Twilight tells me two things: One, Horror is alive and well at the theater. Two, the majority of people want their horror only mildly scary, with pretty endings and as far away from “old school” horror as possible. Horror is always and will always be in a state of constant change. Is this good or bad?

Looking back at the timeline of movies in general, you can see the waxing and waning of popularity and trends. What was once considered horror then would not fall in that category today. Look at 1931’s Frankenstein – they cut lines from the film (“Now I know how it feels to be God!”), banned the film in Kansas and considered it scary at the time. It took time, but that first shock gave people a feeling of ” I want more” and so came the slew of monster films of the 50’s. People were scared, but like everything in life it became the norm.

1950 turned a new fear. A fear of the Atomic Bomb, over-sized ants and men from outerspace trying to destroy our world. It was more science fiction than horror, but still fell in the horror realm. It wasn’t until the late 50’s where we started to see horror come back, and that was with gimmicks such as “The Tingler,” where little shockers were placed in seats and set to go off at certain points in the film. Again this is prime cinema for people of this era yet by today’s standards its just cheesy fun, not Horror. 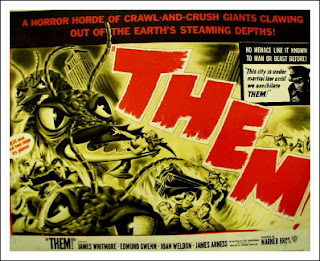 The 1960’s we see our first ‘slasher’ film “Psycho” (Peeping Tom was a British film and way ahead of its time).  By the end of the decade we have movies about Satan’s spawn and the dead returning to eat human flesh. What happened where once cheesy horror was replaced with scary horror? ANOTHER WAR. War had people so numb that they needed a new fear and that’s what they got.

FX and ideas to scare were running rampant in 1970. This is proved in the best possession film of all time – The Exorcist. This film was labeled too scary to see and pulled from many theaters. It still holds up today. But ’74 was the year of the killer, The Texas Chainsaw Massacre. Banned in many countries and pulled in the midst of showings for being too violent, this film brought horror to an all new level. The 70’s finished out with one of the most well known slashers – Michael Myers from Halloween. By this time it was evident that people wanted to see others hacked and slashed….Bring on the 80’s! The 80’s might be the highest level in horror history thus far – we were introduced to more of the cannibal family, a man who kills in dreams, a drowned child out for revenge and the stalker who only shows on Halloween night. Yes the 80’s created the Horror Icons. But that wasn’t the only greatness to come out of the 80’s – we had tons of carnage candy films, sex mixed with blood and a decent cast. If the 80’s are this good I cant wait until we hit the 90’s!

What should have been a great run for horror in the 1990’s turned into sequels with no continuity and the over saturation of comedy in horror. Sure there were gems here and there (Candyman, New Nightmare, Leprechaun ), but even those films turned out poor sequels in the years to follow.  It wasn’t until 1996 when we started to see the goods again. We started with “From Dusk Till Dawn” and “Scream,” which was then followed up by “I Know What you did Last Summer,” “Disturbing Behavior” and “The Faculty.” The genre shifted from stupid teens naked to teens who were survivors and fighting back. I enjoy the last part of the 90’s as much as the 80’s, but 1999 had an ace up its sleeve and that was found footage. 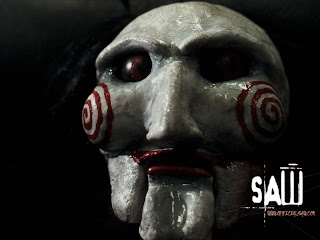 “The Blair Witch Project” didn’t know it at the time but it was starting a trend that would pop up strong in the 2000’s. The decade started off with finishing up “Scream” and introducing the Creeper from “Jeepers Creepers.” It then progressed into “28 Days,” “Dog Soldiers” and “The Ring.” But the best part had to be the return of the 80’s gore with “House of a 1000 Corpses.” This brought back the gore in a big way opening the door for “Wrong Turn,” “Dawn of the Dead” (remake), “Saw,” “Hostel” and a slew of 70 and 80’s horror remakes. Things sounded good right? So, why did it all fall apart?

Seeing a new generation in need of horror, the studios took to rehashing anything that they could get their hands on. But now everything has to be politically correct and the stories get butchered to fit a PG-13 rating. Blood but not too much, gore (but not excessive) and end it all on a happy note. The history of cinema back 70 years. Then out of nowhere werewolves and vampire become all the rage. But lets paint them as friendly people who hate their lives and just want to find love…… seriously? But the damage has been done – the new generation (21 and younger) see these as their horror films. Terrible remakes are the rage and found footage ghost movies are “scary”. It’s stuff like this that makes me want the early 90’s back.

Well, there it is. Majority rules and they say they want pretty horror not scary horror. Yes there is scary horror out there, but don’t look to the theater. Most likely it will be straight to DVD. Why? because its all about easily entertained people and the almighty dollar.