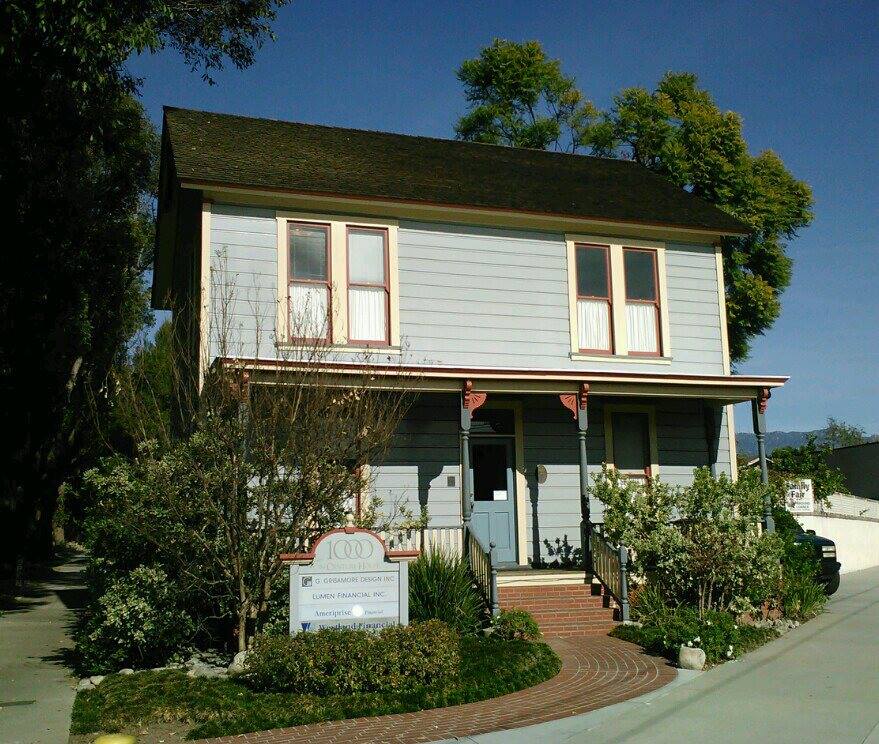 Halloween is my all-time favorite Horror movie and being from Chicago, I was in awe of the fact that the movie took place in Illinois. I remember thinking, “Where is Haddonfield, Illinois? And if it doesn’t exist, in what Illinois town did they shoot this movie?” It wasn’t long before I discovered that the movie was shot in West Hollywood and South Pasadena, CA.

When I first moved to California some fifteen years ago, the first thing I did was visit the iconic Halloween locations. My first stop was South Pasadena at the very house where the nightmare began. The Myers house was originally located at 707 Meridian Avenue. In 1988 the house was in danger of being torn down but being that it’s one of the earliest homes built in South Pasadena it was made a landmark and moved to where it sits now as an office building at 1000 Mission Street.

Just down the street from the Myers house, at 966 Mission Street, you’ll find a red brick building that housed the hardware store where Michael stole his mask and butcher knife. This stretch of Mission Street was also used as Downtown Haddonfield.  The hardware store sits on the far end of the building from the Myers house and is now a restaurant.

Only a few blocks from there is the Halloween Hedge. The Hedge sits on the property of 1019 Montrose Ave. S. Pasadena, Ca. 91030. This is the hedge that Michael lurks behind as Laurie and Annie approach.

About 30 miles west, you’ll find Lindsey Wallace’s house at 1537 N. Orange Grove Ave. Los Angeles, Ca. 90046. This is the house where Annie is babysitting and she, Lynda and Bob meet their bitter end. The House has had a major addition of a two-car garage since the movie was shot, but for the most part, it looks the same.

Directly across the street at 1530 N. Orange Grove Ave. is Tommy Doyle’s house. This, of course, is where Laurie Strode is babysitting and her final showdown with Michael Myers takes place and remarkably looks the same.

This concludes our tour of Halloween 1978 locations, but while visiting the Halloween Babysitter houses you should take a small detour south of Sunset Blvd. to 1428 North Genesee Avenue where you will find Nancy’s house from A Nightmare on Elm Street.