Why Michael Myers will die in Halloween 2018 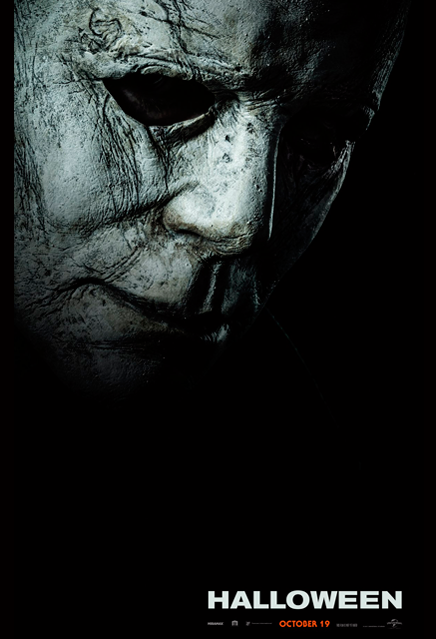 On October 19th of this year we will finally have a new Halloween film entry tentatively titled HALLOWEEN. If the title stands, this will mark the third film in the Halloween franchise to be named simply “Halloween,” along with the original Halloween (1978) and Rob Zombie’s Halloween (2007). 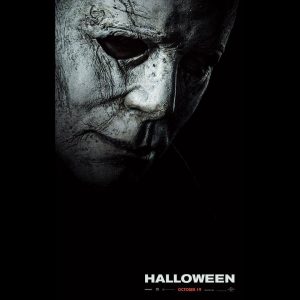 HALLOWEEN (2018) will be the first new film in the franchise in over NINE years, and by far the longest time taken between films. This new entry is much anticipated due to John Carpenter, Nick Castle and Jamie Lee Curtis all being involved, but could this movie also mark the death of Michael Myers?

Being a HUGE Halloween fan, I am excited for a (long overdue) new movie in the franchise. To have Carpenter, Castle and Curtis all involved is definitely a huge plus. From the trailer I have seen, it appears that much of the formula that made the original Halloween so great is going to be present in this film. But having Michael become the prey instead of the predator?…not so sure that is something I will enjoy.  In the trailer, Laurie Strode seems to have transformed into Sarah Connor of the Terminator films! Even though I think this may be the best Halloween film entry we’ve had in a long time, I think there is a good chance that Michael will be killed off in this movie to make it Jamie Lee Curtis’ swan song. It is my opinion (based on statements from Curtis’ own words) this is what Jamie Lee wanted with H20 and was never happy that it ended with Michael living instead of dying at the hands of Laurie Strode. While my theory of Michael being killed off in this entry isn’t a confirmed fact by any means, it’s also not a far fetched conclusion when you consider a few facts. 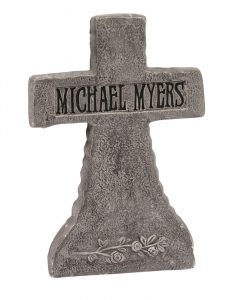 Some of the best evidence that Myers could meet his end this October lies with Jamie Lee Curtis and things she has said in the past, particularly concerning H20 and Resurrection.  As you may already know, Halloween:H20 Twenty Years later was Jamie Lee’s idea. She stated at the  Halloween Horrorhound Weekend (2012) that she called up John Carpenter and Debra Hill and pointed out to them it had been twenty years since the original Halloween. Now that the movie was twenty years old and the people involved in the original were in fact more famous now than they were when the movie came out (instead of the opposite which is normally the case), this presented a rare and unique opportunity. She pitched the idea of a movie where her character (Laurie Strode) finally confronts Michael and quits running, in the end killing him once and for all. Curtis goes on to say John ended up not directing the movie (although he started to) and Debra ended up not taking on the role.  Jamie states: “Now the idiot girl that I am is that I didn’t go ‘you know what?…it’s all my idea I’m going to freaking produce it.  So sadly I did not take on that roll and I should have.” At this point, Kevin Williamson had come on to do Halloween H20.

She continues by emphasizing from the beginning that she had made it clear what the story line should be; her character had turned into a wreck, was living in fear and on the run and that living in fear and running was no way to live – it is in fact being the same as dead.  Soon after she makes a statement that really explains the end result she wanted for this movie (which again was her idea to start with): “So that was the idea of the movie and I had said from the beginning….so we are going to freaking kill this fu*ker!”

Jamie goes on to say she gets a script back and the script looks good but at the end there is an indefinite end to Myers something to the effect of “the car goes off the cliff or something and they have written it like the flames reflect in her face and she knows it’s over.”  Jamie Lee makes it VERY clear she was not happy with this ambiguous ending.  She says: “So I go to the office really pissed and I walk in and I’m like wtf is happening here?”  She says “they looked at me and said: Jamie, there’s a clause in the contract with Moustapha Akkad that says you can’t kill him [Michael].”  Her immediate response, “NOW you fu*king tell me?”  Obviously she is more than a little pissed about this clause in the contract that prevents Michael being killed.  She then tells them that if Michael won’t be killed then she is out, “I am not doing this!”  A panicked Kevin Williamson convinces her to stay by asking her if her character is able to take it to the end and she chops off his head would she agree to do it.  Jamie responds with “And we know it’s him?”  Kevin says “yes, it’s the guy in the mask.” Of course she figures out that she didn’t really kill Michael by this point (with the vague answer she received from Kevin) and explains that she was still getting paid so agreed to do it with the provision that she would appear in the next film as a mental patient because she had found out the person she killed was not Michael but an innocent bystander. After this she said that her character would ‘get’ to die. Jamie then explains that is why she “sadly” appears in Resurrection.

From her own statements, it is VERY clear she was not happy with the fact that Myers didn’t die at the end of H20.  So, why would Jamie Lee Curtis come back for Halloween 2018?  Jamie has said the ONLY way that she would ever do another Halloween movie is if there was a “big ass payday for Jamie Lee” but is it likely she got the kind of cash she eludes to with this new movie? It is possible but the time taken to do another Halloween movie suggests that there was a bit of fear involved in doing another film. The last Halloween movie back in 2009 did not fare well with the fan base much akin to the reception of the reboot of Friday the 13th (also a 2009 movie) as we know that franchise has not had a new film since either. For this reason (along with the fact that it is rumored that Halloween 2018 will have a “modest” budget), I think it may be MORE likely instead of a huge paycheck Jamie Lee likes the script for the new Halloween movie, most likely in particular the end game’s outcome between her and The Shape. Keep in mind it has been revealed from the beginning this will be the final battle between Michael Myers and Laurie Strode. The producers have also said that Myers won’t be “superhuman” this time. If it is the final meeting there are only a few possibilities; Michael will kill Laurie, both will die, the ending will leave their fates uncertain (which I think is what happened when the ending got a negative response from the testing audience and so a new ending was supposedly filmed) or Laurie will kill Michael.  Will Jamie Lee get with Halloween 2018 the end she wanted but never received in H20?

After being asked why she chose to return in Halloween 2018 as Laurie Strode Jamie Lee responds:

“Well you know Laurie Strode was seventeen years old when she was brutally attacked by Michael Myers – a random act of violence that stayed with her her entire life. This is a girl who forty years later never had any mental health services… (an annoying moderator laughs and Jamie goes on after the interruption)… I’m not joking, you know she had a small cut on her arm and that was it. She was raised in the midwest and I’m sure they sent her back to school two days later and yet she has carried the trauma and PTSD of someone who was attacked randomly. And what was so interesting about the movie that David and company wrote is that what they are honoring today is that that trauma…there comes a point where you say I am not my trauma I am not…the narrative of my life is not that I am a victim.  And this is a woman who has been waiting FORTY YEARS to face the person who she knows is coming back to say I am going to take back the legacy of my life, I am going to take back my narrative and you don’t own me anymore. And that, weirdly enough, seems to be a bit of a thing in the world today and I don’t know if any of you (speaking to the audience) watched (I know you’re nerds) but I don’t know if any of you watched the ESPY’s the other day when all of those women stood on that stage while that MF (she pauses briefly and continues) …and there are kids in the audience wearing Luigi and Mario hats so I’m not saying what I really want to say (audience applauds)…rots in prison. Those women stood there and said you do not control our narrative any more. And THAT is…THAT is why I am sitting here today in this great hall age in a movie for David Gordon Greene because he wrote a character who is saying I am taking back my narrative.”

Jamie sounds very passionate about her role in Halloween 2018 and quite satisfied. I think there is a good chance Myers will die at the end of this one. Of course if the movie does well at the box office (and it should) I wouldn’t be surprised to see an effort to continue the films. The producers have already stated that a sequel to the movie was considered to be initially pitched but they basically didn’t want to push their luck. This sequel could have been planned due to an uncertain ending but after the movie was screened and the audience (supposedly) didn’t like the uncertain ending it is VERY possible the ending we will now get will be much more certain concerning Michael and Laurie’s fate. If there IS a sequel it will be interesting to see what direction the potential sequel would take…an inhuman Myers returning from the grave (similar to Jason Voorhees Part VI and up), a passing of the torch to another character (what appeared to be the original ideas for Halloween 4 and 6) or yet another reboot ignoring the events of the movie it follows.

I guess we will all know…soon.

Be sure to get your copy of the Halloween 2018 Michael Myers mask as it’s sure to sell out this year!

***Author’s note:  I AM looking forward to the movie and I don’t want anyone to mistake my blog as a negative review of a movie that hasn’t even been released nor a knock against Jamie Lee Curtis whatsoever. There are many things I’m seeing in this entry that suggests it will easily fall in the upper tier of the best Halloween films. I love the mask, the fall/Halloween holiday feel of the trailer and Michael’s motives being unknown, as they SHOULD be. This is simply an argument supporting my theory of why this Halloween COULD bring the death of Michael Myers. – Michaelantern 7/18