Once again it’s on! The time has come to examine another batch of Michael Myers stock images. We’ll also take a look at one of Myers’ colleagues: Leatherface from Texas Chainsaw Massacre. To get things started, let’s take a look at the one and only Handsome Myers with Turtleneck: 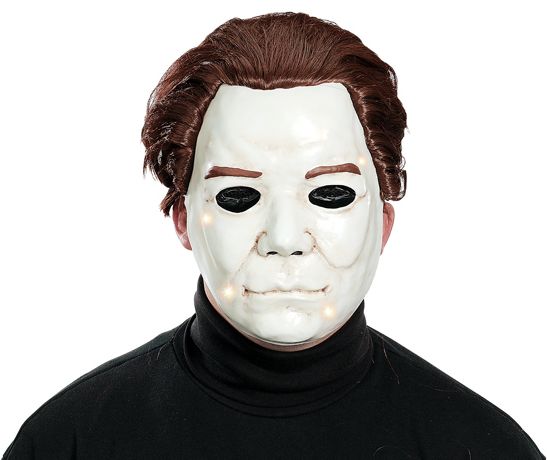 This looks like Captain Kirk in his prime (back when he was bangin’ green women in space). This mask has better hair than I do (and no, I’m not bald). That’s a stylish and lively head of hair. However, what really sets this mask off (literally) is the light up feature. That’s right. By pressing a button on the mask, the thing lights the f**k up thanks to strategically placed strobing bulbs. If something goes wrong and you catch on fire, don’t worry. Just tell people you’re dressed as Ben Tramer (it would help if you’re a drinker as well).

Halloween means fun for children, too. October 31st is not just for collectors who spend thousands on masks and max out their credit cards to score their holy grails. The mask companies haven’t forgotten about the kids with this release: 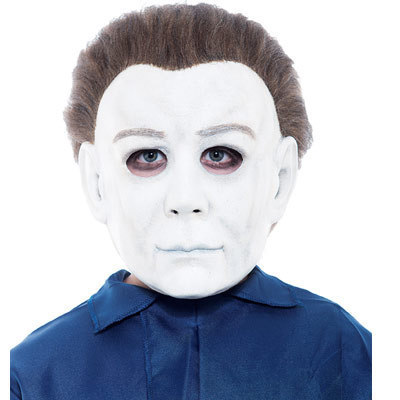 While this Michael Myers Kids mask has some simian/monkey features to it, it has some potential. At least it doesn’t have thick, hairy eyebrows and the mask appears to be smiling a bit. It also has a mild widow’s peak in the hairline. My question is: Why is the kid who is wearing the mask sporting two black eyes? Or is the kid wearing eyeliner? I don’t know which would be worse for the kid. You can recover from two black eyes, but what about from wearing eyeliner? Can you recover from that? 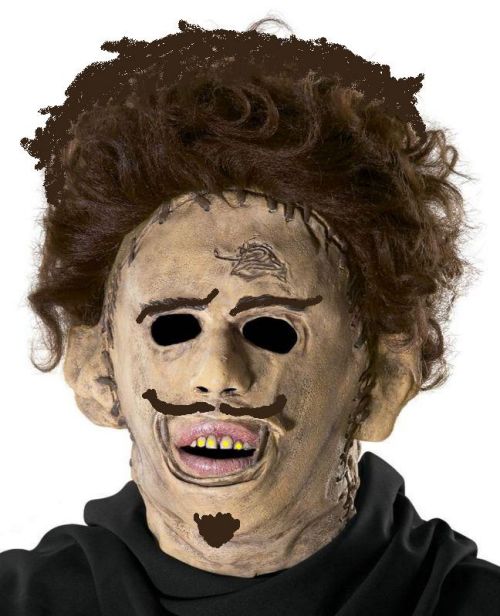 Finally, it’s time for Leatherface to make his appearance. Again, I’m digging the funky hair on this one. Leatherface has some nasty yellow teeth, chapped lips and potatoes for ears, but he doesn’t look all that menacing. In fact, he looks like a laid-back disco dude who enjoys parties, unsafe sex, FUN, burritos and wearing a dark cloak instead of an apron.

If you missed part one in this ongoing, infinite series, check it out here.