The Top Ten Michael Myers Mask Replicas EVER. (Part 1 of 2)

The polls are closed, the votes are in, and the results have been determined to rank the Top Ten Michael Myers Mask Replicas EVER as voted for by the members of Michael-Myers.net in time for Halloween 2013. Back in late August, nominations were taken for the best Michael Myers replica masks ever created. From these results the fifteen masks that had the most nominations went on to a final poll from which our members voted for their favorite mask. 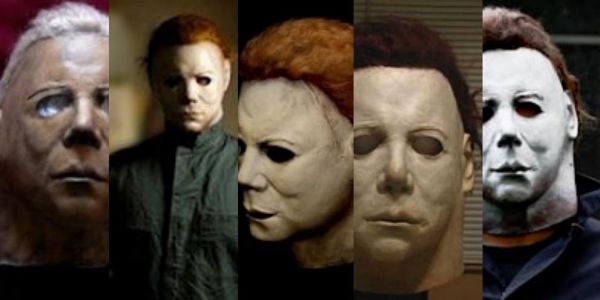 The masks with the most votes are represented here in a countdown from number ten to number one. A couple of masks were tied by the number of votes they received. In these cases the tie breaker was  decided by which mask had the most nominations prior to voting. Without further delay, let the countdown begin!!

Coming in at number TEN is one of the hobbys’ game changers, the mask known as The NIGHTMARE. The Nightmare was born when Justin Mabry, of Nightowl Productions, clay pressed a real Don Post 1975 Kirk which is the same mask that was converted to the Michael Myers mask we see in John Carpenter’s HalloweeN.   The Nightmare has been made by various other mask makers since its original Nightowl debut, including MMP (Mask Maker Productions), N.A.G. (Nikolas Art Gallery) and W.M.P.  (Wickid Mask Productions). Shown here is MM.net member DrenTheLiar’s blonde-haired Nightmare: At number NINE is the Don Post 99 SHATNER mask. There were two versions of this mask that Don Post released: a mass-produced version (aka the “40 dollar Shatner”) and the special pre-order version (the “100 dollar Shatner”) which was much more detailed. Both of these original releases are long since discontinued, although  a couple of indie mask artists do offer their own versions. A beautiful example of the potential that this mask possesses is shown with MM.Net moderator Kaizu’s copy: Number EIGHT is occupied by Justin Mabry’s (Nightowl Productions) MANIAC. This mask was a replacement to the EVILUTION mask by Nightowl and it was made to capture the look  of the Halloween 4: The Return of Michael Myers cover art mask. This mask is one of, if not the, most popular “concept masks” with collectors, since many find this mask to deliver a very good replication  of what we see as Michael Myers on screen in John Carpenter’s HalloweeN. Below is MM.net member Matthew Mayhem’s copy #5: Appearing at number SEVEN on the list is one of my top three personal favorites, Dennis Beckstrom’s “BECKSTROM MYERS II.” Dennis was a long-time employee at Don Post studios and was the  perfect candidate to do an original sculpt which would capture the look of the Don Post 1975 Kirk. Dennis studied several pics of the elusive 75 Kirk from every angle and spent two-and-a-half years on this project perfecting this piece. The result is one of the best and most sought after masks in the hobby. Pictured here is my own copy of the DBII which was converted  by James Carter (MM.Net member and artist jc_70) and Colin Mayne: The mask to land at number SIX and the last spot in the first part of this countdown is N.A.G.’s (Nikolas Art Gallery) MOVIE MOLD KIRK a.k.a. the “MMK.” This mask was made to look like the 1975 Don Post Kirk from which the hero mask used in HalloweeN (1978) was derived from. The mass-produced 1975 Don Post Kirk mask had several molds used during production,  each having a few variances in their overall look. This mask attempts to replicate the 1975 screen used converted Kirk mask. Below is member theslasherhouse ‘s copy converted by James  Carter from a Kirk to a Michael Myers mask: This concludes part one of the two-part Michael-Myers.net Top Ten Myers Mask Replicas EVER countdown… check back soon for the second part which will cover numbers five to the coveted number one position!