What to understand about Halloween 3D 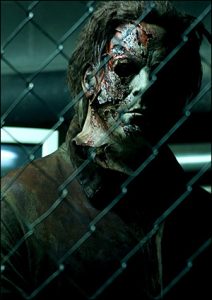 Ever since this past May, you really had to look out for fake news regarding Halloween 3D. Here at Michael-Myers.net we are not going to follow some sites and just write a story based off of a hunch or what was viewed on www.imdb.com. It’s all about the facts and that is what this article is about, the facts and nothing more.

Is Scout Taylor-Compton out of the movie? Nothing is 100% saying she is out or she is in. Last year in January, during a live video chat she voiced her concerns about Halloween3. That seemed to be the biggest snow ball effect for what I like to call “Horror Tabloid” sites. Some sites won’t check facts but just assume. The closer we get to the start of production is when everyone should know.

Is Tyler Mane coming back to play Myers? Well, back in October, Rabbit in Red Radio had the great pleasure of talking to Tyler himself. When I asked the question about Halloween 3 he told us that Malek Akkad already talked to him about coming back. That has been pretty much the last solid thing that I can personally remember about the topic.

There are so many questions about this film and mostly because it’s a “Halloween” film. No matter what you thought of the last one there is always a buzz when it comes to this franchise. Now with a new writer and director attached to the 3rd installment of the new series, it’s only common to expect many opinions with a lot of speculations.

Production is still set for December of 2011 and October 26th of 2012 is when this film is set to be released nationwide.

When more is given to us here at Rabbit in Red Radio, we will report back but only with facts. Remember; watch out for the stories that are based off of a hunch and not solid facts.