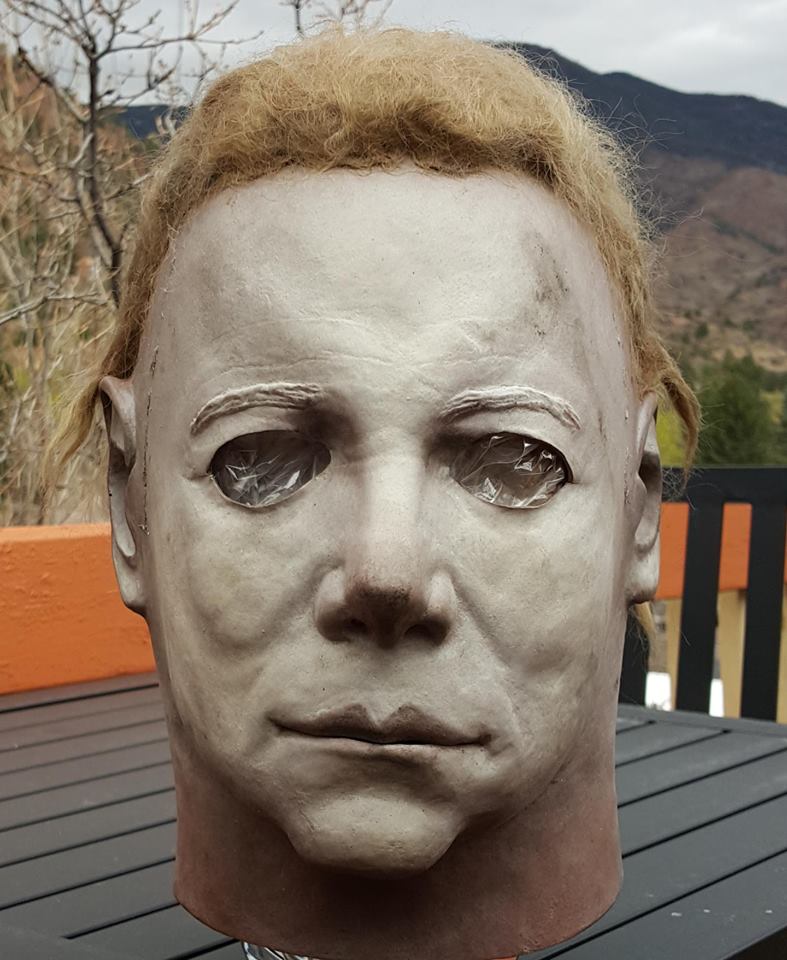 It’s time Michael. Halloween is nearly here and the stage is being set once again for the best holiday of the year! Let’s start this year’s celebration with our 4th Annual Top Ten Michael Myers Mask Replicas EVER countdown!  Last year Nightowl’s “SHAT” became this annual countdown’s first two-time winner, knocking off the previous reigning champ, N.A.G.’s “75K”. Will the SHAT get its third top spot victory or will the 75k even the score by also becoming a two-time winner? Or is it time for a new mask to be king of the mountain?

We start this year’s countdown with NUMBER TEN (same position as last year), Dennis Beckstrom’s DBII. Dennis was a long-time employee at Don Post studios and was the perfect candidate to do an original sculpt which would capture the look of the Don Post 1975 Kirk. Dennis studied several pics of the elusive 75 Kirk from every angle and spent two-and-a-half years on this project perfecting the piece. The result was one of the best and most sought after masks in the hobby.  Pictured is member Sheriff Brackett’s H2-flavored copy :

Coming in at NUMBER NINE (last year’s number six) is an old favorite and still one of the best Michael Myers mask replicas ever made, the mask known as the NIGHTMARE. The Nightmare was born when Justin Mabry (Nightowl Productions) clay pressed a real Don Post 1975 Kirk, which is the same mask that was converted to the Michael Myers mask we see in John Carpenter’s Halloween. The Nightmare has been made by various other mask makers since its original Nightowl debut, including MMP (Mask Maker Productions) and N.A.G. (Nikolas Art Gallery).  Seen below is member “Myersguy1998’s” copy finished and cast by Nik of NAG: 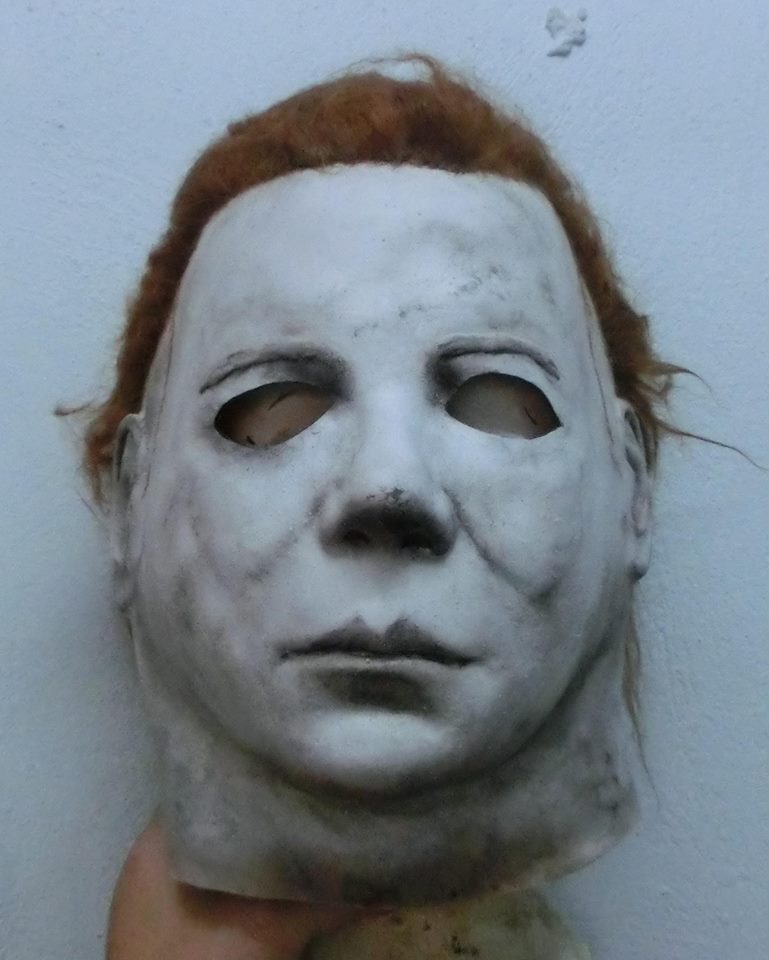 NUMBER EIGHT (absent from last year’s countdown) is a timeless classic, Lee Romaire’s SECOND STAB. The award winning special f-x artist had first attempted a Myers replica with his sold effort the “Whitey” mask. However it was Lee’s second attempt (thus the name “Second Stab”) that he hit pay dirt with. This mask captures the look of the Myers mask as it looked when Nick Castle wore the mask in Halloween like no other!  Representing this mask for this year’s countdown is member Werner Fielder’s gorgeous copy: 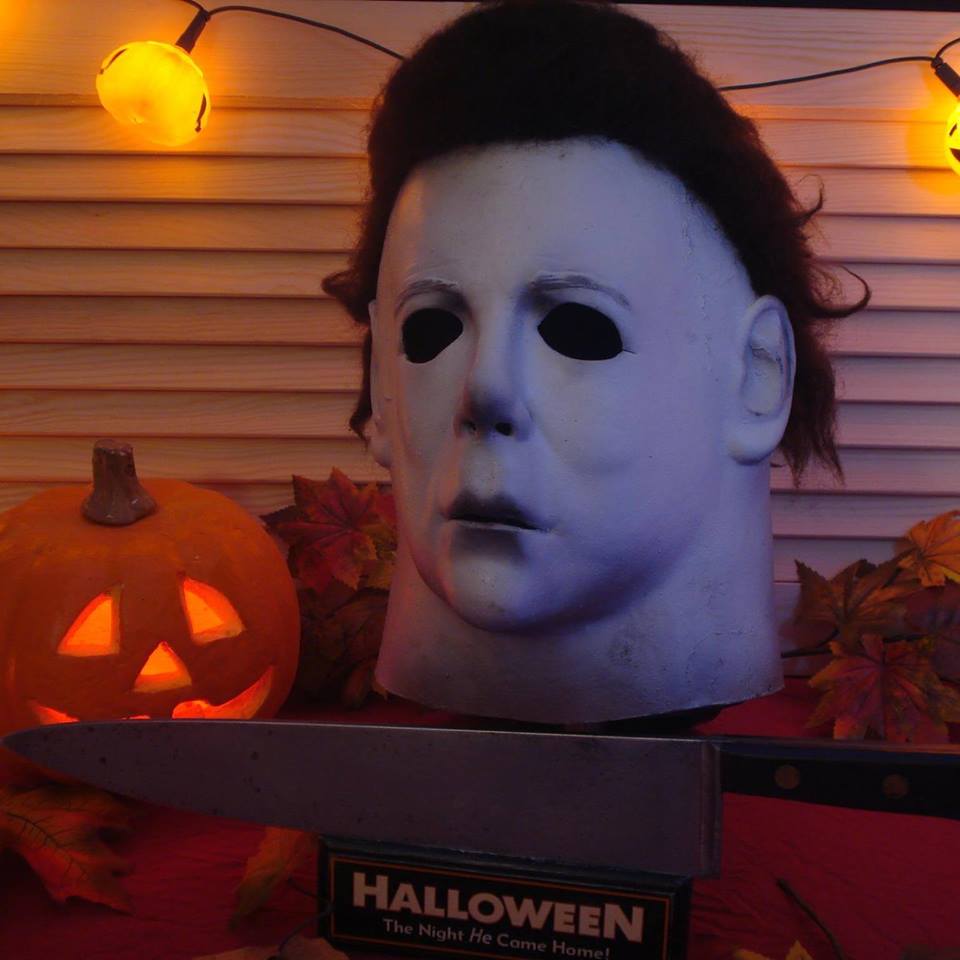 This year’s NUMBER SEVEN (last year’s number four) is the 98 Proto Cast offered by N.A.G.  In 1998 Don Post Studios laser-scanned one of their 1975 Kirks to make a new Kirk mask.  The resulting run of masks produced were a bit of a disappointment. However, a few proto masks surfaced and proved to be far superior in look.  Two N.A.G. masks were created from one of these Don Post Kirk proto masks, the “75K” and the “98 Proto Cast”.  Whereas N.A.G.’s “75K” mask was a retool of Post’s Kirk proto, the “98 Proto Cast” was a direct recast as the name suggests.  The result is a Kirk mask that is a perfect canvas for the Myers community converters to make into a great Michael Myers mask.  Below is Caleb Croft posing for a great shot of his copy finished by James Carter: 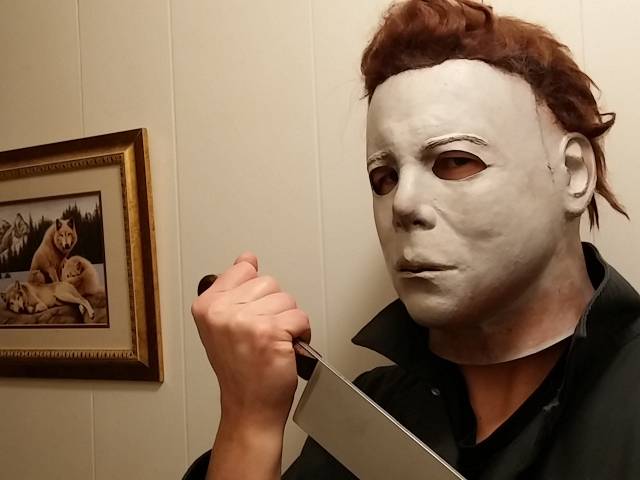 At NUMBER SIX on this year’s countdown (number nine last year) is N.A.G.’s MOVIE MOLD KIRK a.k.a. The MMK. This Michael Myers mask was made to replicate the look of the 1975 Don Post Kirk from which the hero mask used in Halloween (1978) was derived from. The mass-produced 1975 Don Post Kirk mask had several molds used during production, each having a few variances in their overall look. This mask attempts to replicate the 1975 screen- used, converted Kirk mask.  This particular copy shown below belongs to member “Hallowseve1983”. 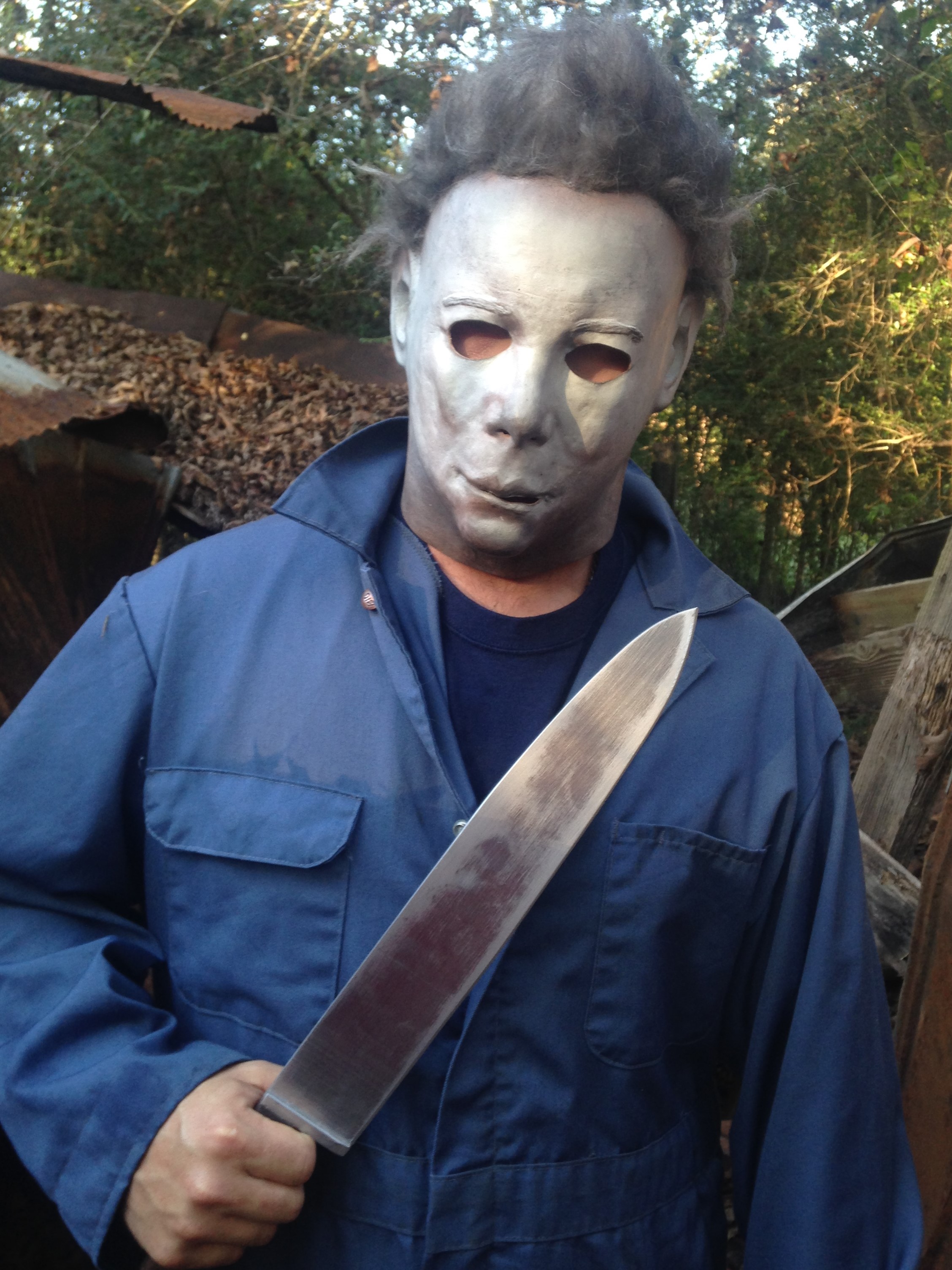 This concludes part one of the two-part 4th Annual Michael-Myers.net Top Ten Myers Mask Replicas EVER countdown… check back soon for the second part which will cover numbers five to the coveted number one position!