For this writer, Katee Sackhoff is known mainly as Jen from Halloween: Resurrection. Years after filming H8, Katee went on to find worldwide fame as Kara Thrace a.k.a. Starbuck on the television series Battlestar Galactica (2004-2009). Katee’s work on Battlestar earned her critical praise and awards. I never watched Battlestar Galactica. I’m also culpable of not catching The Education of Max Bickford and the eighth season of 24. Those TV programs also starred Katee. 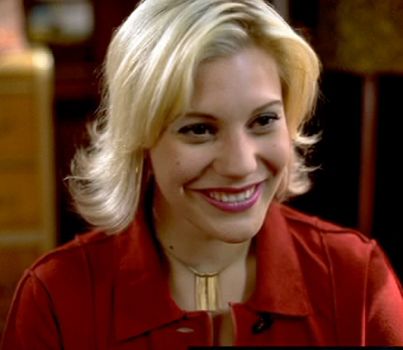 Predictably, I wanted to meet Katee because of her role in H8. Jen was Bianca Kajlich’s best friend in the story. She was a fun-loving character who aimed to be the center of attention. Thanks to Jen, she and her Haddonfield University pals entered and won a Dangertainment contest. Ultimately, though, hardly any of them survived to receive their rewards. 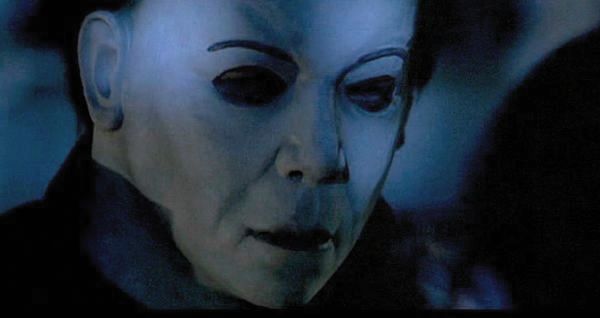 Within the HalloweeN universe, Jen is the second character to have been killed by Michael Myers via decapitation. In a memorable scene in Halloween: Resurrection, Jen stood still as Michael Myers beheaded her while her friends stood still and watched. It was a grisly way for Jen to go out (her head subsequently bounced down the stairs and came to rest at Bianca’s feet). 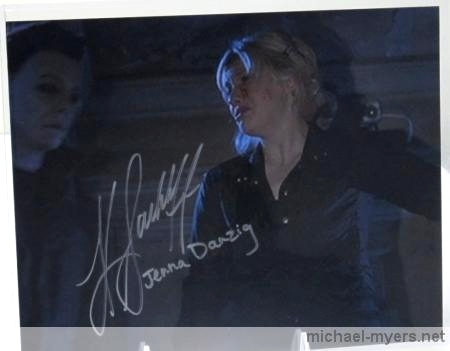 Wanting to capture that moment, I presented Katee with a photo of her at the top of the stairs in the Michael Myers house. Katee happily signed it. She also included her character’s full name, “Jenna Danzig.” I was impressed. I remarked to her that I wasn’t sure if Jen’s last name had been mentioned in the movie. After some light-hearted back and forth with Katee, she quipped, “That would be hilarious if it wasn’t her last name.” 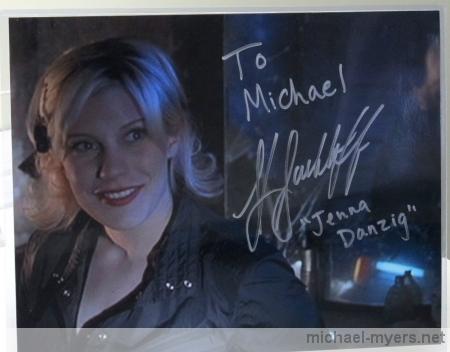 Katee also signed a pic where Jen is sitting in what we were told was Judith Myers’ old room. In person, Katee is eager to smile but projects a rather formal and practiced look. Once you get past that, she is very easy to talk to. We got to chatting about her career at the time of H8’s release. She couldn’t recall if she filmed Halloween: Resurrection before or after Education of Max Bickford. She asked me if I knew. (I don’t know how I got out of that one. I didn’t even know “Jen” had a last name).

Keep an eye out for Katee Sackhoff in the upcoming thriller The Haunting in Georgia. 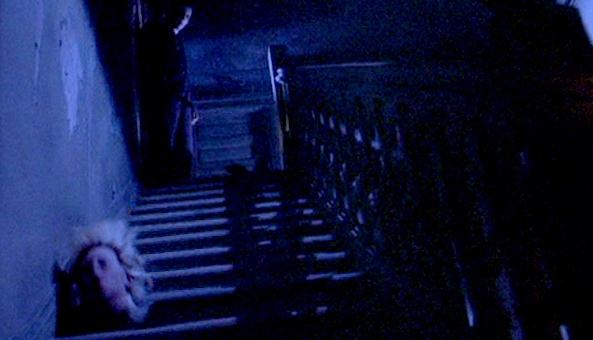 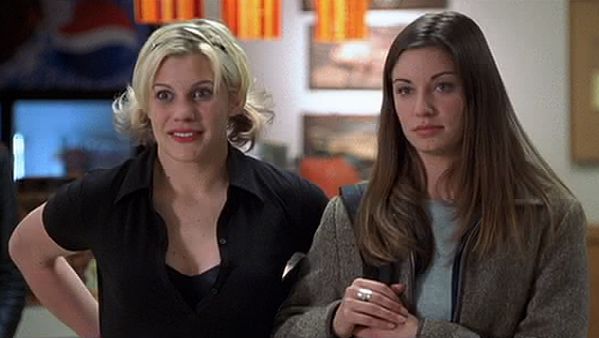