The acclaimed Trick or Treat Studios (ToTS) is set to change the game with the release of its screen accurate Halloween II Michael Myers mask. As we all wait in great anticipation for the arrival of the ToTS Myers mask, let’s take a look at another of Trick or Treat’s stellar masks. 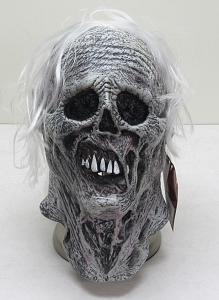 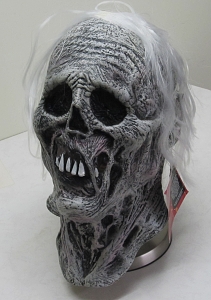 Its name is Chiller. A full head mask sculpted by Erich Lubatti, Chiller is death’s ultimate manifestation. Chiller is neither a zombie nor a ghost. It’s a concept that lurks both in the world’s shadows and in the back of every thinking person’s mind. Chiller is what we fear the most and it’s older than time itself. 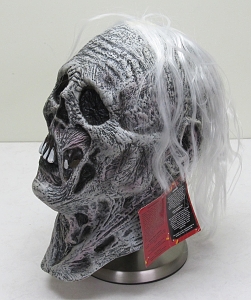 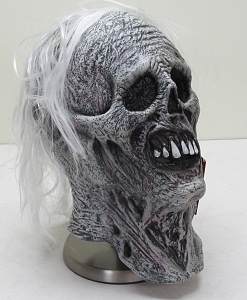 Chiller had been the first human to contemplate his own mortality. As a reward for this, Chiller was not granted eternal life, but eternal death. When Chiller transcended human form, he gained the guise of a barely there, ashen skull. The flesh turned into clinging spider webs with vague traces of dried blood.

Beyond the legends, the curiosity and the myths surrounding life’s greatest mystery, there lies death’s face in the form of Chiller. 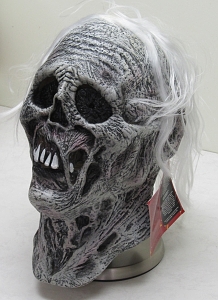 Be sure to visit Trick or Treat Studios and have a look at all of their masks. They are top of the line and many of the characters have a mini-biography or an explanation of the idea behind the mask. The story for Chiller provided here is my personal take on the mask and the character.