For many HalloweeN fans, the mask of Michael Myers is the actual face of Michael Myers: person and accessory have become inseparable. Unlike other masked slashers, Michael is rarely shown unmasked. Fans of the Friday The 13th series get to see Jason Voorhees’ disfigured face in most of the movies. Meanwhile, part of the appeal of the Scream films is revealing who Ghost Face is.

But, what about Michael Myers? Does it matter what he looks like without his mask on? This article will take into account the films Halloween (1978) and Halloween II (1981). The face of Myers as presented in other movies will be dealt with in future entries.

Michael Myers was unmasked in the initial moments of Halloween. He was 6 years old and he had just stabbed his sister to death. Young Michael didn’t look stereotypically insane or demonic. His expression was a mixture of bewilderment, innocence and joylessness. Michael appeared emotionally detached from what had transpired. His affect wasn’t entirely inappropriate for that situation (he wasn’t smiling, for example), but it was still a curious sight. 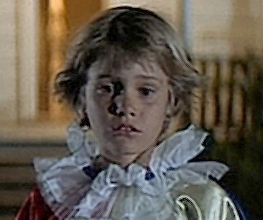 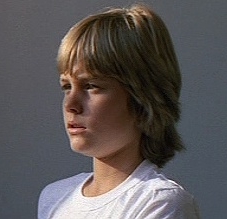 In the Extended Version of Halloween, Dr. Loomis spoke to a young Michael in the psychiatric hospital. During the brief meeting, the child lunatic appeared still and expressionless. Dr. Loomis’ recollection of having “met this six year old child with this blank, pale, emotionless face, and the blackest eyes” still applies to the Michael we see in the scene. Loomis’ words can also be used to describe the mask Michael later wears as an adult. Loomis obviously recognized  other aspects in Myers that went beyond physical appearance. 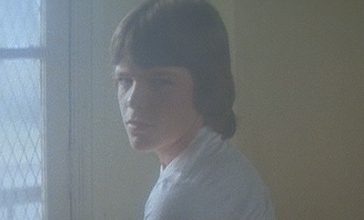 During Laurie Strode’s dream in Halloween II, she recalls visiting her brother at an asylum. Michael is a little older than he was when Dr. Loomis spoke to him in the previous film. As Myers was approached by Laurie, he turned around revealing a rather sinister facial expression. Michael made direct eye contact with her, but he didn’t utter a word. 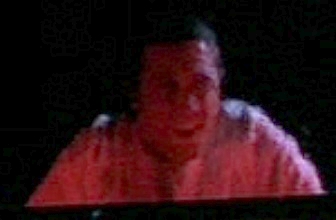 A glimpse of Michael’s adult visage was offered as he escaped from the sanitarium in Halloween. Anyone would look crazy if they were lit by hellish red lights on a rainy night. The 21 year-old Myers looked like he was leaping out of hell. From that quick scene, Myers appeared to have an ordinary face (two eyes, a nose, mouth, teeth, hair). His actions, not his face, betrayed his violent nature: he jumped onto a car and smashed his way in. 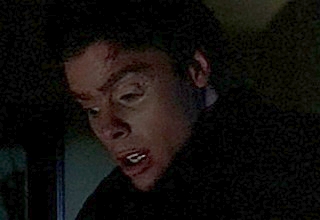 Later on, Laurie stabbed Myers and poked him in the eye. She then unmasked her assailant. Michael revealed his swollen, drooping eye; a full head of hair; teeth; clean-shaven appearance; and thick eyebrows. Even with his injured eye socket and distracting eyebrows, Myers looked like an ordinary man. 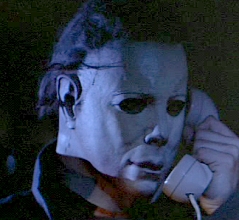 There is a relationship between Myers and his mask. As Sheriff Brackett pointed out in Halloween, whoever broke into the hardware store took “some Halloween mask.” If Myers was the one who robbed the store, he stole one specific mask.

Interestingly, Michael’s mask sometimes has hair on the sides that looks like his hairstyle as a youth. The mask is expressionless, much like Michael himself was in the asylum. Michael’s facial features, as they appeared in Laurie’s dream, bear a slight resemblance to the features of the mask. Also, the mask is white and blank. It’s the color of Michael’s t-shirt, gown and room during his confinement to the mental hospital. Perhaps the mask is a way for Michael to preserve his warped childhood as well as a reference to the empty time he spent locked away.