Although he doesn’t have a mask, John Strode is a beloved character in the HalloweeN series (he’s almost as evil as Michael Myers). An alcoholic, Strode liked to hit the bottle in addition to slapping his daughter. John’s other habits included throwing dollar bills at his wife Kim Darby; hurling profanities at his grandson Danny; disowning his children Kara and Tim; wearing a bathrobe in public; and wielding an axe while chasing the neighborhood kids. Surprisingly, Mr. Strode did all those things while he was sober.

Because he was Scout Taylor-Compton’s adoptive uncle, John Strode inherited Strode Realty upon the demise of Scout’s parents. Strode Realty sold many hot properties to various groups. The company sold an underground lair to Smith’s Grove Sanitarium; it found a nice, isolated cabin for Dr. Loomis; and it helped students and faculty of the University, as well as members of Thorn, to obtain affordable housing in Haddonfield.

Other properties that John Strode made a killing on were the Amityville House, a castle in Latveria, a bunker in Berlin, and the New York apartment that Rosemary and John Cassavetes moved into. John Strode could find any kind of property for any kind of person – except for his own family.

For all his successes as a realtor, John Strode couldn’t find a half-decent place for his family to live in. The Strodes ultimately moved into the house of local deviant Joe Chappelle on Lampkin Lane. When Myers showed up to kill everyone living in there, it was actually Mr. Strode’s fault, not Michael’s (because the screenplay said that Myers believed that anyone living in his house was his family). 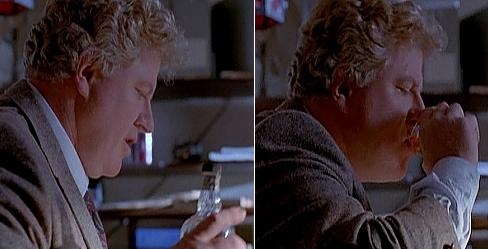 Since alcoholism runs rampant in Haddonfield, John Strode kept bottles of liquor in every drawer of his office. The bottles were often in pairs: one was his regular poison and the other was the hair of the dog that bit him. Strode claimed that he drank for medicinal purposes and to forget that he was the father of Tim Strode. In an interview, Mr. Strode revealed that Jack Torrance had introduced him to the wonders of alcoholism while on the set of WOLF.

An unusual man, John Strode wore suspenders and a belt. He sued Hanna-Barbera because he believed that Fred Flintstone was based on him. Strode also pursued legal action against John Goodman because he allegedly stole his look.

When reshoot time came for Halloween 6, the filmmakers wanted to make John Strode’s death more realistic and believable. Mr. Strode suggested to the producers that his death would be more realistic and believable if his head exploded like a hollow prop. This idea came to him during a moment of clarity as he stood in some water while checking for electrical problems in the basement. 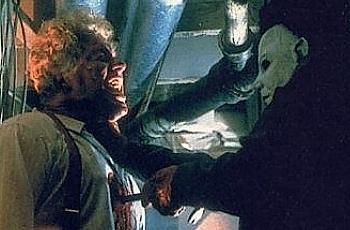 After re-filming, Mr. Strode sued Dimension Films because the exploded bust looked exactly like him and Michael Myers had poked him too hard in the chest. He also sued Tim Strode because he wasn’t his real son and he always hogged the bathroom with his long showers. Mr. Strode dropped all the lawsuits when the movie executives allowed him to keep all the fake booze from the office drawers (the liquor bottles actually contained barbecue sauce mixed with the slime from the Michael Myers mask).

John Strode catchphrase: “Before you came around, everything was going fine.” 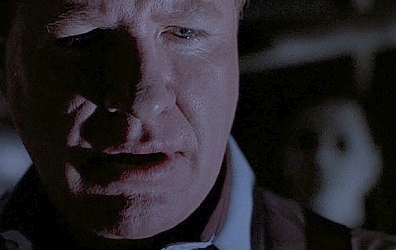