It’s been 35 years since Michael Myers and HalloweeN came out and Anchor Bay Entertainment has released John Carpenter’s classic film on Blu-ray once again. And this time they’ve also made available a Limited Edition Steel Book of this 35th anniversary version of HalloweeN. 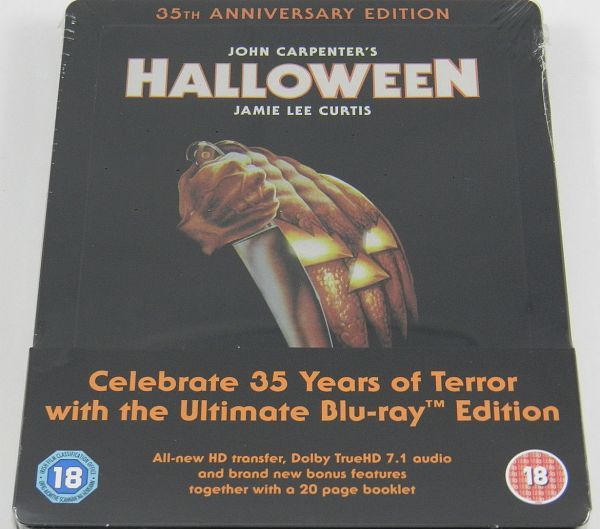 Unfortunately, the HalloweeN Steelbook is available only in the UK and the Blu-ray disc is region B. Still, I know that all of you hardcore HalloweeN fans who have been helping to keep the lights on at Anchor Bay by purchasing every redundant HalloweeN release, will also purchase this Steelbook collectible. 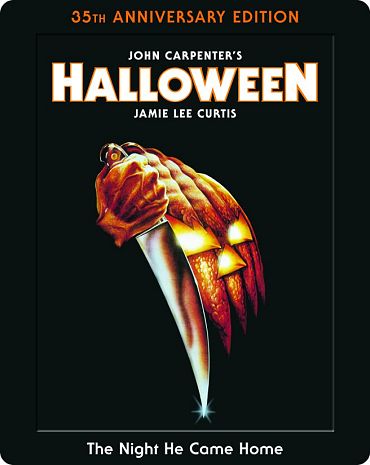 The good thing about the Steelbook is that it has different cover art than the US version. The US version has a weird drawing of Michael Myers on it, while the UK Steelbook has the original poster art.

As you know, in the US we got a DigiBook of HalloweeN 35th Anniversary, and while the book portion is pretty good, with behind the scenes photos and a write-up about the film, the Blu-ray disc was stuck into a sleeve on the last page of the DigiBook. With no tray or anything for the Blu-ray, the disc is bound to get smudges or scratches on it.

Another problem with the HalloweeN DigiBook is that the piece of paper that says all the features that the Blu-ray has is just glued to the back and it comes off easily, leaving behind a black and empty back cover. The DigiBook is also thinner than a regular Blu-ray case, but you hardcore HalloweeN fans shouldn’t worry about the problems with the DigiBook because Anchor Bay also released the 35th anniversary edition of HalloweeN in a regular Blu-ray case. 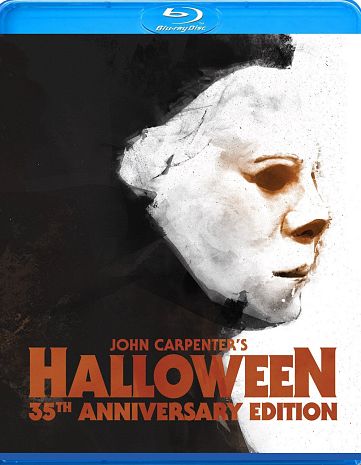 I’m not purchasing any of these. Not for the new commentary by Jamie Lee Curtis and John Carpenter (why didn’t they get it right the first time?), not because Dean Cundey supervised the transfer (why didn’t they get him to do it before?), not for anything. Anchor Bay just keeps re-releasing HalloweeN over and over, and impressionable hardcore fans keep buying it.