From the collection of Andrew (maverick96) comes two items signed by a man who needs no introduction – John Carpenter.

John Carpenter’s film HalloweeN and his character Michael Myers are the reasons why most of us are a part of this community. For some of us, though, it goes deeper than that. Some of us grew up with HalloweeN and it set the standards for what a horror movie should be. Michael Myers, meanwhile, sparked our imaginations. Why did Dr. Loomis refer to Michael as “evil”? What did Loomis know about Michael that we didn’t? 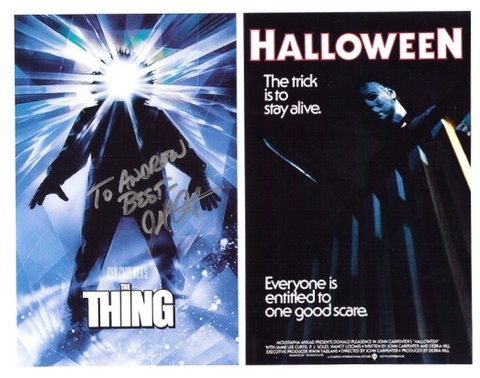 Through HalloweeN, John Carpenter presented the notion of evil without any religious connotations. Evil was rendered ordinary, relatable and visceral; this made the concept more frightening. Evil happenings could take place anywhere. 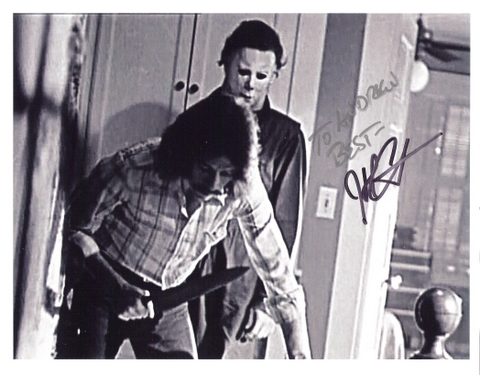 In Haddonfield, or in any other place, there would be no time to explain evil – not when surviving became the only priority. Autumn leaves, crisp and cooler weather, darker evenings became indicators of the Bogeyman’s arrival and presence.

Massive thanks again to maverick96. Awesome autographs, my friend.