If this bit of info is true, then a new Halloween / Michael Myers movie shouldn’t be such a far-fetched idea after all. Anchor Bay Entertainment has teased a big announcement for May 19, 2014 (05.19.14) on its Facebook page. Lots of speculation has ensued and many believe that a Halloween set containing every film in the franchise, including the Producers Cut of Halloween 6 The Curse of Michael Myers, will be released soon. Information has been posted to online retailer Amazon‘s website and it confirms that a set titled “Halloween: The Complete Collection Limited Deluxe Edition” will be released in the future.

Could this be it? Could all of the different film studios involved have set aside their self-interests and have come together to give something so nice back to the Halloween fans? We’ll see… 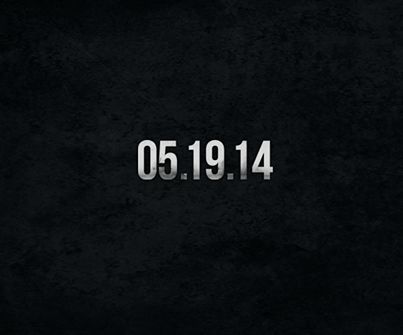 From Amazon:
“Halloween night – Haddonfield, IL. A young boy butchers his older sister with a kitchen knife. 15 years later, he escapes from a mental institution only to return home and terrorize the town, including babysitter Laurie Strode. Now pursued by Dr. Loomis, the doctor who tried to treat him until he realized that “what was living behind that boy’s eyes was purely and simply… evil”. His name is Michael Myers. And so began one of the most iconic horror franchises in history – what producers Moustapha Akkad and Debra Hill, writer/director John Carpenter and stars Jamie Lee Curtis & Donald Pleasence started has spawned 10 feature films and lasted over 35 years. Now, for the first time ever, experience the terror of every Halloween film available together in 1 set! This limited edition deluxe set includes 15 discs jammed with content Halloween fans will love. Brand new, never before seen bonus features including new interviews with cast and crew, commentaries, behind the scenes documentaries, and so much more. Plus, the NEVER BEFORE RELEASED Producer’s Cut of Halloween 6: The Curse of Michael Myers! The set also features both Blu-ray versions of Halloween as well as the Network TV versions of Halloween and Halloween 2. Here it is, the one that started it all – Halloween: The Complete Collection.”