Michael Myers’ escape by switching his mask and coveralls with someone else at the end of Halloween: H20 wasn’t the only vanishing act related to that film. There was another, more sinister disappearance connected to 1998’s Halloween: H20 and it’s an issue that isn’t spoken about much. It concerns the first DVD release of H20.

Halloween: H20 made it to DVD in 1999, a year after its theatrical opening. The Halloween: H20 DVD was part of Dimension Films’ so-called “Collector’s Series.” This was a new series of DVDs that promised to deliver top-notch special features for every movie that carried that label. At a time when offering a film in widescreen format was considered a bonus feature for a DVD, Dimension’s “Collector’s Series” aimed to include in-depth featurettes and audio commentaries. 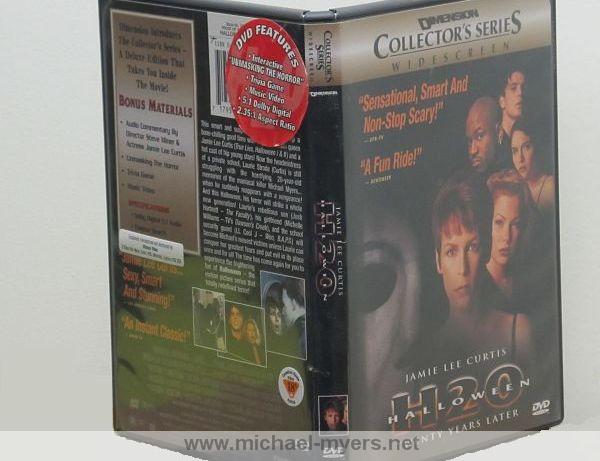 While Halloween: H20 had left me underwhelmed, I still bought the movie on DVD. In 1999, the price for a new DVD was in the area of $30. However, compared to the other DVDs that I owned at the time, the one for Halloween: H20 supposedly had special features that would justify the price.

The big draw for me was the advertised commentary by actress Jamie Lee Curtis and director Steve Miner. I was beyond disappointed when I couldn’t find this particular special feature on the DVD. The commentary wasn’t hidden on the DVD like an easter egg either. The commentary simply didn’t exist on the DVD. This was blatant false advertising and a deep betrayal. 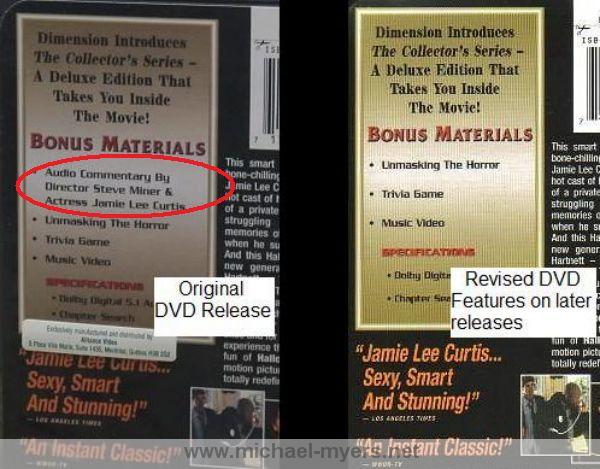 By purchasing this DVD right when it came out, I ended up with one of the initial copies that had the false statement about the Jamie Lee Curtis/Steve Miner commentary. Subsequent reissues of the H20 DVD make no mention of  an audio commentary. Instead of owning up to their mistake and apologizing to the fans, Dimension Films simply deleted some text from the DVD cover and swept this grave error under the rug.

This sour experience contributed to my dislike of H20 even more. It was also the first time that I suspected that maybe those in charge of the HalloweeN franchise didn’t give a damn about the fans (which, in any case, was true). Still, a few Halloween: H20 items have found their way to me. 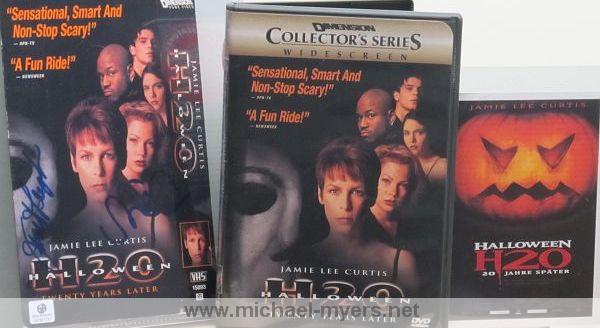 Pictured above are the Halloween: H20 DVD, an H20 card with alternate artwork, and a VHS box cover signed by H20 stars Janet Leigh and Michelle Williams. The later Blu-ray releases of H20 courtesy of Echo Bridge are even more horrendous than the DVD. Aside from being cheaply made, the Blu-rays don’t even have the lame bonus features that the DVD had.
Whatever is presented here is all the H20 material I’ll ever pay for. 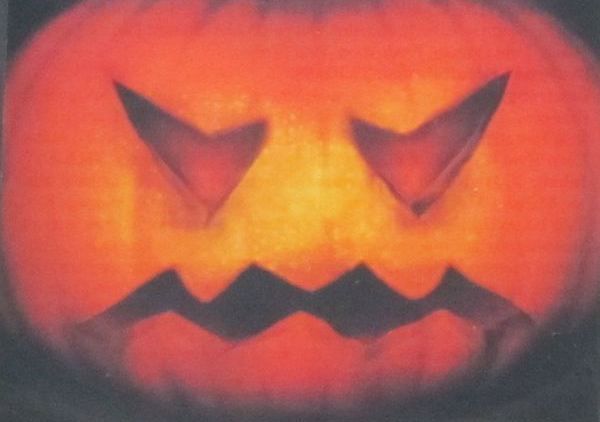