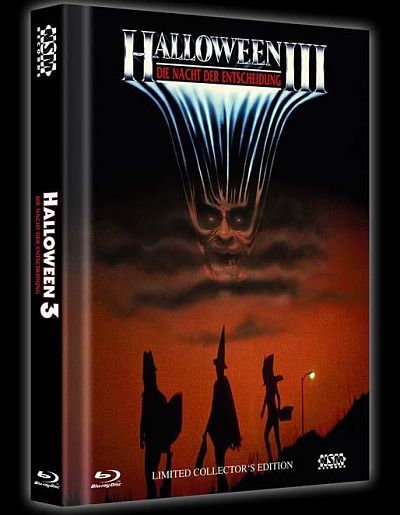 The film was directed by Tommy Lee Wallace, who was also one of a handful of people who played Myers and wore the Michael Myers mask during the making of 1978’s Halloween. Halloween III stars Dick Warlock as an android and Tom Atkins as an alcoholic that is out to save the entire world from an evil plot. 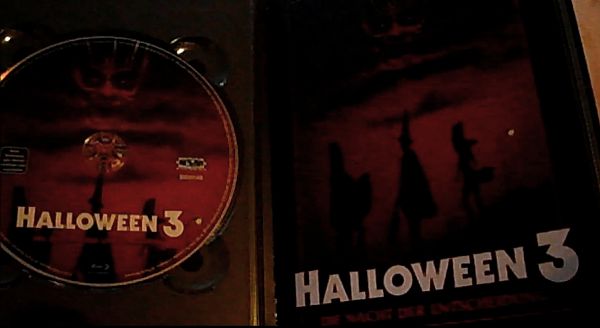 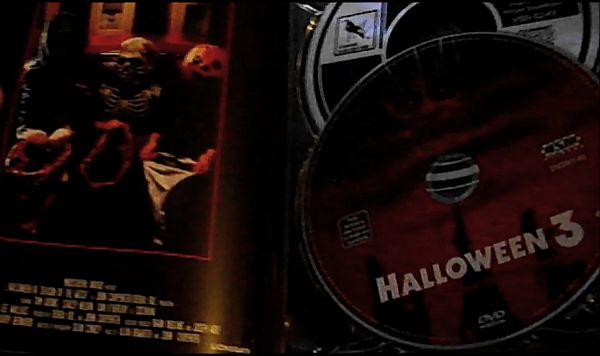 As with the other Halloween MediaBooks, this “Limited Collector’s Edition” has 3 discs including the Blu-ray of Halloween 3, the DVD for Halloween 3 and the soundtrack CD for the film. Aside from the 3 discs, the packaging of this item is what really makes this a must-have for collectors, even though the book portion of this set doesn’t have any rare behind-the-scenes photos and overall seems to be a little lacking compared to the other Mediabooks (it has fewer pages). 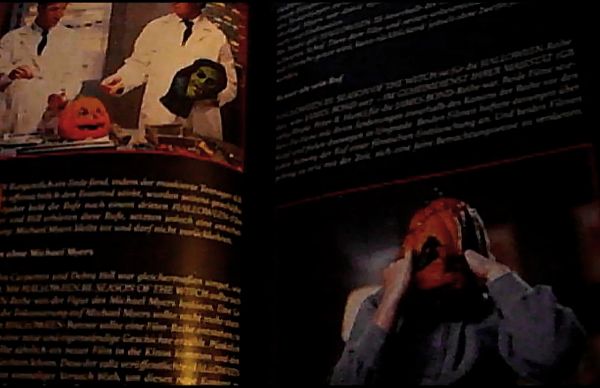 Also, if you know how to read German it will come in handy because the book’s notes are in German just like with the other MediaBooks. The Blu-ray disc is region B, meaning you will need a region-free player to view  Halloween III: Die Nacht Der Entscheidung if you live in the U.S.; the disc also includes 2 separate audio commentaries by Tommy Lee Wallace and Tom Atkins respectively. 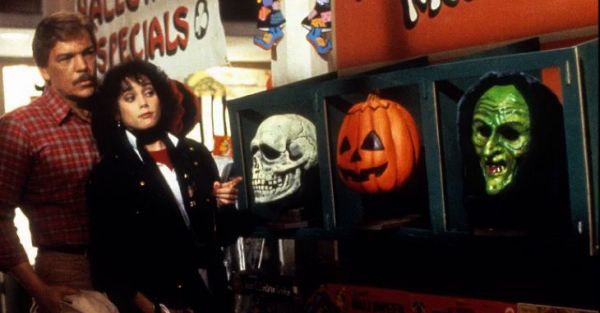