The final scene in Halloween: Resurrection was as predictable as they come. However, I’ve wondered about Michael Myers wearing the burnt mask in a direct sequel to Resurrection. I liked what Rob Zombie did in his Halloween films concerning the mask. He kept the story of the mask consistent by detailing the decay it suffered. The mask featured here is the one worn by Brad Loree in Resurrection after being wheeled into the coroner’s office. 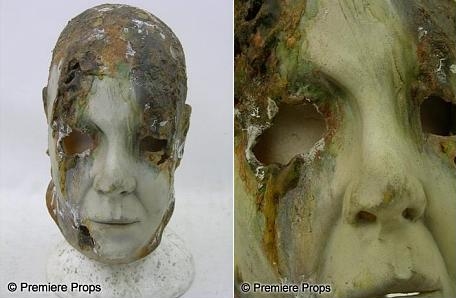 What if, years before Rob Zombie’s films, Michael Myers was already walking around with a mask that wasn’t incredibly pale (and had no hair)? Would Michael’s appearance still generate fear? (I’m also aware of the mask used in one of the alternate endings for Resurrection. But it looks silly because of the slash down the middle of it courtesy of Bianca Kajlich. I really like bringing up Bianca a lot, don’t I).

Given the story at the conclusion of Halloween: Resurrection, I guess Michael could’ve left the morgue with the smoky Mask, but he would eventually have to replace it. The cops would’ve been on the alert for a dude wearing charred clothing. As imaginative as the Michael Myers impostors tend to be, I doubt they could’ve obtained a mass-produced Burnt Mask from the local drug store. 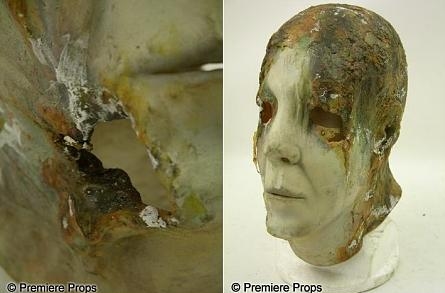 Unlike the other battle-damaged Myers masks that have appeared throughout the series (blood tears, RZ), the Burnt Masks don’t seem to get as much attention in the replica market. This particular Burnt Mask was auctioned off in October 2009 at an event sponsored by Fangoria Entertainment, After Dark Films and Texas Frightmare Weekend.

The past year of 2011 was also memorable for those seeking other Halloween: Resurrection memorabilia. As announced here on Michael-Myers.net, there was a charity auction held in late August. It was for a screen-used Myers Resurrection mask. There was also an eBay auction in the fall for one of the spiked tripod props used by Michael Myers to kill Charlie. The tripod sold for less than $200. This goes to show that you don’t need big money to build a screen-used prop collection. 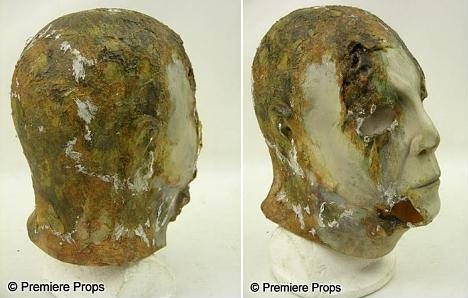