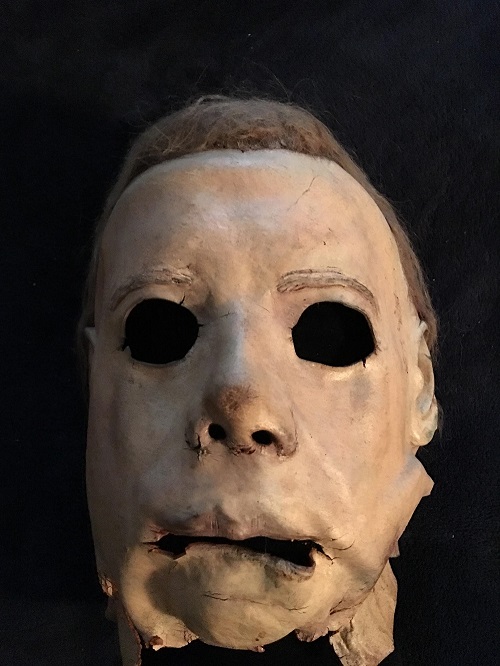 This is part one of my exclusive Michael-Myers.net interview with Mark Roberts who is the owner of the Halloween/Halloween II hero Michael Myers mask since 2003. My questions are in yellow followed by Mark’s answers in white. This was great of Mark to take the time to do for all of us and I certainly know I appreciate and enjoy it very much, I hope you will also.

Mark, I’d like to start by saying on behalf of myself, Derek, the rest of the moderating team and all the other members here at Michael-Myers.net, we sincerely appreciate you taking the time to do this interview. It has been 13-14 years since we have seen the mask so this is probably a bigger deal to us than you even realize!

The first question I have for you is what led you to acquire the Michael Myers hero mask from the classic films HALLOWEEN and HALLOWEEN II?

Mark Roberts wrote:I have been building and running haunts for the last 26 years. About 20 years ago I got in contact with an agent who represented Dick Warlock and asked about booking Dick for an appearance at my haunt. The funny thing was I contacted him to book Gunnar Hansen (the original Leatherface) and when we were getting that set up he told me he also represented Dick and asked if I would be interested in booking him also. So I set up to have Dick at the haunt and his agent said he had the mask and costume from the movie and would wear it at the appearance.

When Dick came to the haunt, he was mad at his agent because he said he does not wear the costume for appearances. He did tell me that he still had the costume, boots, mask, butcher knife and scalpel and that he would sell it; he just didn’t bring them out for appearances. Dick was great with the haunted house customers and hanging out with Dick and Cathy for the weekend was a lot of fun and it went so well we set it up for him to come back the next year. I’m not sure if it was after the 1st or second year but I called Dick up and we made a deal for me to purchase the mask, costume, boots, scalpel and knife. My wife and I went to Dick’s house and picked up the mask and costume and then that following year we had Dick appear at the haunt and we displayed the mask, costume and weapons at the haunt in Toledo.

*After the initial answer above Mark recalled a little more information and did some checking of his records to determine exactly when he went to pick up the hero mask, that information has been added here…

Mark Roberts wrote:Just thought of something else to share with you. It really is amazing that Dick thought to keep that stuff and take care of it, when I went to pick it up, he had kept the mask stored in a Elvis Presley tin container. I didn’t get the container, Dick is a big Elvis fan! I looked back (in my records) and found that I picked the mask up from Dick about 14 years ago, after he had appeared at my haunt for about 5 years. I used to have him and Cathy there every year. I really miss that! I need to have him out again.

Concerning the hero mask, the last time we saw a public picture of the mask was fourteen long years ago. Most of us guessed the hero mask was probably long gone by now based on the last few pics of it that we had seen. Obviously from the two pictures you shared with me for this interview, that is not the case! What measures did you take to preserve the hero and have you ever considered someone like Tom Spina (who did an AMAZING job restoring the part five hero) to give the H1 hero the same treatment?

Mark Roberts wrote:I have seen stories that I have had the mask rehaired and restored. Completely untrue, some of the stuff I have read on the internet is laughable. People I don’t even know have talked to me, ha ha. The mask is just the way it was when I purchased it from Dick. I pay to have it kept in an air tight container that is climate controlled and in the dark, It seems to be working well. The mask is really in the same shape it was as when I purchased it. I consider it to be the holy grail of horror movie memorabilia and I am doing my best to preserve it.

[In response to having Tom Spina possibly restore the H1 hero]

Mark Roberts wrote:I have thought about that and I may talk to him about it someday. He does amazing work. I struggle with the question is it still the original mask or not if you restore it? I think I lean a little more to having him bring it back to it’s full glory.

This next question is one that I have wondered about many times. What does the guy who owns the actual hero mask consider to be the best H1/H2 mask replica out there?

Mark Roberts wrote:I think the best replica out there is the KH/DW, the first one. However I have seen some NAG masks that are very nice. I’m thinking about purchasing one. I have collected Myers masks for years, just not much as of late. I even got ripped off by Gary the mask maker back in the day.

Mark this next one is a request instead of a question. It would be a HUGE treat for all of us fans to see a current pic of the hero, coveralls, scalpel, boots and knife if possible! It’s been about 14 years since any pics have surfaced and new pics would absolutely be the best Halloween treat we could ask for!

**Just a note: Mark obviously was kind enough to entertain this request, the cool part is he actually sent them a few minutes before midnight on HALLOWEEN! There were two pics of the hero, a pic of the boots, coveralls, Elrod knife and scalpel for a total of six pics. I’m going to show three pics here and three pics in part two of the interview.

Mark Roberts wrote:As soon as I get a chance to run over to where everything is stored I will get you a current picture of the mask.

Mark Roberts wrote:Just sent you some pics and before the masses start saying this and that, I still have the front neck piece that was off the mask when I received it from Dick. Just a few more facts, the Velcro Dick put on the back of the mask for filming is still there and except for the chin/neck area of the mask being stiff, (I assume because that is where most of the actors’ sweat went), the rest of the mask is still very flexible. 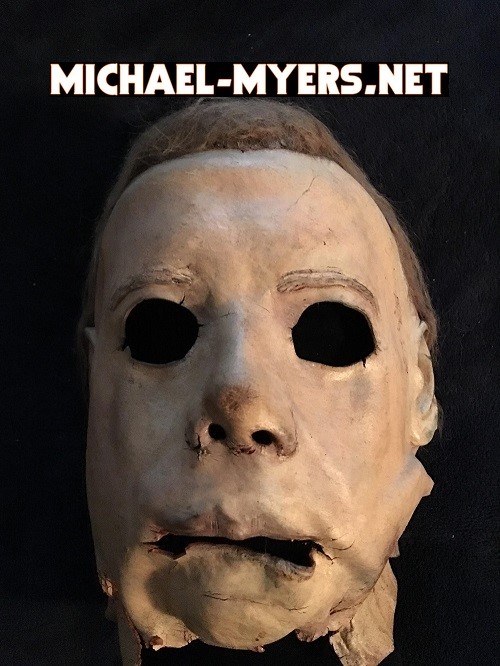 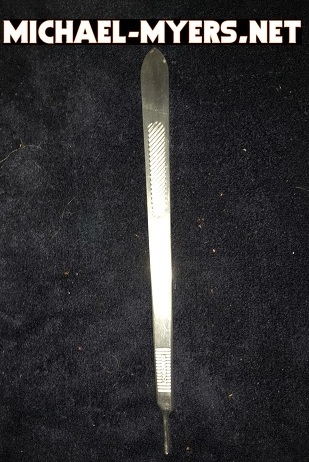 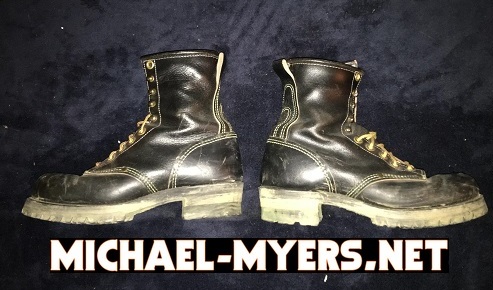 Some other questions I asked Mark and a few more questions from you guys will be forthcoming in part two of this interview. There will also be another pic of the hero, boots and coveralls as well!