Michael Bay may produce the next HalloweeN

In March, we reported that Michael Myers would not be returning to the big screen in the next HalloweeN film this year, as the film was given a “To Be Determined” release date.

Bloody Disgusting is reporting that Platinum Dunes is an emerging candidate to produce the next HalloweeN film, which was long been rumored to be in 3D. Platinum Dunes is a production company which was founded by Michael Bay, Brad Fuller and Andrew Form. They were responsible for producing several Horror remakes, including: Texas Chainsaw Massacre (2003), The Amityville Horror (2005), Friday the 13th (2009) and A Nightmare On Elm Street (2010). If Platinum Dunes produces the film, the 3D plans would likely be scrapped. 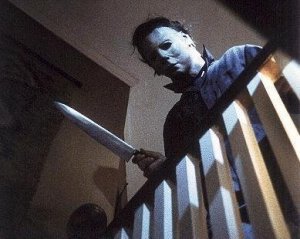 Many rumors have stated the possiblity of the film being a ‘found footage’ type of film (The Blair Witch Project, Paranormal Activity). However, last September we posted an exclusive story where Malek Akkad himself (Trancas International Films) called in and stated that the next HalloweeN film would NOT be a found footage film.

What would you like to see? A complete remake, a sequel, a 3D or found footage film? Chime in with your comments!