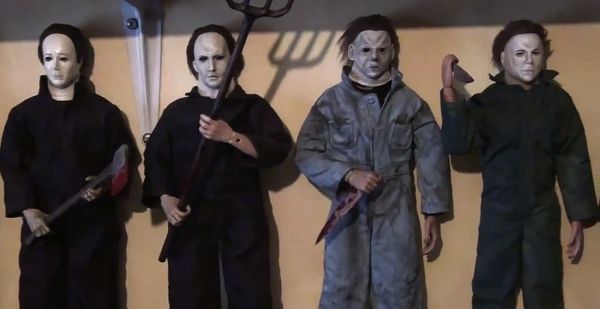 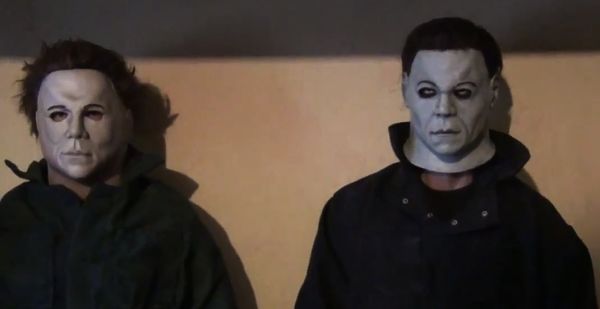 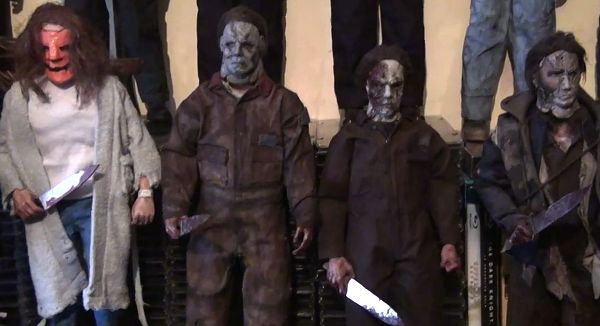 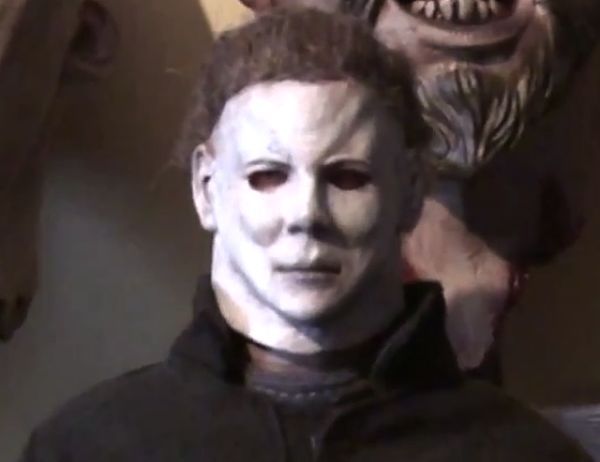 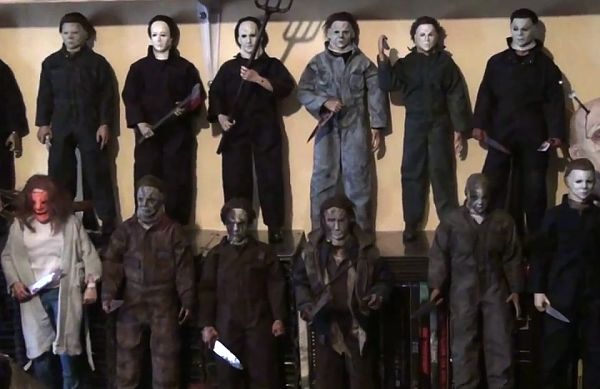 It’s been independent craftsmen who have produced the figures for the Michael Myers variants from the different Halloween films. YouTuber dropy21ans has an enviable horror collection, and a part of his collection is devoted to Michael Myers 1:6 scale, 12 inch figures from the various Halloween films. The photos presented here all belong to dropy21ans as does the video below, which lets us get a glimpse of his impressive Michael Myers collection. Check out the Michael-Myers.net Store for the real deal Michael Myers masks, and also check out dropy21ans‘ YouTube channel for more horror figures and collectibles at https://www.youtube.com/user/dropy21ans/videos.