As a kid, I was a huge fan of professional wrestling. However, my passion for this kind of entertainment waned as I grew up. One happening in particular contributed to my giving up pro wrestling almost overnight: The Montreal Screwjob. After that went down, I watched a few matches here and there, but never with the enthusiasm of before. 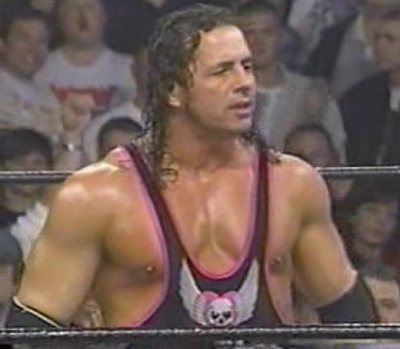 For me, pro wrestling was a fantasy world I could retreat into. The politics at work behind the Montreal Screwjob had made me lose faith. Then came the sobering documentary film Hitman Hart: Wrestling With Shadows. Shortly after, wrestler Owen Hart was taken from us in a tragic accident.

Through it all, I remained partial to Owen’s family, especially to his brother, wrestler Bret “The Hitman” Hart. Bret was always my favorite wrestler. He’s a sincere and honest man who has had to endure tremendous adversity in his life. He’s an example of resilience inside and outside of the ring.

How is this Michael Myers related? Since I had stopped watching pro wrestling regularly in late 1997, I missed most of Bret Hart’s post-WWE career with WCW. A while back, I tasked myself with documenting Bret’s tenure in WCW.

This meant I had to track down almost every match he had in WCW (yes, I know I’m obsessive). At the expense of doing other stuff (like studying for college exams and researching for essays), I watched hours of WCW footage.

On a 1998 airing of WCW Nitro, the show opened with a shot of the audience. In attendance was the star of the HalloweeN franchise, Michael Myers. Who knew he was into pro wrestling? 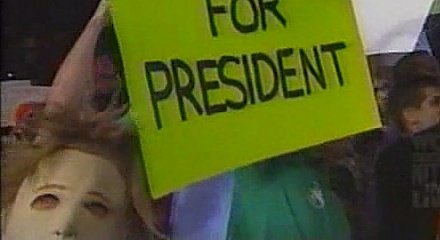 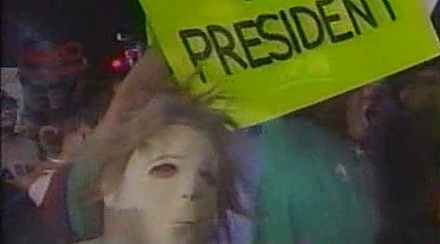 Ironically, we also received a fan clip today that was sent in – it’s a Michael Myers vs. Jason Voorhees wrestling match. We felt it was only fitting to share: