The year 1993 saw the release of John Carpenter Presents Body Bags. Body Bags is a 3 story horror anthology and features HalloweeN’s John Carpenter serving as our host introducing each short film. He directed the first two films in Body Bags, “The Gas Station” and “Hair” (the third installment was directed by Tobe Hooper). Carpenter also had a hand in composing the music for the anthology and he was one of the project’s executive producers. 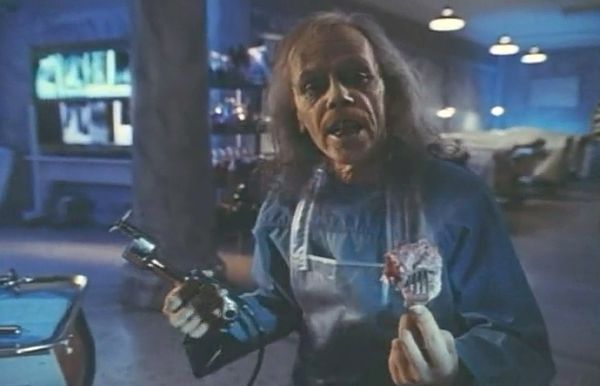 The first story, “The Gas Station,” is set in Haddonfield. It is a very effective exercise in suspense. We are told that a series of gruesome slayings have been taking place and that a psychopath is on the loose.

The main character, Anne, has to contend with this murderous stalker during her nightshift at the gas station. The short film’s music is unmistakably Carpenter’s. It is a sparse, synthesizer reliant and atmospheric score. When the killer approaches the gas station booth, the music is clearly derivative from that of HalloweeN (1978). 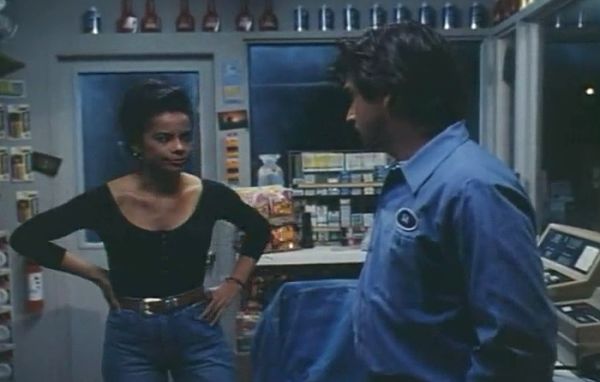 A particular scene recalls one of HalloweeN’s classic sequences. After injuring the killer, Anne runs from the gas station. The camera focuses on her in the foreground but we can see the killer in the background get back up slowly. This is very similar to when Michael Myers sat up after being stabbed by Laurie near the end of HalloweeN. 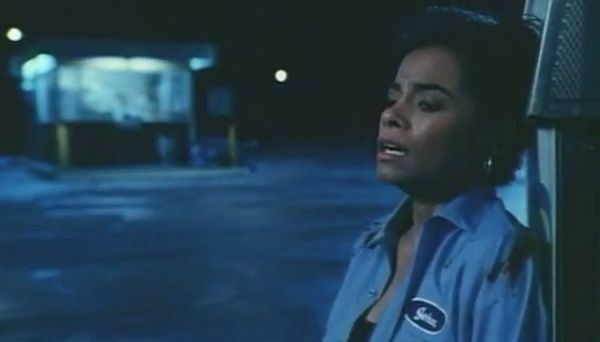 Because of the brevity of this first film (it’s less than 25 minutes), it doesn’t have time to become a tiresome endeavor. “The Gas Station” focuses on developing and rendering a solid narrative. This short film is one of John Carpenter’s better works overall. The movie’s tone, camera work, entertainment value and performances are better than what can be found in some of Carpenter’s other releases (e.g. the 1980 feature-length The Fog).

Much like with HalloweeN, John Carpenter creates plenty of suspense in “The Gas Station” using very little. The story is simple and the setting is minimal. The character of Anne said she was studying psychology at the “university” in Haddonfield. Perhaps she crossed paths with Professor Mixter. 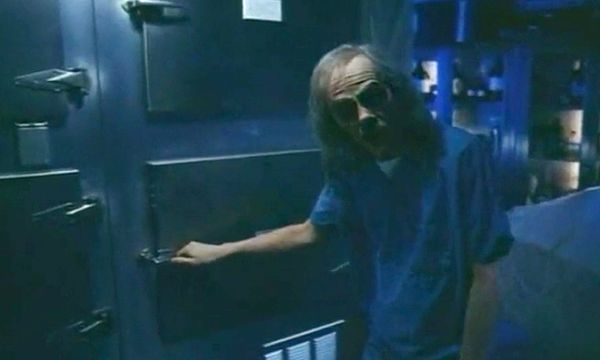 The second story, “Hair,” also directed by John Carpenter, is a hilarious venture. I usually dislike comedies, especially horror-comedies, but this one was very well done. The let down in Body Bags was Tobe Hooper’s film, “Eye,” which was an uninspired and flat effort.

It was due to the Haddonfield connection that I came upon Body Bags. I’m glad I watched it because I came away with more than just a connection to the HalloweeN universe. I prefer Carpenter’s two films here over his Masters of Horror contribution “Cigarette Burns” (2005) and the previously mentioned ghost tale The Fog.