Professor Mixter’s illegitimate dad, Dr. Mixter, was slain by Michael Myers in 1978 (or 1981, depending on how you view things). Professor Mixter never lived up to his deceased dad’s expectations. His dad was so disappointed in and ashamed of Professor Mixter, that he came back from the dead as a ghost just to disown him.

Dr. Sam Loomis asked Professor Mixter to join him in his crusade against Myers, but Mixter wussed out. He instead completed his studies at Illinois Technical and Practical Non-Thinking / Hands-On School after 25 years of giving it a go. He obtained a degree in Speaking English. Mixter barely passed and dedicated his certificate to his slain hamster and to his dad’s favorite brand of hard liquor. Professor Mixter was then considered for the lead role in Hobo With a Shotgun. 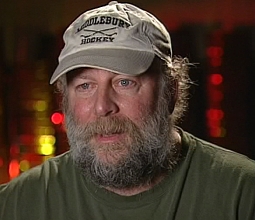 Contrary to popular belief, Professor Mixter is not a real doctor. His first name happens to be “Doctor.” This has understandably caused a great deal of confusion. For example, the faculty at the prestigious Haddonfield University hired Doctor Mixter as a professor in psychology. Mixter knew nothing about psychology (or anything else for that matter). The faculty believed him to be an actual doctor just based on his given name.

Once he gained access to the university, Prof. Doctor Mixter wanted to roll with the cool crowd. To this effect, Mixter tried joining the Fraternity of Thorn. However, he was rejected because his dad’s ghost was still a member of the Fraternity and he wouldn’t allow his own son to join. 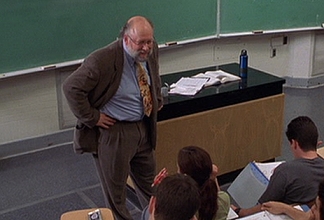 Prof. Doctor Mixter was praised for his rambling lectures and for his exceptional hearing (like when he heard Sara whisper something from all the way in the back of the room). He battled potbelly syndrome and baldness throughout his life. His best student in Psychology 101 was Bianca Kajlich (she was the only student who kept awake and didn’t feel suicidal during his classes).

Mixter was also adept at making what he called “movies.” He looked through a camera and directed a film entitled Halloween Too, which dealt with his dad’s spectacular death. Professor Mixter cast Busta Grimes in the role of his drunken father. After this experience, Mr. Rhymes quit acting, started drinking and became a rapper. While the reviews were mostly positive, Halloween Too caught heat for showing Myers marching like a robot instead of walking his usual way. 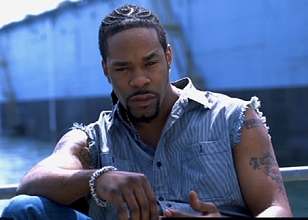 Following Halloween II, Doctor Mixter wrote and directed a sequel to Hitchcock’s THE BIRDS (cough).  Mixter called it The Birds II and the film starred the great Alan Smithee. Professor Mixter’s next movie was going to be a sequel to Titanic called Titanic II: Resurrection. However, before filming began, men in white lab coats involuntarily committed him to Grace Andersen Sanitarium (Psychiatric Care Facility).