Michael Myers to return to form in next Halloween film! 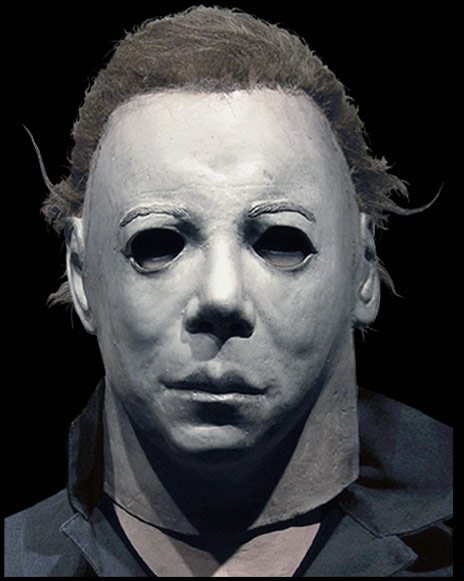 Most fans will agree that Halloween (1978) and Halloween II (1981) are the two best entries of the film franchise. After these two movies, the results are mixed.

There are many reasons that the films that followed lost some of the magic the first two possessed. Problematic storylines were part to blame, trying to “explain” too much about Myers’ motives was another but the largest problem may be a fundamental change to Michael Myers himself.

In the first two films Myers was a relatively normal sized guy who happened to possess abnormal strength and was difficult to kill. This played well into the mythos commonly believed about the insane demonstrating unusual strength. Basically if you were willing to stretch your imagination just a tad you could believe that a guy like this might possibly exist, this was a frightening realization! He wasn’t quite human but he wasn’t necessarily more than human either.

As the films continued Myers became a giant and more and more supernatural to the point that disbelief destroyed the illusion.

This issue will hopefully be addressed with the upcoming film scheduled for release on October 19th, 2018. Danny McBride (co-writer of the script) gave some new info regarding this problem when he spoke on the Empire Film Podcast #262.

Look at where the Halloween franchise has gone. There’s a lot of room for improvement,” McBride joked. David and I are coming from it as, we are horror fans, and we are humongous fans of John Carpenter and of what he did with the original Halloween, so I think from watching this and being disappointed by other versions of this series, I think we’re just trying to strip it down and just take it back to what was so good about the original. It was just very simple and just achieved that level of horror that wasn’t corny and it wasn’t turning Michael Myers into some supernatural being that couldn’t be killed. That stuff to me isn’t scary. I want to be scared by something that I really think could happen.

I think it’s much more horrifying to be scared by someone standing in the shadows while you’re taking the trash out as opposed to someone who can’t be killed pursuing you.

I personally favor the direction (back to the roots!) that Myers is apparently going in with this next film.  I liked Halloween 4 but Myers wearing football pads to look broader was silly.  In part 6 Myers looked like a senior citizen and in Rob Zombie’s entries, Myers became a giant.  Making Myers not super natural is good as long as McBride and Gordon realize that even so they must still yet push Myers to the absolute brink of being super natural.  I feel The Shape hangs on the thinnest of lines between the two!