It’s not a Michael Myers mask, but it’s still something very cool and creepy. It’s the mask worn by The Man (a.k.a. The Collector) in the films The Collector (2009) and The Collection (2012). In these films, The Collector wears all black and he appears to have some sort of eye anomaly that makes his eyes reflect light in different colors. When it’s time for The Man to carry out his crimes, he puts on his mask in a ritualistic fashion. The Collector carefully places the mask over his head tightly and pulls on the strings on the back, intently tying them into a knot. 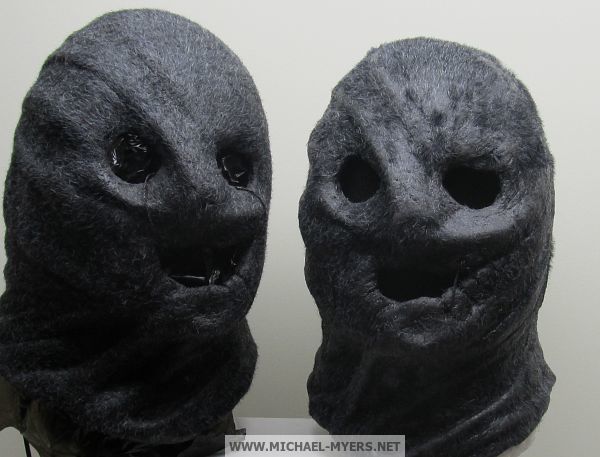 The Collector’s mask is a perplexing and disturbing sight. Essentially, the mask resembles a balaclava that’s been through hell. It’s asymmetrical with uneven eye-holes and a slashed mouth that is partially stitched up. When worn, The Collector’s mask looks strained, stretched and twisted out of shape. It also has a cat-like aspect to it. 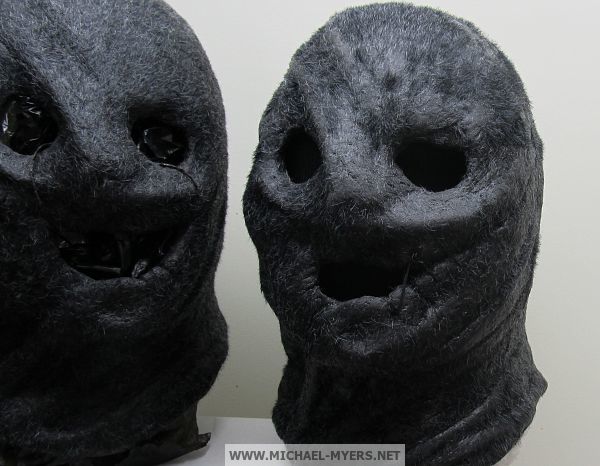 The replicas presented here (from the collection of The_H6_King) are the foam baked latex edition (on the left) and the  silicone version of The Collector mask. They were produced by a guy based in Germany who turned out to be a scammer. These masks were made using the screen-used hero Collector mask from the first movie. 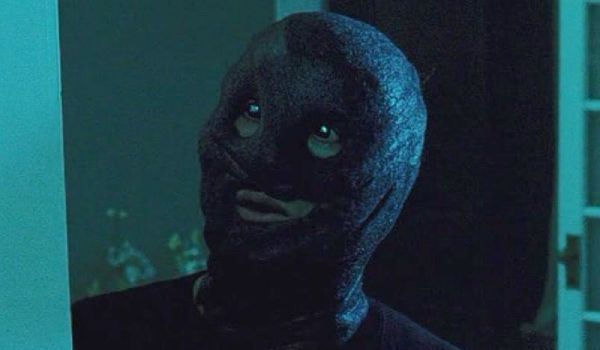 Much like Michael Myers, The Collector doesn’t speak and he sometimes tilts his head when committing his evil deeds. Unlike Myers, however, The Collector seems able to lead some form of normal life within society. As shown at the end of The Collection, The Man lives in a nice house, has a job and wears regular clothing when he’s not killing people. 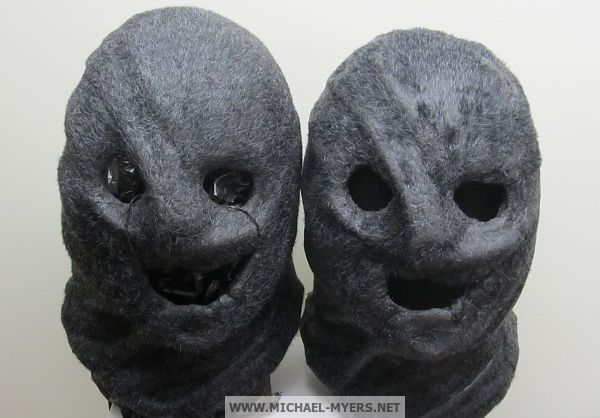 The Man’s crimes are Saw-like in nature. They often involve sadistic traps that are designed to murder any number of people. The Man’s personal weapon of choice varies. He has used knives and firearms, but he’s also skilled in hand-to-hand combat. The Collector is one of the more interesting horror villains of recent years. The character’s psyche and motivations remain largely unexplored, leaving fertile ground for future storytelling.

A mass-produced Collector mask exists. Here is the stock photo for it: 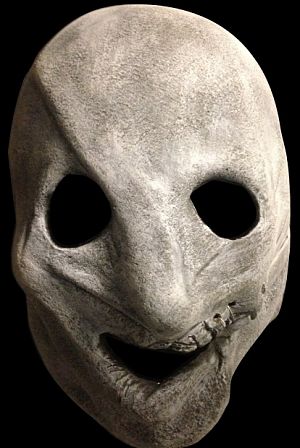 Other Villains and Masks:
Dr. Decker Mask from Nightbreed
Chiller Mask by Trick or Treat Studios
Not Michael Myers: Haddonfield’s Other Serial Killer
Mr. John Strode of HalloweeN: The Curse of Michael Myers