Dr. Loomis, as played by the great Donald Pleasence, went through several characterizations over the course of five Halloween films. Halloween (1978) presented us with a serious and restrained Dr. Loomis. He gave his take on Michael Myers’ nature with memorable lines and speeches. Hearing Loomis, a man of science, speak of evil and the devil was both unexpected and refreshing. 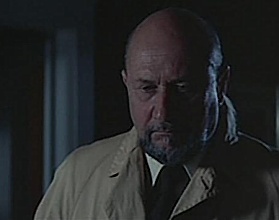 Loomis proved to be single-minded. If Michael was an unstoppable evil, then Loomis was his unstoppable opposite. Other defining traits were established as well. Loomis wore a trench coat and always carried a gun, which he never hesitated to use.

Halloween II (1981) featured another facet of Dr. Loomis. He cared what others thought of him. This was evidenced in the scene where he defends himself from accusations that he had let Michael escape. The realization that his theories about Michael Myers were true seemed to push Loomis toward mental instability. This in turn made him completely dedicated to defeating Michael at any cost. 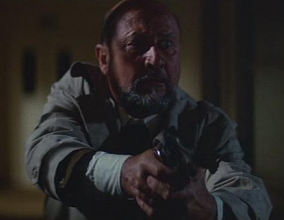 In Halloween II, Loomis showed defiance to the law when he pointed a gun at a police officer and shot out a car window. While he was a caring man (he told Laurie that he was sorry he left her), Loomis didn’t express guilt about the role he may have played in Ben Tramer’s death. In the final moments of the film, Loomis resorted to self-sacrifice to destroy Myers.

The Dr. Loomis in Halloween 4 (1988) is a man who has been to hell and back. Loomis acquired long-term injuries in Halloween II, but he can still take a beating. He was thrown through a door in the school by Michael and survived an explosion at the gas station. 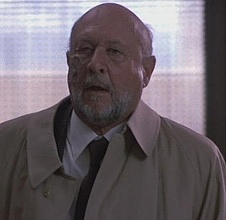 Loomis continued to show that he would stop at nothing to capture Myers even when he was ordered not to go to Haddonfield. He again demonstrated self-sacrifice when he placed Rachel and Jamie in Meeker’s house. Loomis then left the supposedly safe residence to try to bring down Myers by himself.

The events at the end of Halloween 4 pushed Loomis over the edge. Halloween 5 (1989) showed us a Dr. Loomis that was unethical in his medical treatment of Jamie. Loomis himself had become unhinged. He used Jamie, his patient, to gather information on Michael. He then put her life at risk by using her as bait to trap Michael in the Myers house. Loomis finally succumbed to exasperation and frustration, and beat Michael with a wooden plank. This event caused Loomis to suffer a stroke. 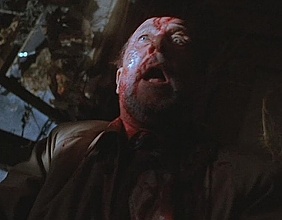 In Halloween 6 (1995), Loomis is retired from the medical profession as well as from pursuing Michael. His health has sidelined him, but he has come to terms with his life and work. As shown in the scene where he smiled and chuckled at the radio show’s implication that he was dead, Loomis has recovered a sense of humor not seen since the first film (when he played a prank on some kids). 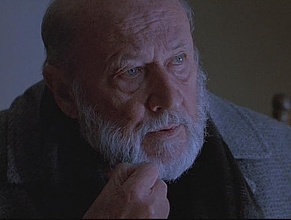 Soon, Loomis was drawn back into the hunt for Myers, and some of his old ways reemerged – he armed himself with a gun. However, in contrast to some of the other movies, Loomis showed compassion toward Michael’s victims. He was upset by Jamie’s murder and pleaded with Mrs. Strode to move out of the Myers house. At the film’s conclusion, Dr. Loomis knew that his time had come – that he could no longer fight Michael and the Cult of Thorn on his own. He decided not to join Tommy and Kara. He instead let them leave without him. Loomis watched on saddened, but relieved and satisfied. He knew that his legacy and the fight against evil would continue through his new friends.